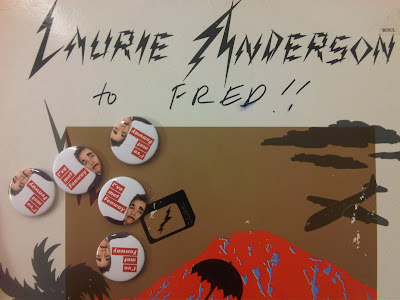 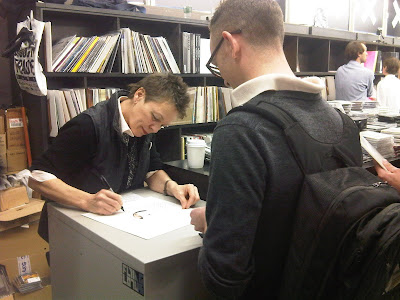 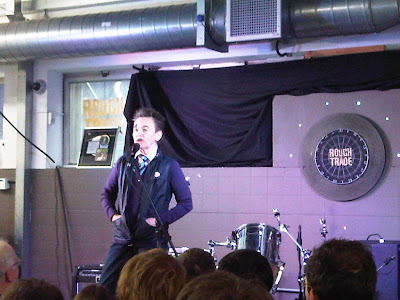 Today I celebrated International Independent Record Store Day by heading down to Rough Trade East to see Laurie Anderson for an in-store performance.  What better way to do it?!    As it turned out she came on stage in the guise of her latest character Fenway Bergamont with drawn on eyebrows and stick-on moustache.  Speaking through an electronic effect in a deep male voice, Fenway invited questions from the audience in an open Q&A session.  In her hilarious answers she posed the question why should the UK have named itself "Great" Britain...............just to deceive the rest of the world of its size and enforce its importance during colonisation............and to that effect why didn't other countries follow suit such as "Sexy and Suspicious Sweden".  She ended on a message to aspiring artists to stick to their guns and call themselves "artists" with no self conscious analytical doubt................no one cares what you do in the way that no one really cares about anything that isn't of importance to their own ego SO "go knock yourself out and do exactly what you want".  Hokey Dokey!  If its worked for Laurie, I reckon its worth a go!  She was the official artist in residence of NASA after all!
Posted by fredbutlerstyle at 12:53