Sunday 9th May: Machine A with Charlie Le Mindu 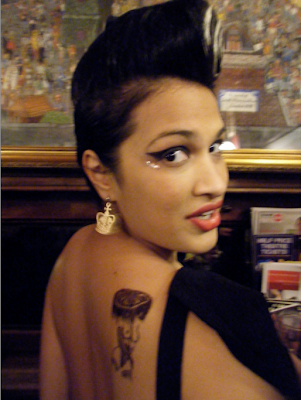 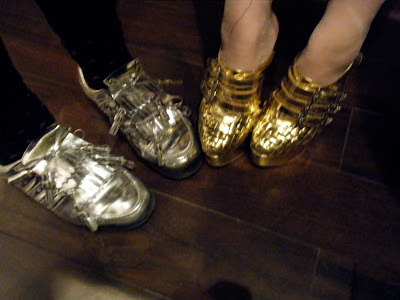 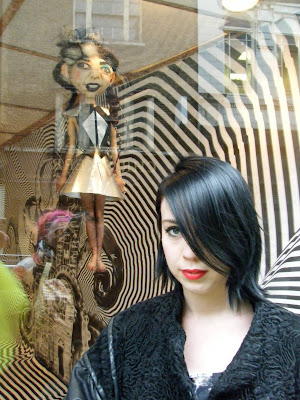 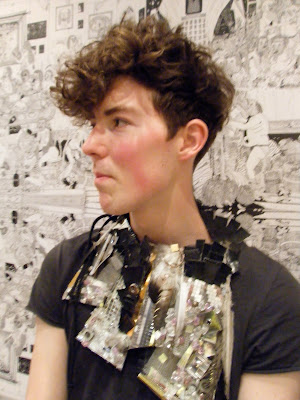 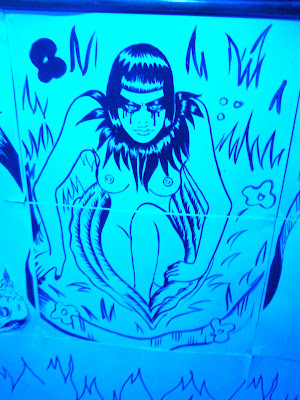 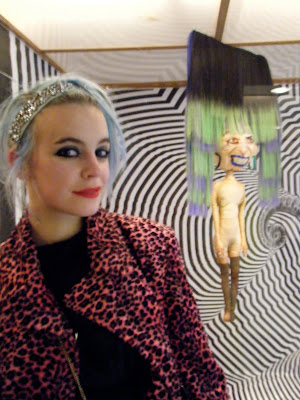 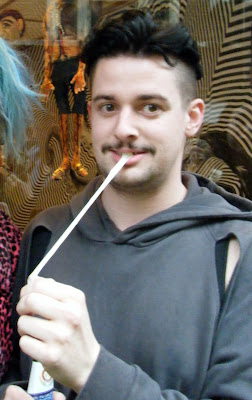 After my Mirror Mirror encounter with Leith Clark I ventured round the corner of Oxford Street to boutique Machine A for its 1st birthday anniversary and celebration of 1 year stocking milliner extraordinaire Charlie Le Mindu.  Founder Stavros Karelis and buyer Paul Joyce opened the doors to a special live installation staged by Charlie and his stylist Anna Trevelyan with set design by Alun Davies.  Charlie's hair sculpture artwork had been used to create a sinister graveyard in the basement gallery of the shop with spirits risen from the tomb and roaming around (3 naked ladies crawling around on all fours).  This kind of thing totally freaks me out so I didn't stay long enough in the zone to get photos but perhaps they may have been to explicit to publish anyway!  The gravestones had a contextualised Cathy De Monchaux quality and the girls were acting out a kind of unsettling  Araki bondage scene as if a photo had come alive.  My head is full of rainbows and sweet smelling kittens and sometimes an antidote to my Care Bear fantasy can catch me out!
Not perturbed I stayed to the end and had a lovely time catching up with lots of familiar faces and the extended family of the emerging scene who turned out in support.  Its a guaranteed good crowd at a Machine A opening with one particular wash out Summer evening last year where we all ran the gauntlet of Soho's streets that had turned into the Ganges to get there.  So high five to everyone involved for another great success!
There is a special t-shirt now on sale to commemorate the occasion with an illustration of Charlie's work by Stefan Schwartzman.  Fake tattoos of the drawing were printed up for the event and here you can see the beautiful Bishi sporting one on the back of her shoulder.  Head down to the shop to get your own limited edition Charlie T!
(top to bottom:  Bishi, metallic shoe trend, Gemma Slack infront of the current window display  by artist Celia Arias featuring a doll of her own work, Alun, installation illustration under UV, Anna infront of the Charlie doll, the man himself)
Posted by fredbutlerstyle at 03:43

actually the dolls are made by celia arias (a stylist / artist) for the installation, you might want to mention it in your post, so it looks like you researched it a tiny bit.
x

Thanks for the info NewHQ

Im not quite sure I like your tone here as I do actually conscientiously spend an inordinate amount of time researching for this blog but momentally slipped up on not mentioning Celia.