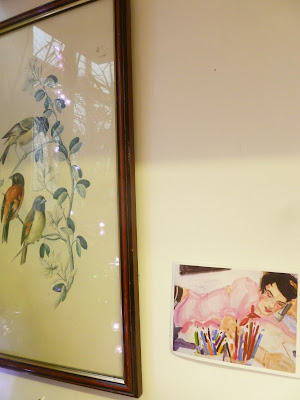 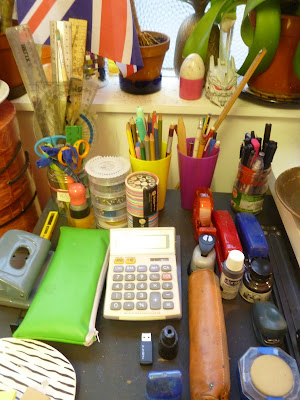 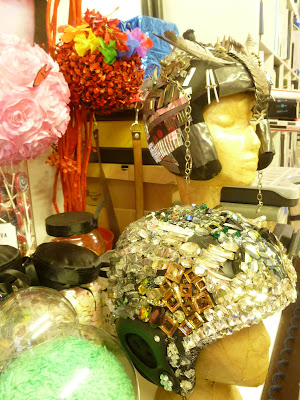 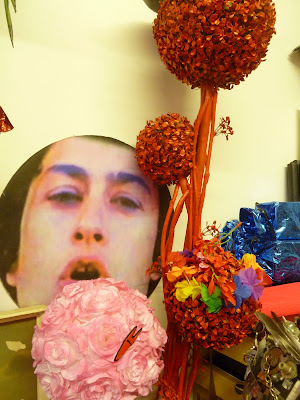 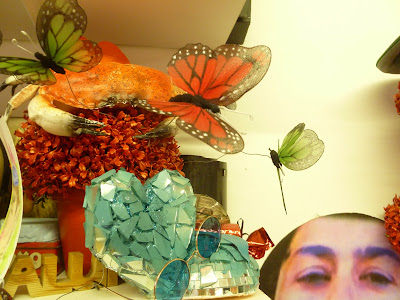 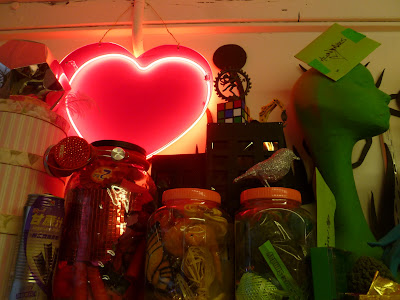 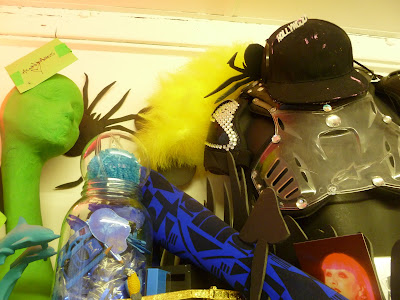 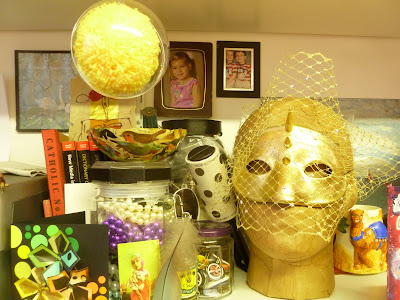 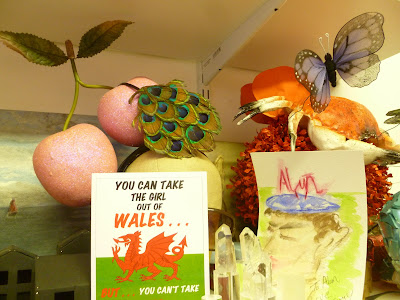 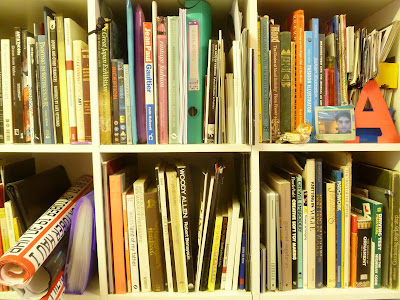 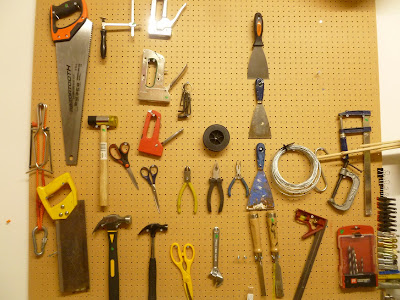 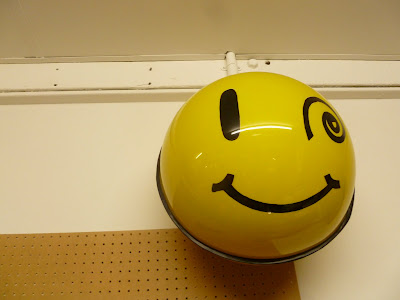 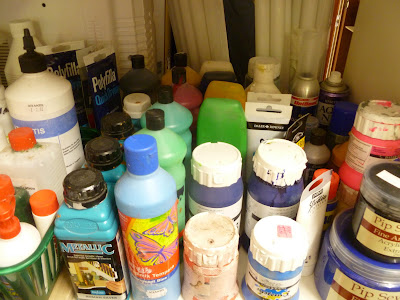 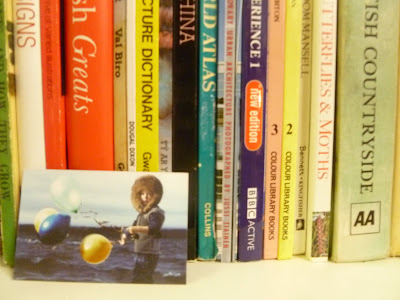 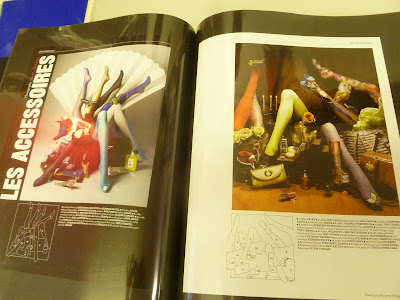 This season I had the pleasure of working with Alun Davies on the art direction of my LFW presentation, exhibition space and fashion film. As the most softly spoken man in set design, it's a wonder how the rest of the team heard us at meetings ...... a trait we both share in our shy personas.......... just one similarity in both of our stories ........... another being that we both assisted Shona Heath. When I flew the nest to the freelance realm, I handed over the baton to Alun who had joined the team to intern. Now we both have our own enterprises and studios just a short stroll from Shona's which was one of the very first artist's blocks to emerge on Shacklewell Lane.
In a breather inbetween season's I took a saunter up the road to Alun's new workshop to find out more of his history and what to look out for in his future plans. Alun has recently taken residency near Rectory Road with Piers Atkinson and a handful of other creatives including Emma Roach. It was with both of these friends that Alun started producing projects under his own name. Originally from a graphic design education at Kingston University, Alun was always keen on exploring 3D disciplines to execute his ideas. This lead to a tutor pointing him in the direction of the pioneering SHOWstudio platform and a period of shadowing Penny Martin and Paul Hetherington. Alun has fond memories of this chapter taking on responsibilities for visualizing and constructing maquttes to be filmed for various features going live on the site. It was an exciting interim of witnessing Nick Kninight establish the "Home Of Fashion Film " and the perfect place to plant the seed of possible career options to pursue. Until this time Alun was still making the transition from creating photographic imagery to a new understanding of a role in creating the physical props and sets within pictures. Alun was in heaven helping out on set with the likes of Juergen Teller, Michael Howells, and Simon Foxton whilst forming his own connections with other assistants at the time including photographer Jez Tozer.
SHOWstudio's unique collision of art, music, fashion and performance that took place on a daily basis instilled a passion for Alun to follow. His very first commission came from Lara Ferros for Plastique magazine, to build a set in reference to a junk theme. Having just become friends with the ethical designer Lu Flux, he had an automatic resource of recycled goods to raid. Amongst the range of retro wares were some rugby helmets which Alun decorated with other smaller components in the loot. This one article was such a success that a second job came in to cover helmets in Swarovski crystals and then a third to travel on location to Wales with Kim Howells. For this story Alun glued nuts and bolts to breast plates and shin pads - covering cyber armour and cementing a firm collaborative partnership to flourish further (eg. with her designer clients). Probably his most notorious embellished armour was for Lady Gaga's Monseter Ball. His current flatmate Anna Trevelyan worked with him to develop motorbike helmets with fins and shoulder pads covered in mirror tiles for the troop of dancers on tour. In the family tree of London cross-pollination, Anna introduced Alun to Charlie Le Mindu and the three combined forces on an installation for his stockist Machine A. The basement of the boutique became a habitat of Le Mindu signature sinister surroundings and Alun was on board the Belgian's burgeoning scene. He was soon made acquainted with Charlie's Berlin connection - Peaches (a former client when he was a hair dresser in the city). Whilst visiting London for the festival circuit she broke her ankle and Alun stepped in to "Pimp" her wheelchair ride. In under 24hrs Alun had decorated the device with pink weave and delivered her backstage at Lovebox, literally pushing her to curtain call. This was the very beginning of partnering with Peaches and a journey which took him back to her home town and art directing the production of her first opera. The spontaneous over-night transformation of some crutches ended up in taking on the task of designing the set for an entire pop musical in a completely new country!
From this European experience, Alun extended his network and has since helped the two capitals creative undergrounds collide when Layall Hakaria asked him to oversee the concept for his arena of the NYC Downlow at this year's Glastonbury Festival. Alun brought over performance Danni Daniels to host the extravaganza "Bedlam vs. Benidorm". The success of teaming up with Hakaria has seen exhibitions for the House of Organza and now the latest and most current collaboration on a Christmas concept for Vogue Fabrics. For the first day of December, Alun dressed Dalston's premiere drag destination with a giant red ribbon to draw attention to World Aids Day. This installation was then upgraded with the addition of a grotto graveyard and performance of Princess Julia appearing from a coffin casket.This has kick started a month of events and a daily morphing window display as an alternative advent calendar with a new door for each day - literally! Alun has also been responsible for the festive identity of Aqua stores fitting out their facades with neon sculptures.
This is just the cherry on the top of the current work-load for Alun who makes his props alongside the fruit and feather milliner Piers Atkinson who he shares his studio with. To recap on the magnificent work Alun did for Piers last season check out this documentary of the presentation at the Sanderson with Paloma Faith and fashion film with Zaiba Jabbar at Zandra Rhodes penthouse. ......... and be sure to revisit the cosmic underwater worlds he magic-ed up for my film and show with musical score by Patrick Wolf....

Keep track of what is coming up for his live advent calendar over at his twitter, Blog and Newsletter............... and click on all the links above to see my archive posts on the projects.
Posted by fredbutlerstyle at 08:46