"Going along the lines of things lighting up in the dark was a lovely installation chinese artist Chu Yun in the Arsenale (the original shipyard of Venice that runs an impressive 316 meters long, housing the large curated exhibition Making Worlds by this years director Daniel Birnbaum).

'Constellation' consisted of a pitch black room with literally a constellation of tiny different colored lights taking up the space. Thanks to the amount of photographers snapping away, it was revealed that the lights actually came from a plethora of standard household appliances positioned in random places in the room, much in the same way as they would be placed in a house.   (it did look better in real life!)" 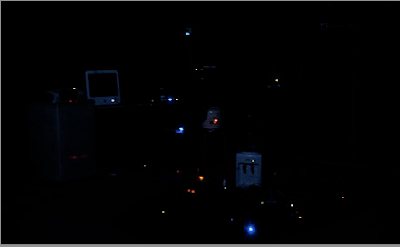 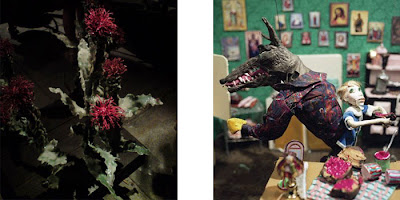 "Miranda July, writer, director and star of the film Me and You and Everyone We Know, presented a piece of work Eleven Heavy Things which were eleven outdoor sculptures made for one to pose with pedestals to stand on, tablets with holes for body parts, and free-standing headdresses with texts written on them such as "This is not the first hole my finger has been in, nor will it be the last" 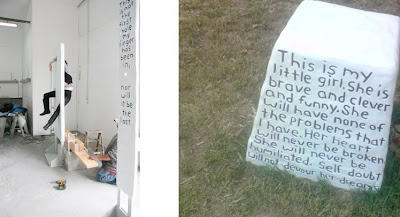