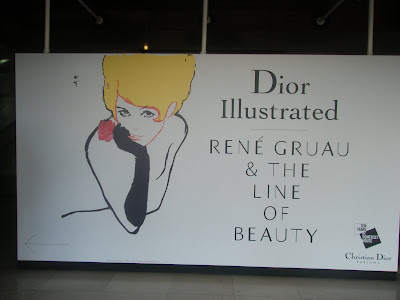 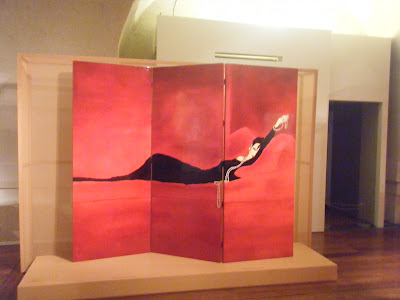 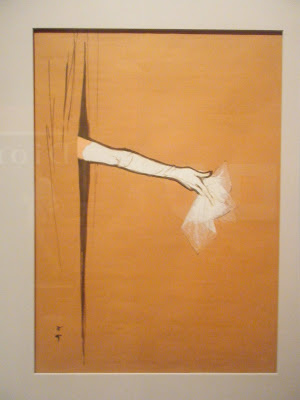 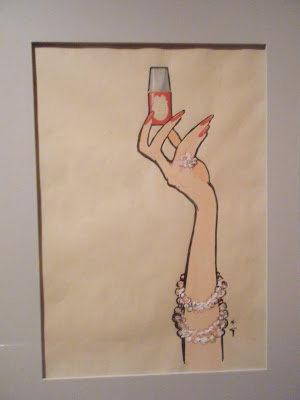 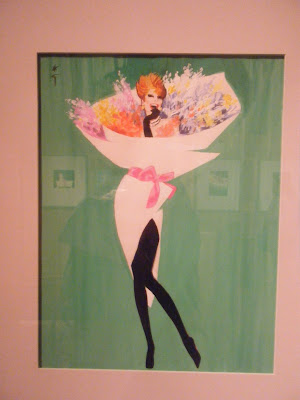 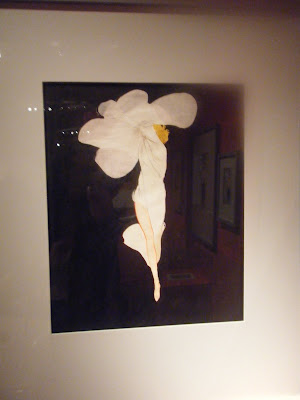 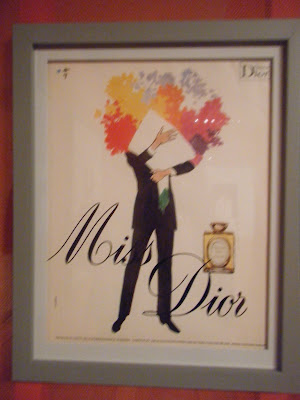 I haven't had a chance to get down to Somerset House yet for this exhibition as its been all hands on deck at my studio. But Emily went to scope out the situation to share just incase I don't manage to make it in time...........as so often regrettably happens. Here is a taster of what is apparently a fab show of René Gruau's original illustrations for Dior in varying formats. These drawn works are accompanied by actual Dior Haute Couture gowns, selected for the show by John Galliano complete with a dress of his own design in homage to Rene.
With an exhibition dedicated to fashion illustration across the river at The Design Museum its perfect happenstance to have a retrospective of the master at the same time! Between the two, there are lots of activities and events to look up and get involved in .......... including Greg Burne, Director of Big Active talking about Fashion Illustration in Advertising ................... and Stephen Jones in conversation with Colin McDowell...........Sketchbook Magazine hosting Illustration workshops and talks from Richard Nicoll, PPQ, Bora Aksu and myself with Hwyel Davies about his new book "The Fashion Designers Sketchbook".........