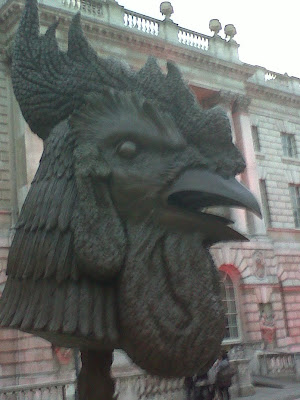 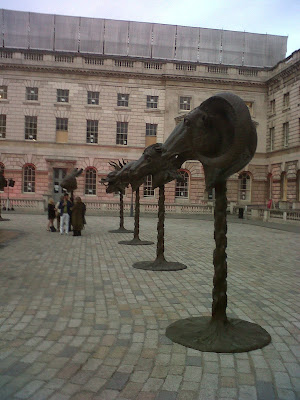 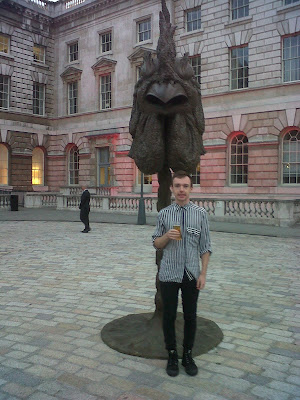 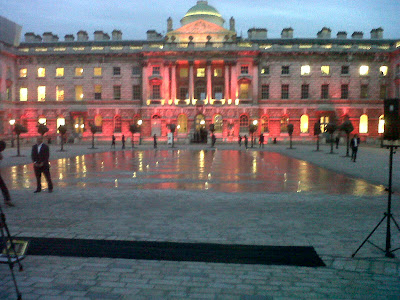 Last week I visited Somerset House and saw sculptures being arranged in the courtyard. Each piece was covered in protective packaging but I could just make out that the shapes were animal heads from the silhouettes of ears popping out. I returned later to see Ekow Eshun with a camera crew and wondered what was going on?! The following day Craig Lawrence sent me these snaps from the private view and all was explained. The 12 bronze zodiac heads are by Chinese artist Ai Weiwei who has been missing since April 3rd when Chinese authorities arrested him. Due to his relentless political motivation in creating works with a message to communicate his country's unrest, it has resulted in his abduction. This unquantifiable breach of human rights by enforcing an unnecessary sacrifice on an artist's free speech has ironically brought more attention to the issue Ai Weiwei is aiming to expose.
Since the ceramic Sunflower Seed installation in the Tate Modern's Turbine Hall last year, 2 new shows of Ai Weiwei's work open in London this week. The Zodiac heads are a reinterpretation of original artifacts ransacked from the Clock Fountain of the Summer Palace outside Beijing by French and British troops in the 2nd Opium War. The loss of the national symbols (2 of which discovered in the collection of YSL) has been interpreted by Ai Weiwei to highlight the heritage of Chinese culture currently under threat from industrial revolution. Ai Weiwei's intention with the works is that they appear immediately as beautiful monuments to have your picture taken with (see Steve here!) but the secondary subconcious statement is more sinister.
If you see the exhibition at Somerset House, be sure to also visit the Lisson Gallery showing more mixed media sculptures. Han Dynasty pots have been dipped in mulitcolour industrial paint and a coffin has been carved from wood salvaged from a temple destroyed to make way for new development. Ai Weiwei recycles materials in this way to create visually stunning sculpture whilst simultaneously bringing awareness to the corruption of China's communist dictatorship. Apparently this subtle warfare through art is an arrestable offence and unimaginably Ai Weiwei is currently paying the ultimate penalty. London is incredibly lucky to have received the pieces to exhibit as originally intended so it's an opportunity we must make the most of so Wei Wei's conviction is honoured - a crucial cause close to his heart.

See more at the Somerset House site and Lisson Gallery site.
Posted by fredbutlerstyle at 14:31