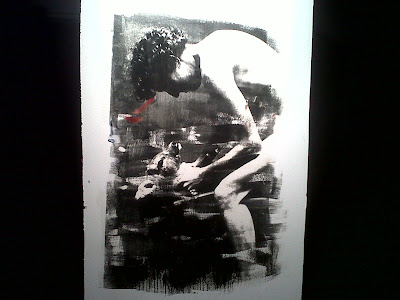 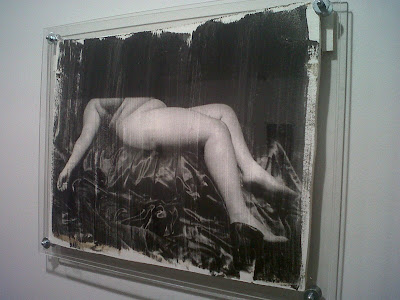 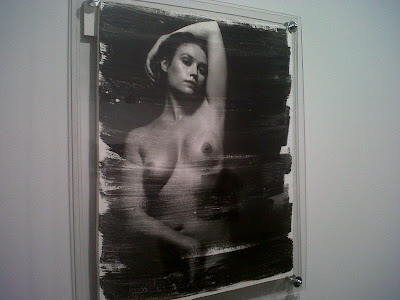 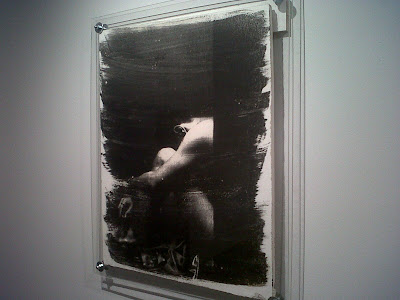 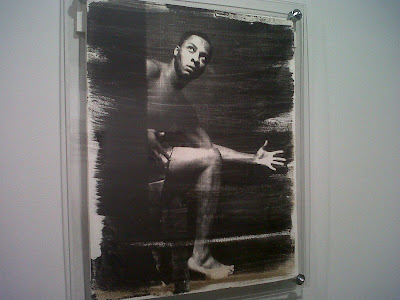 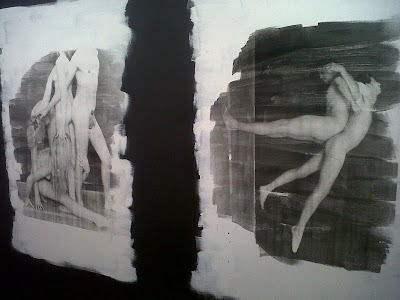 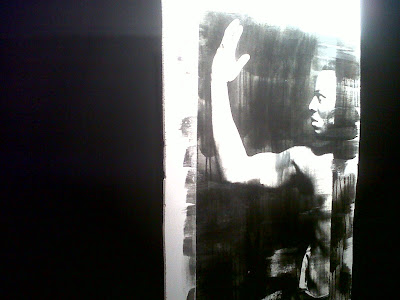 Ever since I became aware of Walter Hugo's photographic work and insanely inventive self taught technique, I have been a big fan and fond of following his progress. Known for his pin hole camera portraits exposed on glass plates "Reflecting The Bright Lights", this new show takes a different direction in the physical process of developing the imagery. This time Sean has painted solution directly onto the emulsion surface of the wall, turning the gallery into a darkroom as a site specific show initially having used the space to shoot the fresco. The remainder of the collection are slices of another wall ............ his old studio which he took apart with a jigsaw to cut out the renaissance inspired nudes. Instead of being defeated and disheartened when served notice on his space due to a demolition sentence on his East London block - he switched the set-back into a positive purpose. To withhold memories from his chapter at the self constructed studio / gallery he came up with the "Developing Shadows" concept and used his surroundings as the material for the final pieces. You can watch this documentary clip to find out more...........
To see the show of portraits of his artist friends, head to The Cob Gallery NW1 6-29th Oct
To see his work for SHOWstuido "Practice to Deceive: Smoke & Mirrors in Fashion, Fine Art and Film" go here
Posted by fredbutlerstyle at 02:35