Friday 3rd Aug: ADIDAS All In 2012 customizers - TeamFB for Fencing 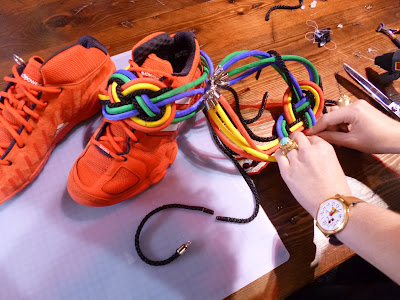 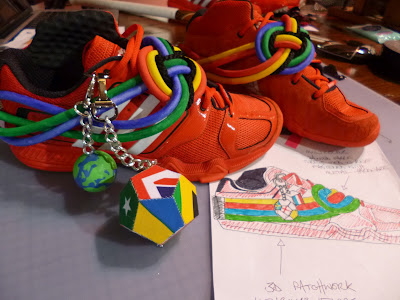 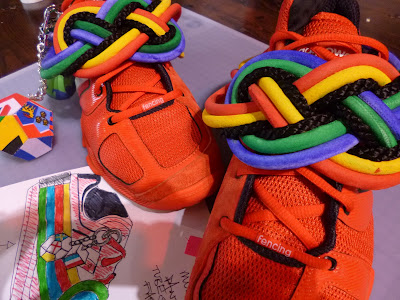 Here is my last post from my time as an ADIDAS customizer at the Olympic Games and the brief for this fencing shoe was to encapsulate the idea of the eyes of the world on London.  ADIDAS asked me to visualise the notion of the international audience focusing on the best athletes in the universe as they smash records across every discipline............... therefore we painted a ping-pong ball with the globe map and used the world flags as fabric to construct a keyring.  Watch Ian Pons Jewell's film to hear more of my explanation which I had to record mid-flow of sewing ........... and also see my fab teamFB in shot - Rosy and Keely who are the best in their game and win gold for performance in my own invented sport of simply being rad!  Thanks girls!!!!
Keep up to date with all of the customizers each day in the films to come over at All in. All 2012.