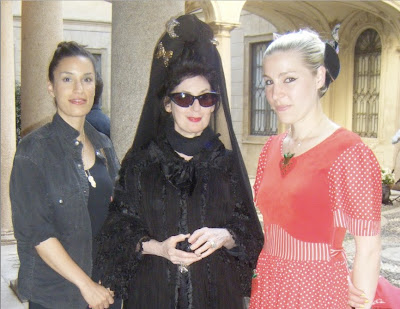 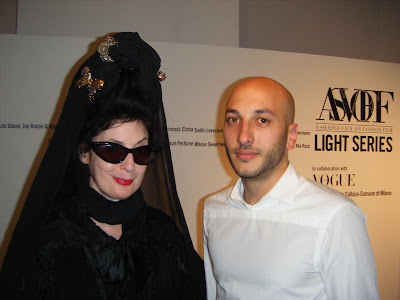 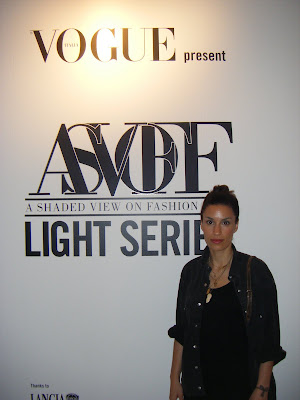 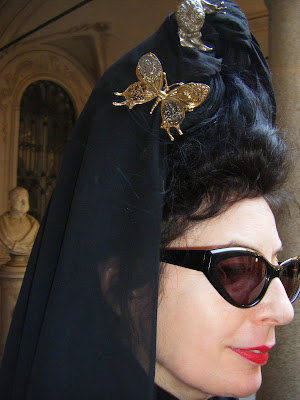 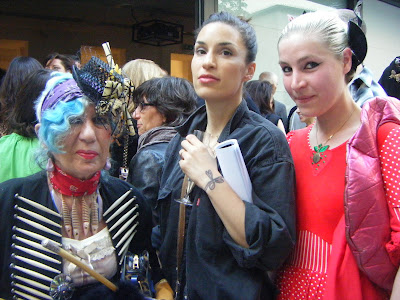 ASVOFF launched its new project "Light" yesterday in Milan in association with vogue.it. Franca Sozzani and Anna Piaggi attended the opening reception for the event to view the 1 minute film project that they have supported. Here are curators Diane Pernet and Antoine Asseraf who commissioned a crop of directors to fulfill the brief and invited them to come together from all the cities across the world to meet each other for the grand unveiling. The "Light series" was latterly opened up and turned into a competition which resulted in 2 winners Zaiba Jabbar and Miho Kinomura..........which you can view here.
I will write more about the actual films tomorrow but firstly here is a proud picture of Elisha Smith Leverock who made the film "Sunshowers" which was used in the trailer and invitation artwork. Elisha was thrilled to finally meet Diane and Antoine after a year or more of email exchanges. We also had an unexpected bonus to bump into Anna Piaggi who I regard as a key inspiration for wearing bonkers clothes with total disregard to interpretation but done for total self satisfaction and happiness. Her necklace was made of jelly like rubber fish and atop her blue Marcel Wave the hat was adorned with dry pasta shapes................I'm guessing its a Stephen Jones number for that witty addition! Perfect for a Milanese outing............if the canapes didn't suffice, she had a little something to hand for later.