Sat 19th March: Creatives in Residence at The Hospital Club 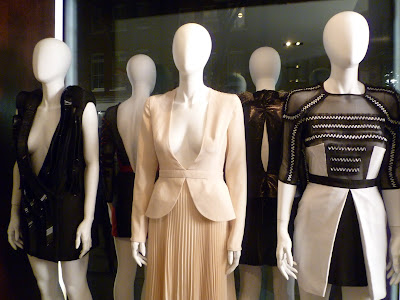 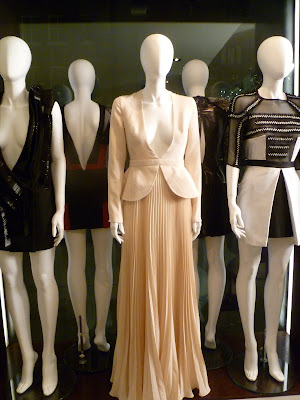 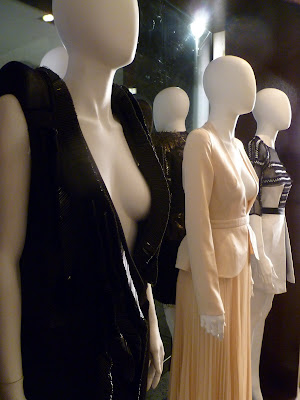 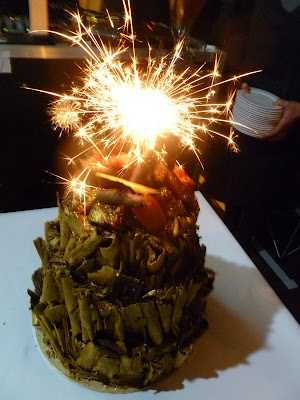 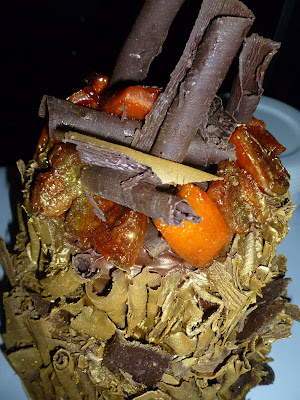 Dean Quinn invited me down to The Hospital Club for his final exhibition as part of the Creatives in Residence award which he won for 2010. Dean took over the coveted position from the his predecessor Nova Dando and in turn would be opening an envelope to announce his successor on Thursday night. Here are the mannequins which displayed his archive and his latest resort dress (centre) as a teaser of what to expect from his next collection.
The Hospital Club's scheme supports a diverse group of emerging creatives, contributing to their career progression and personal development. The judging panel is made up of industry-representatives who pick seven artists breaking into various fields from film, music, fashion, theatre & opera, architecture and visual arts.
The most recent nominations for fashion comprised of a shortlist including Yang Du, Hermione De Paula, Zoe Rosalind Sherwood, Shahzad Mohayudin with Brooke Roberts taking home the prize for 2011. To celebrate the announcements Lily Vanilli had been commissioned to create a sensational cake which had icing laced with pomegranate and popping candy! This was a brilliant opportunity to taste her magic potion bakery which normally I only get to read about......... I can confirm that it is quite as cosmic as it sounds!

Keep in the loop with Dean Quinns next step as he leaves Versace to focus on SS12 here.
Posted by fredbutlerstyle at 13:22