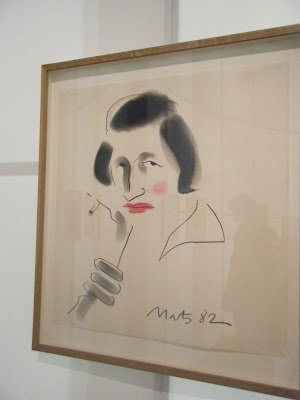 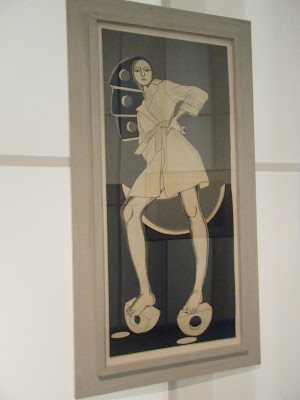 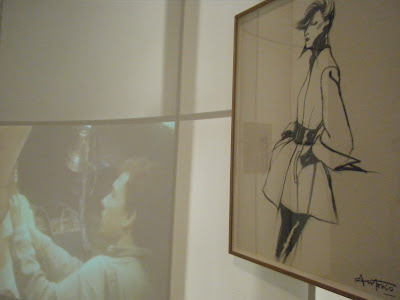 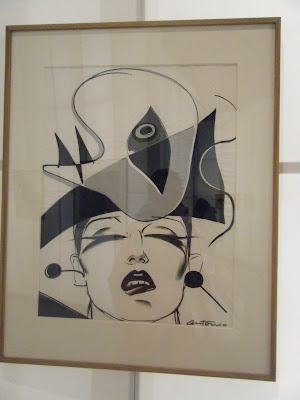 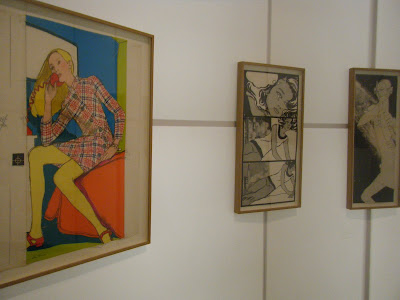 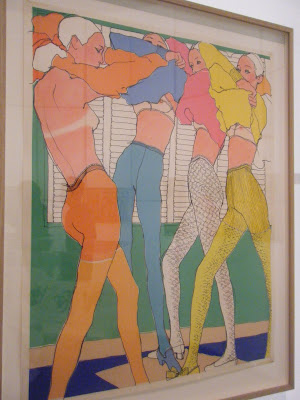 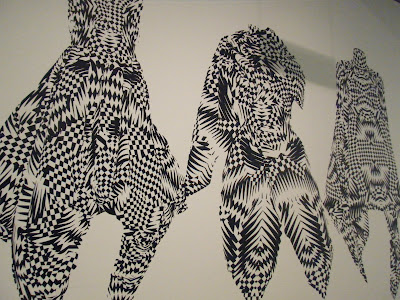 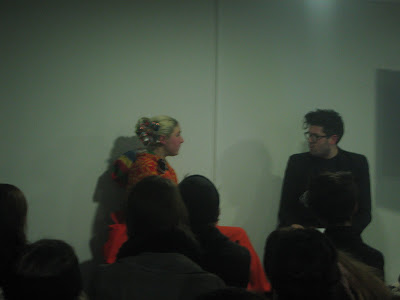 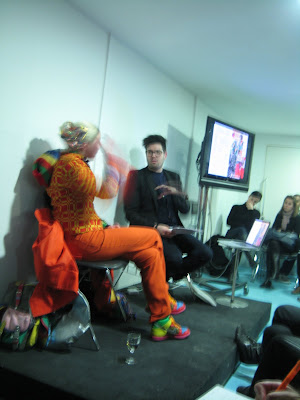 As part of the schedule for the "Drawing Fashion" exhibition, Sketchbook Magazine teamed up with the Design Museum for an evening event Sparkle The Dark Up. Hywel Davies was invited to hold a discussion session about his new book "Fashion Designer's Sketchbooks" and in turn he invited 4 of the featured designers to join him. The team consisted of Richard Nicoll, Bora Aksu, Amy Molyneaux of PPQ and myself. Hywel is a thoroughly nice chap so it was a pleasure and privilege to be asked to accompany him on stage and talk about my design process and in specific collecting and assimilating research. As I explained I don't keep a sketchbook as such because that means ideas are locked away and hidden ............ in stead I like to stick everything up on the wall infront of me to reference. My creations come about from investigation in 3D so its also far more practical than trying to cram macquettes into something bound! It was a great crowd who attended to listen to the inquisitions and also take part in illustration workshops. The exhibition itself not only has an amazing collection of inspiring works but also films of the artists scribbling and showing their technique. I was personally really impressed with the selection as 2 of my all time faves had a strong presence in the pieces hung - Erte and Antonio (however some Richard Gray and Julie Verhoeven would have been a dream too). If you are interested in the medium of fashion illustration then I highly recommend attending the show......... and of course the gift shop which is always bang on the money......... there is also a book to accompany the exhibit by Colin McDowell and Holly Brubach

(Thanks to Emily for snapping Hywel and I mid convo......... the other portrait is lifted from a review on http://ffiongriffith.blogspot.com/
Posted by fredbutlerstyle at 07:36