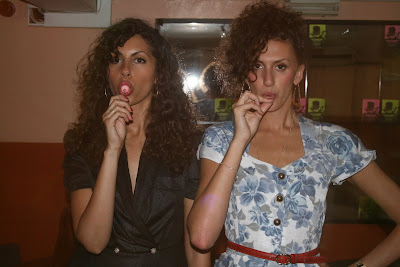 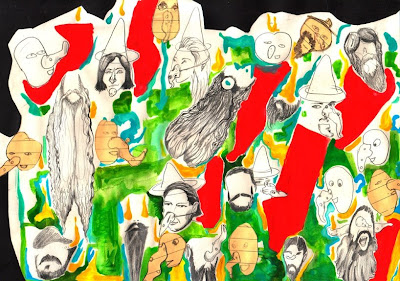 A work update from a project called 'Sink or Swim' about the falsely accused and the idea of the witch hunt.
This will be shown and printed as part of an exhibition by Toy Pirate and will take place at No:One, Kingsland road, Shoreditch, E2 8AA, Private View Thursday 30th October.

There is also currently an exhibition at the Macbeth Distillery, 70 Hoxton street, N1 6LP, by the collective The Horn of Plenty, featuring Laura and ten others from RCA, Central Saint Martins, Camberwell, who have taken the theme of fear to produce new work. This show is called 'On The Night' and a closing party will be taking place on Monday 27th October with live music and dancing.
Posted by fredbutlerstyle at 11:04 No comments:

So a week after our shoot, here are the final images that have gone to press for the Cube PR press day invitation.
Note the stunning Cooperative design knitwear which is just becoming ever increasingly covetable the more I see it...............
Also note the cheeky integration of the photographer's name by my cunning "Mishkin" sign on the speaker...........
As I don't actually work in a record shop (my second love) I manage to wangle it into my artwork...........yipee..........I love it when a plan comes together............ 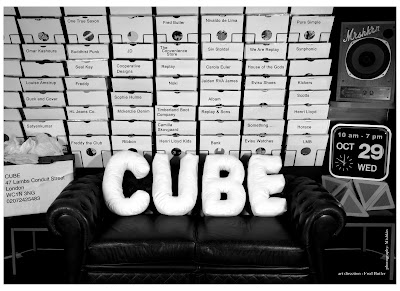 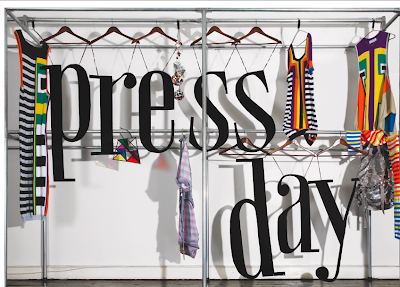 Email ThisBlogThis!Share to TwitterShare to FacebookShare to Pinterest
Labels: http://www.cubecompany.com/

Its the 10th anniversary of Tank Magazine. I remember shelling out the 8 pounds because it was the most exciting mix of shoots that didn't seem swayed in any direction other than its own creative joy. Stories that had obviously taken consideration and attention to detail in a time when it was about the "incidental" if not grimy snapshot. So congrats to Tank! You can take a peak at the back catalog at a celebratory pop up gallery. From 24th to 31st October the images will be on show and sale at 9 Newburgh Street, London from 10a.m to 6p.m. The birthday issue has been a long time in production so I can't wait to see what will be in store in the latest edition to the empire........

Posted by fredbutlerstyle at 11:31 No comments:

Email ThisBlogThis!Share to TwitterShare to FacebookShare to Pinterest
Labels: http://www.tankmagazine.com/ 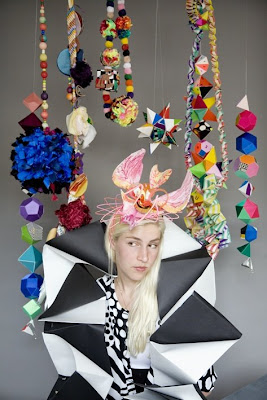 Email ThisBlogThis!Share to TwitterShare to FacebookShare to Pinterest
Labels: http://www.myspace.com/fashion

How did they know at 125 Magazine that this is actually what I look like up my brother in-law's allotment! Here is another recent tearsheet for my press book with Bambi Ear Friends from my A/W collection being put to good use. In actual fact it was a visit to said allotment that gave me inspiration for a piece in the new collection...........unveiling next week at the Cube Press Day................ 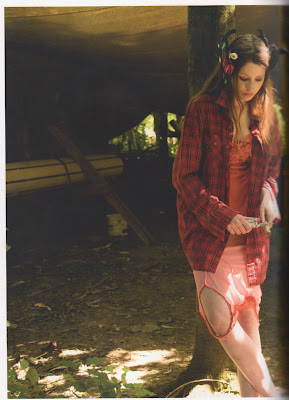 Posted by fredbutlerstyle at 14:21 No comments:

Email ThisBlogThis!Share to TwitterShare to FacebookShare to Pinterest
Labels: http://www.125magazine.com/index.php?p_id=1

Today was my television debut on Henry Holland's new T4 Fashion Show Frock Me in the episode focusing on "Club Chic". Can't think why I was hired?! It finally becomes clear why all those Boom Box nights were actually legitimately work related! Sheepinshly remembering events such as accidentally bumping into my assistant Holly in the Tube when I was done up to the nines on my way out when she was on her way home for a school night in. But relentlessly sporting those headdresses on a weekly basis has evidentally payed off. Not to mention the fact I love to dance and a certain degree of therapy on the dance floor was also necessary at the time! Thanks go out to K A B I R who first plucked me out of the crowd at a fashion week party, on the onus of my headgear which started my London clubbing career.
So I went on to show my secrets in a Blue Peter style format of no brand Pritt Stick assembly. All considered, it went well so hopefully the next generation of suburb stars have been inspired on a Sunday morning. My fascination with all things Bromley Contingent, Studio 54, Mudd Club, Disco Bloodbath (the original please), Kinky Gerlinky, Taboo etc etc has finally made sense. My professor of Fashion History at Brighton. Lou Taylor was always refreshingly understanding when I obstinately focused on these "subcultures" for thesis work!
I don't have any pics of the actual day so here are some tenuous HOH snaps from my Kickers installation at fashion week Sept 07. Maki's incredible pop up - cut out of Agyness with a winking eye and lit cigarette........ 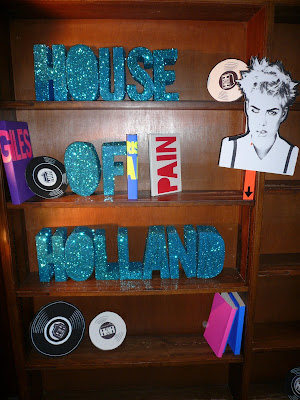 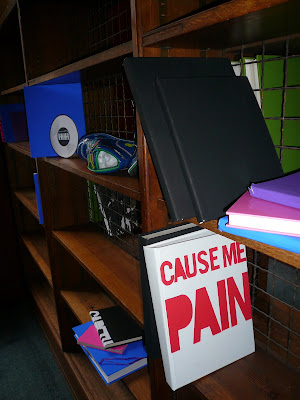 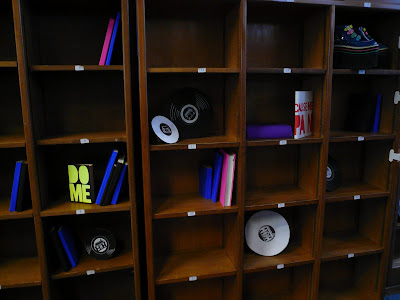 Posted by fredbutlerstyle at 11:48 No comments: