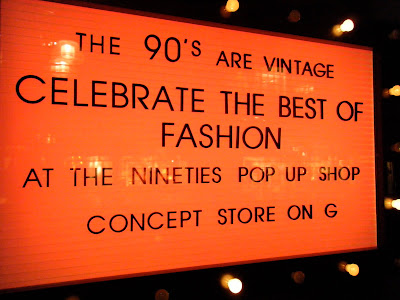 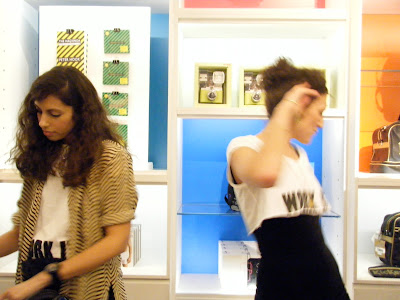 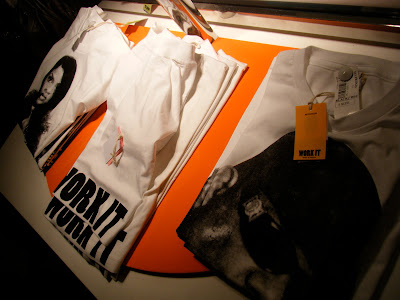 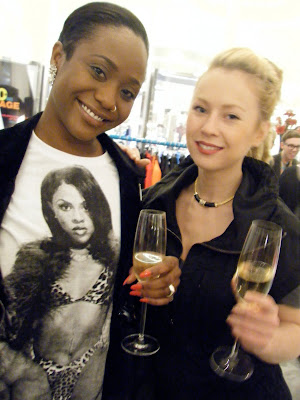 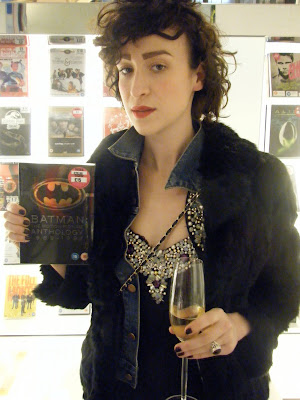 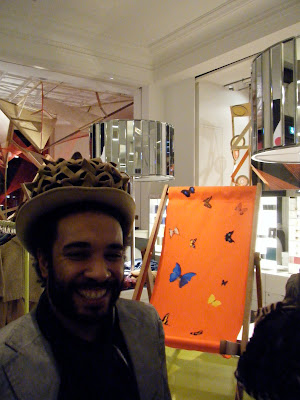 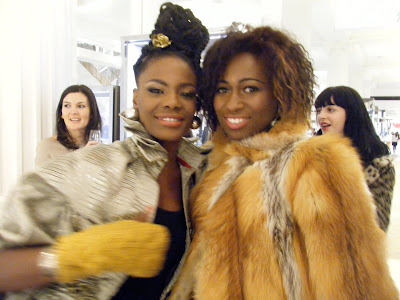 I try to mix things up a bit on this blog so that it doesn't get too repetitive with my favourite things........but I just can't help myself when its something I'm passionate about and secondly when the story unfolds as amazingly as this.  Ive been covering the WorkIt enterprise since its inception and watching the empire evolve and blossom ever since.  So it was quite a momentous occasion for the crew to decamp from Dalston over to the Wonder Room at Selfridges.  Rory, Sara and Loren were commissioned by Linda Hewston to design T-Shirts as part of the new concept "The 90's Are Vintage".  As the store was spun some classic Whitney anthems, Linda told me how lovely the team had been to collaborate with.........at which point I looked over and the girls were dancing some Sascha Fierce moves behind the decks.  I never thought I would find myself grinding to Snoop on the shop floor of Selfridges but there you have it............they know how to WorkIt!  The t-shirt comes in 3 versions and have been hand screen printed by a friend in a limited run of 75 pieces.
Keep your eye on their blog to see what else they have up their Versace sleeve............especially for interviews including a delve into the 90's Jamaican dancehall scene with photographer Wayne Tippetts.
(photos top to bottom:  Sara El Dabi & Loren Platt, the t's ......as worn by Renee Rose-Ann Yearwood & Charlene Davies, Rosy Nicholas, Andrew Ibi in an amazing Stephen Jones hat, Shingai Shoniwa & Nasrin Jean Baptiste)
The store also has MAJOR original garms courtesy of Rellik including Pam Hogg and Vivienne Westwood which I will investigate furthur so watch this space.........
Posted by fredbutlerstyle at 01:32 No comments: 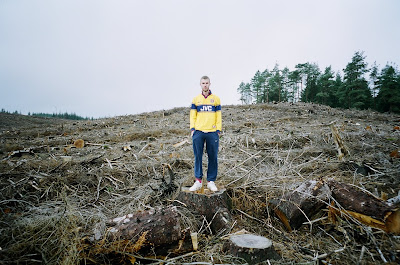 Posted by fredbutlerstyle at 01:52 2 comments: 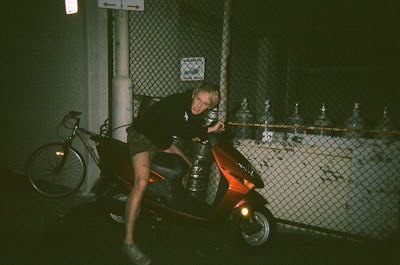 "2009 for me was more about struggle than anything. Laughter and optimism being the conqueror over recession and depression. The picture of me on the scooter was taken by my violinist Victoria.  It was the last day of tour and ive spent 2009 getting sober and getting my head straight, so last day of tour we got hammered on the beach down in melbourne and i'm sure we've all been there, sometimes you just want to get sexy with an automobile!  (this picture just makes me laugh.. I was literally pissing myself with laughter as i posed for this picture!)" 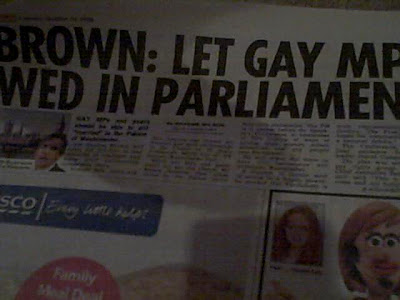 "I thought 2009 had an absolute terrifying excess of celebrity culture. People like gordon brown from the sun and all this tabloid culture I have become a lot more sensitive to and disgusted by as I get older. As I got more confident and proud of my sexuality last year I become more aware of subliminal homophobia within the media and too misogyny" 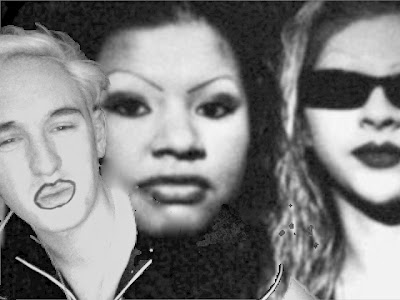 "Another huge moment was my american tour where I became obsessed with CHOLAS and decided I would love to adopt a mexican baby one day. I am definitely part mexican somehow. This is a picture of me with the cholas on my photo booth." 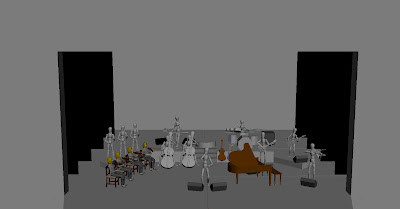 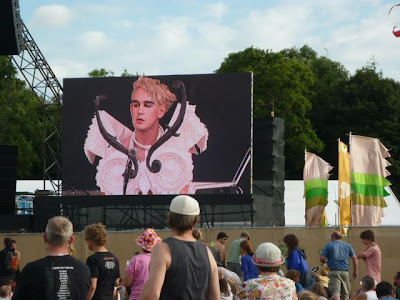 "Also i included a picture of my stage plot from my palladium show and a picture you sent me from latitude as these were two big memorable show moments for me this year.
The whole of 2009 was sometimes a tough fight for many of my friends but I think we came out winning, as what I learned in 2009 is all we ever really need to survive is the love of our friends and a little love in our hearts to give
something positive to the world. of our friends and enough love to give. Money comes and goes as does celebrity and vanity.
Here's to the next decade being more about humanity and less fame fame fame bullshit culture! x"
Patrick Wolf, Musician 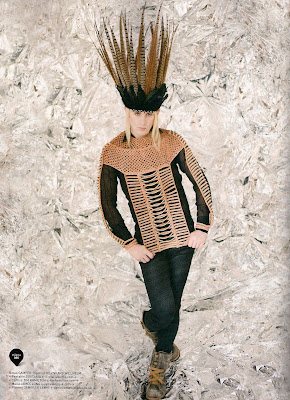 Posted by fredbutlerstyle at 02:33 No comments: 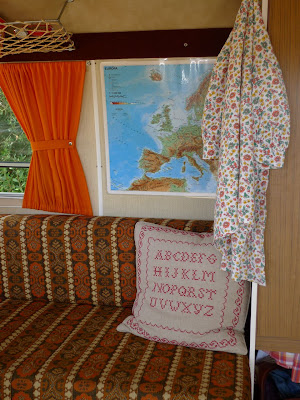 "Traveling through France with my husband in our seventies Fiat Camper van last summer.
Eating lots of lovely food and drinking lots of wine. Heaven."
Lacey, Photographer
Posted by fredbutlerstyle at 08:17 No comments:

"This is from a shoot when I was assisting Mariano Vivanco and we went to the dry lakes in LA.  It was such a clear expanse, I'd never seen such an unrelenting view of the horizon. It was one if the first times I really felt very lucky to be doing the job I was and how incredible its was to be in places so very different to home."
Thomas Cooksey  , Photographer
Posted by fredbutlerstyle at 07:07 No comments: 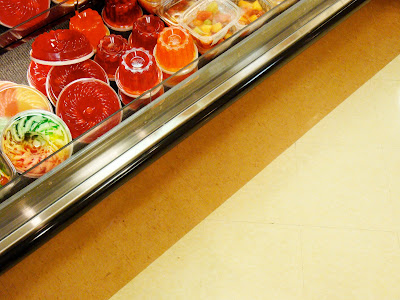 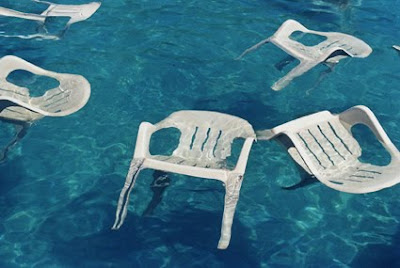 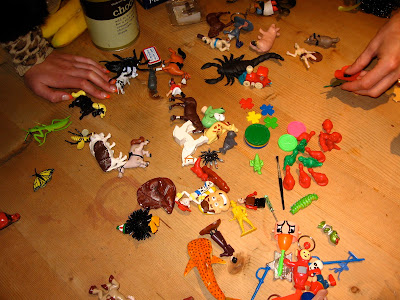 " Jellies in New York: one of my favorite patterned finds from around the world this year - and let's face it - when you see just one jelly it's good enough but a whole supermarket shelf full of them is something else................
I also love this of some chairs we threw in a pool in Barcelona and some random toys we got from a car boot sale! "
Anna Murray, Creative director Patternity 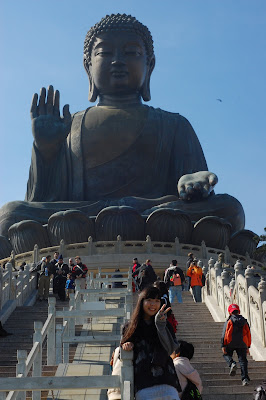 "This is a cheesy snapshot of me in front of the big bronze Buddha on Lantau Island in Hong Kong where I'm from.  It's not that I've never been there.  I think I must have been there a dozen times.  But it is one of my favourite places in Hong Kong.  a) There's a big giant bronze Buddha and b) the vegetarian restaurant in the monastery is really really good!"
Susanna Lau, Fashion Editor
(Susie Bubble)
Posted by fredbutlerstyle at 14:13 No comments: 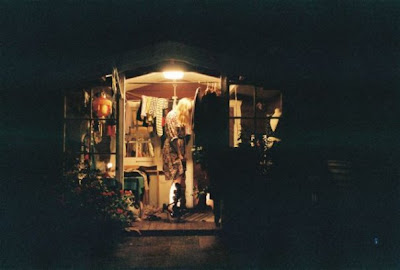 "Somewhere between a lake and a forest- midnight styling and laughing on a cold Summers night in Sweden!"
Freedom, friends and photographs..."
Aleksandra Olenska, Fashion Editor
(I would like to add this picture as it is Lina's favourite) 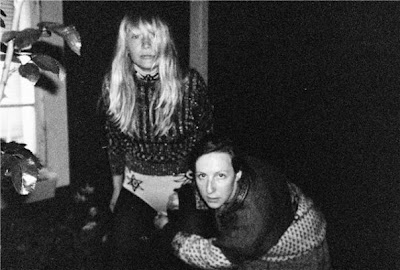