I'm updating my press book and here is the latest piece that has appeared from the A/W collection. Namalee Bolle has used my sequin top in this month's Super Super magazine. She has modelled it herself in a story shot in her own bedroom and my boxes have been incorporated as props in the background which is great. I'm so chuffed that the boxes get their own appearance rather than just being containers!
Super Super have lots of exciting news which I will do a feature on next week but just for now here is the flyer for the premier of their new night which has relocated from Punk to Shoreditch........... 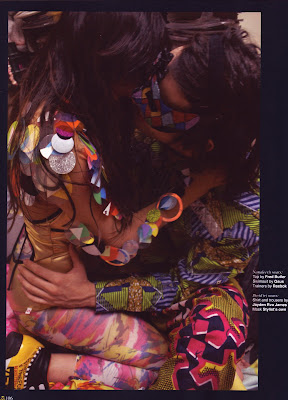 Posted by fredbutlerstyle at 07:14 No comments:

Email ThisBlogThis!Share to TwitterShare to FacebookShare to Pinterest
Labels: http://www.myspace.com/thesupersuper

The Mishkin girls and I disturbed the peace at Synphonic Records on Lamb's Conduit street yesterday to shoot the artwork for the Cube PR press day invite. Much fun was had as always, with the dancing divas who literally don't stand still in the same spot until they have to press the trigger. All in a days work................. 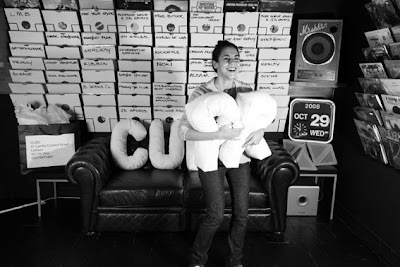 Posted by fredbutlerstyle at 14:53 No comments:

Look at this silver baloon Andy Warholian looking present!
The contents was Chloe's rainbow swimsuit!
Bloody Hell, I am overawed! 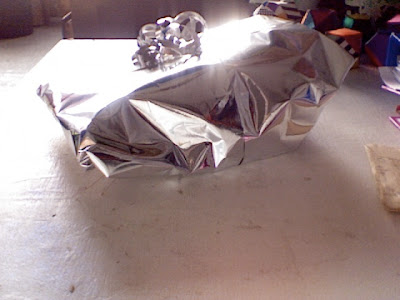 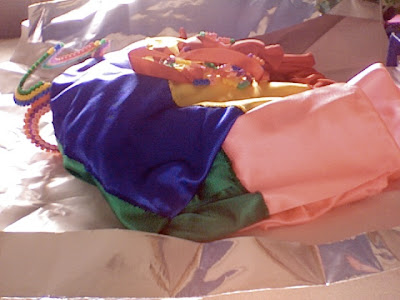 Posted by fredbutlerstyle at 01:52 No comments:

I had such a magic day on Saturday due to the sun that decided to make an appearance in debt to its shameful performance over the Summer and also due to discovering a new pocket of London. I took Anna up to Rellik to get some feedback on a Vivienne Westwood jacket and we ended up spending more time on Golborne road than we had bargained for! We escaped the cattle market squash of Portabello and stepped out Mr. Ben style, to a laid back (virtually horizontal!) little community road lined with food stalls serving up tantalising world cuisine. On deciding which to try, Vanni's quote of the day was "its not a case of being hungry"............true, but still too many to sample in one day so a revisit is in order.
But this is not the only reason to return. We discovered and duly had a good poke around the new Kokon To Zai west side boutique which has taken over a traditional tiled butchers premises. Then furthur up the road, we came across a converted cobblers that is now home to The Convenience Store. So this triangle of shopping loveliness is a new mecca for style seekers under the architectural feet that is Trellik Tower.
The Convenience Store is holding an evening of music and merriment this Thursday to celebrate and spread the word of its launch. Andrew Ibi has set up a definite unique environment to secure your key item for the season. He might even prophetically know what it will be and hold onto it just for you! Within his selection of old guard and emerging stars, he brings together pieces to compose a story that will regularly change in chapters according to his instinct for the next mood. I was excited to see a Sophie Hulme Sequin parker along side a Rick Owens blazer and an opportunity to get your hands on some Clare Tough. Another exclusive that Andrew gave us a 1st hand explanation and experiment is Boudicca's venture into fragrance. It sprays onto skin the violent violet "Wode" colour and then disappears like vanishing ink. So to have a go yourself or if you fancy finding some Hannah Marshall dark side feminine treasure, join the fun on Thurs..................
Thank you to Andrew for these atmostpheric snaps 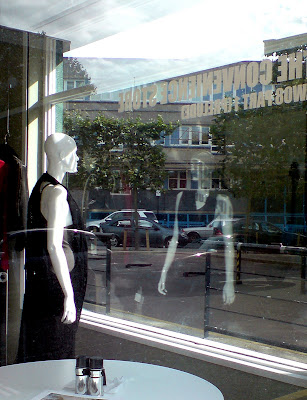 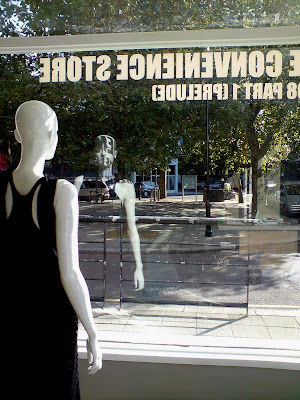 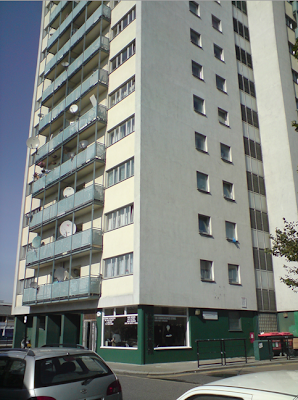 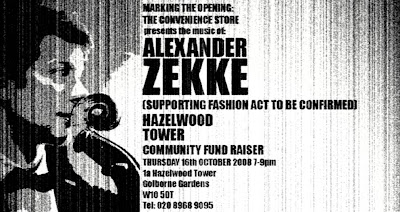 Posted by fredbutlerstyle at 02:43 No comments:

From a post about Athens to one about a London based designer who originates from the city, Mary Katrantzou. I first blogged her work when Michael invited me to the Central St. Martins M.A static show and only 6 months down the line, he now informs me of her success with sales for S/S. No wonder when you see her identifiably beautiful trompe l'oeil jersey dresses in the new zingy bubble gum palette inspired by Jeff Koons. From an "accessories-appreciation-party" point of view, I lay down my hat in respect to the concept and construction of combing jewellery into the digital print. Here are some detail shots of the new collection from her showroom in Paris. Her signature woven bonded silk jersey/wool shifts look to me like a perfect blend of the technological advances in the futuristic patterns but a classic chic sensibility with the interjection of naval stripes. So now the question is what are we going to see popping up from this glossy pop art offering.............will the dresses or necklaces be most popular...........or both..............? (I'll have one of each!) I can't wait to see these graphic punchy pleasures saving the pages of the new season's fashion spreads.

High-Five to Mary for such a fantastic collection and taking the time out of her production negotiations to send me all of these images. 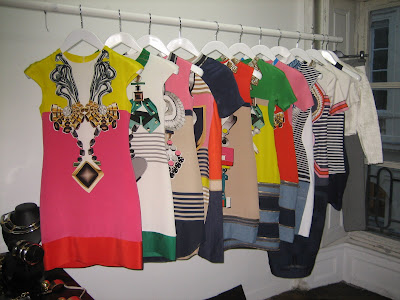 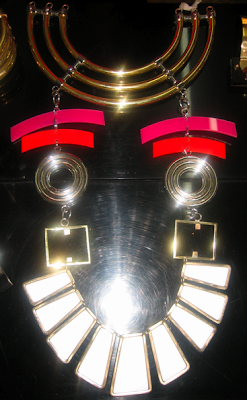 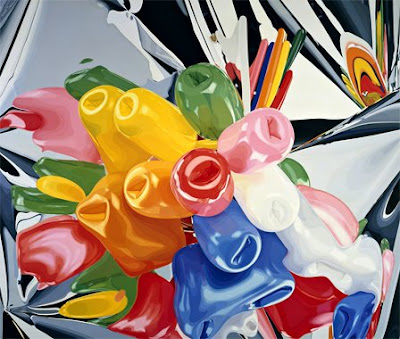 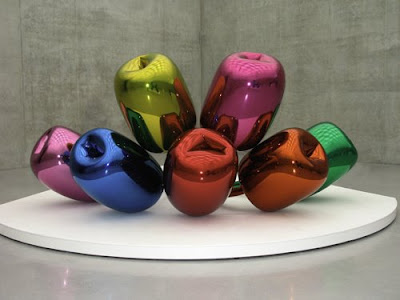 Posted by fredbutlerstyle at 02:24 No comments: