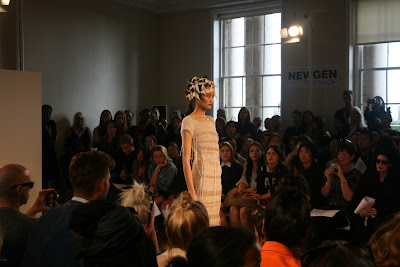 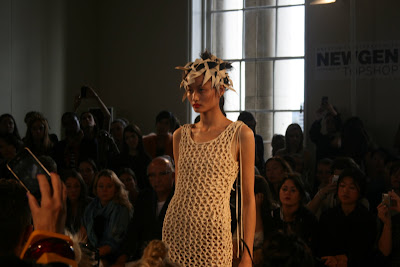 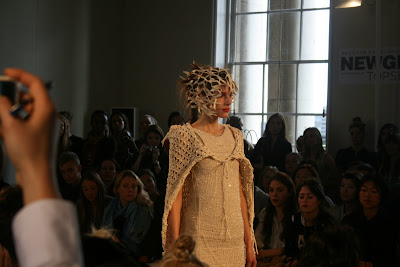 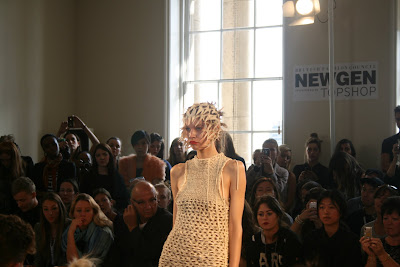 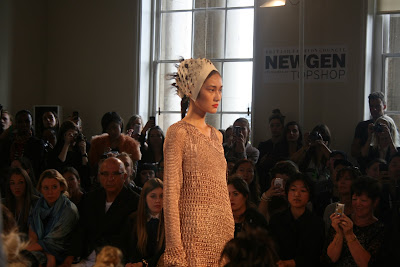 Posted by fredbutlerstyle at 07:11 No comments: 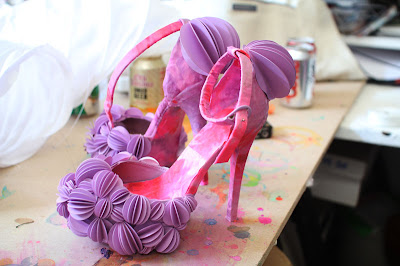 Want a sneak peek at Fred's Spring Summer 2012 collection before the presentation on Sunday? Hot foot it over to
Style Bubble, where Susie gives her verdict on the upcoming pieces...

(Photo of Rosy Nicholas shoes in collaboration for the collection.............)
Posted by fredbutlerstyle at 03:46 No comments: 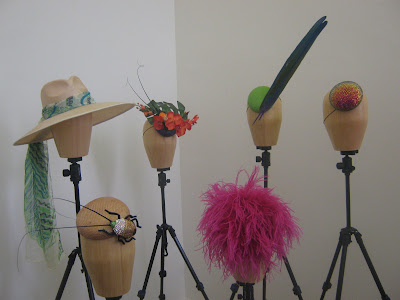 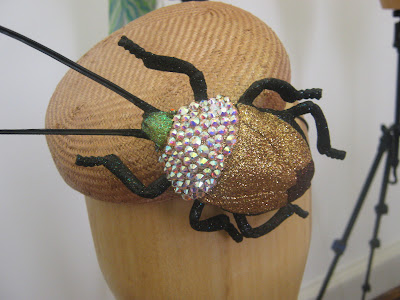 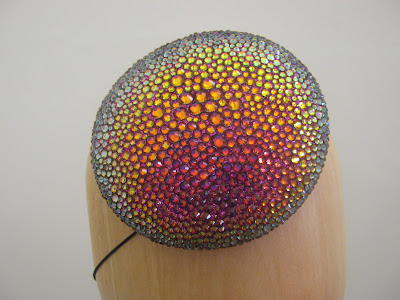 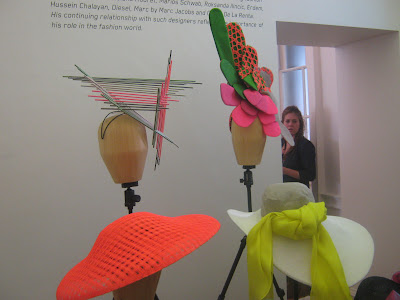 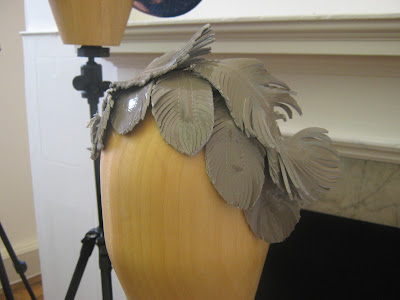 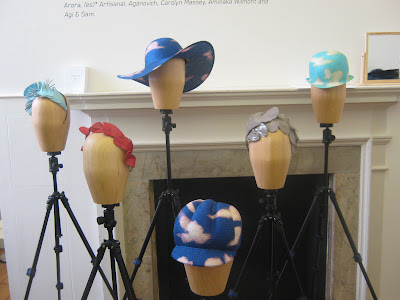 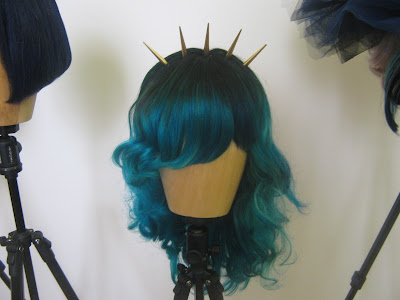 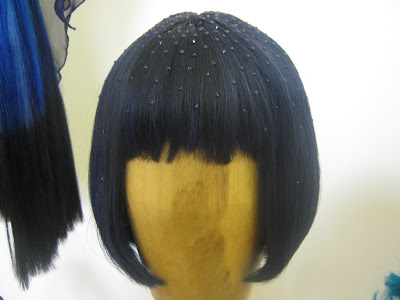 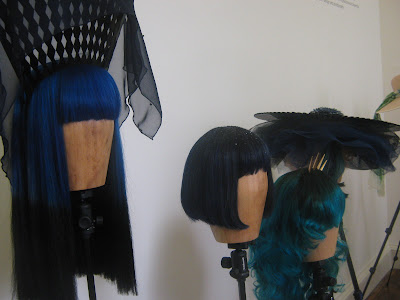 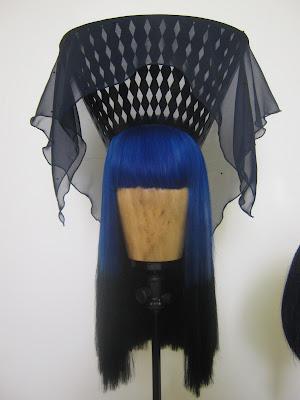 Hedonism made it's return to London this fashion week, featuring stellar pieces by Piers Atkinson, Charlie Le Mindu, J Smith Esq and Noel Stewart. Currently viewable till the end of Fashion week in the East Wing of Somerset House.
Posted by fredbutlerstyle at 02:41 No comments: 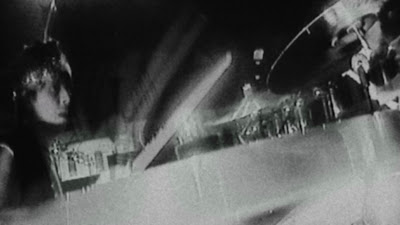 Klippa from Sigur Rós on Vimeo.

The crown which I made for Orri (drummer with Sigur Rós) has been captured in a film of the tour recorded a few years ago. Following on from this, a new film has been conjured up inwhich the crown makes a second special appearance in the story! See the site for details of screenings.......
Posted by fredbutlerstyle at 06:10 No comments: 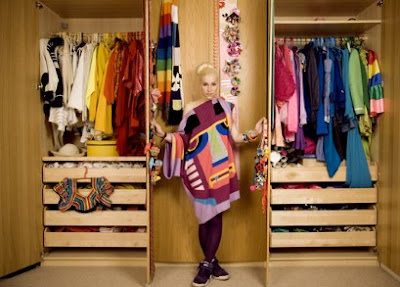 Here is my part in a feature on colour "Colour Me Crazy" in yesterday's Telegraph Magazine Fashion special "Four fashion obsessives talk to Sophie de Rosee about their rainbow wardrobes, and about the designers who are on their wavelength." for which I was interviewed alongside Susie Bubble, Louise Gray and Gloria Baume. It was great fun to wear this heavenly cashmere Yang Du dress for the day! I wish i had been able to keep it and add it to my cosmic closet!

" FRED BUTLER , 31, has a radical approach to getting dressed each morning. The London-based jewellery, props and accessories designer wakes up and 'feels' a colour. She then heads to that section of her colour-coded wardrobe and dresses head to toe in that hue, including underwear, socks and shoes. 'Colour is the first thing I think about when I wake up. It's not a forced decision. There's no logical pattern, it's not seasonal, it's just a feeling I have. Sometimes the colour doesn't come and I have to sit in my dressing-gown and wait for it, which is annoying if I have to be somewhere.'

It all started when she was 17. 'I always liked having matching bag and shoes, but it evolved into just one colour, either pink or blue, and then I started collecting all the other colours. Purple is the most recent addition, three years ago. I always hated it because of the vibration it gave off but then I was given a purple jacket and now I'm into it.' Green has been phased out recently, and Butler rarely wears black. She is starting to collect coral and would like to try spots, stripes and more neon colours.
The rails and drawers in Butler's wardrobe are colour-coded right down to the hangers and contain about 200 items of clothing in white, yellow, orange, red, pink, purple, blue, green, gold and silver, with a few multi­coloured pieces. Many designs are her own, and labels are mostly obscure including Threeasfour, Scott Ramsay Kyle and Alistair Carr (before he was employed by Pringle). She admires the work of Hussein Chalayan, Viktor & Rolf, David Koma and Louise Gray.
Butler describes her style as timeless. She has all her clothes from when she was a teenager (including her mid-1990s yellow Buffalo platform boots), and she never tests out trends, although she follows them by reading magazines. Her collection of clothes increases through gifts from friends and fellow designers. She shops in only one vintage store, 21st Century Retro in Holloway Road, north London, spending less than £100 per month.
Travelling is problematic for Butler, because she can fit only two colours into her suitcase and by the end of the holiday she starts to get grumpy. During her teenage years in Essex people teased her because of her colourful outfits, which she admits was really difficult. Now she is a style-maker with Lady Gaga on her client list.
Butler says that she cannot imagine dressing any other way. 'I simply don't understand how anyone can just follow trends and not find their own indiv­idual style. Most people wear jeans, and it's such a wasted opportunity. People choose what kind of music they listen to so why don't they do that with their clothes? It's like everyone only buying and listening to U2. "