Is there anything Set Designer Helen Macintyre cannot make? Akin to the A-team's consistant reliability to inconcievably produce something out of nothing.......Helen can rustle up a cuckoo clock from some cardboard. In this instance its a space odyssey for the new video release from Esser "Work It Out". Helen says that even for her, this was a tricky task as it was flimed in Black Island Studios which was an intimidating size. She hand-dyed 65 meters of fabric (which was the surface of the terrian) in the sink which turned her studio a "pooey orange colour". Never mind that, I cant get over the actual space capsule and crafted interior. Its great to have these pics to really appreciate the attention to detail which is not so easy to see amongst all the other action in the final cut directed by Kinga Burza.
Since the moon landing, Esser have been planning a Moon Stomping, taking place tomorrow night at the new London Venue, The Lexington. As Im not exactly sure what this Ska dance is, Ive looked it up so here is the (un)official urban dictionary explanation of how to stomp:

" To moonstomp conventionally, it is suggested that you raise your left leg along with your left arm and produce a low kicking movement towards the ground in front while making a slow and gentle "punching the air" movement with your fist, sweeping it behind your right leg and doing the same movement symmetrically with your right leg and right arm and thus repeating, to the rhythm and tempo of the ska or dub song, until the end of the song " 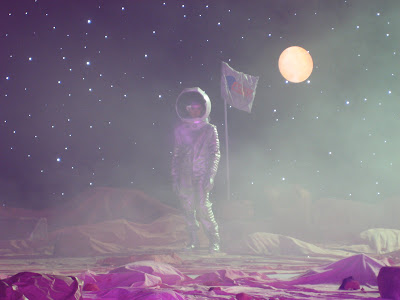 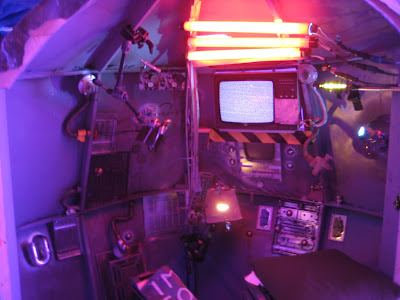 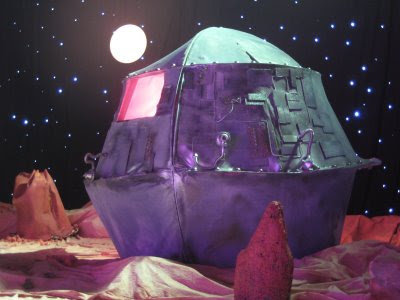 Posted by fredbutlerstyle at 10:27 No comments:

Email ThisBlogThis!Share to TwitterShare to FacebookShare to Pinterest
Labels: http://www.helenmacintyre.co.uk/

Last year I was joined for a week by Bournemouth Fashion student Jessica Dance a.k.a Jessica Rabbit - hence her blog name "Lapin Dance Hall". She has been fiendishly busy since this time, getting her work debuted in Amelia's Magazine and now an installation at Top Shop, Oxford Street. A big pat on the back for such fantastic initiative, having secured both of these projects purely from pitches. A lesson in the classic mantra " if you don't ask, you don't get ".
So although this latest venture is named "Head In The Clouds", it is quite obviously the antithesis of Jessica's sensibility! She has teamed up with graphic artist Robert Francis Muller under the guise of "Get Müllerd and Dance". Combining disciplines from his 2D expertise and her sewing penchant, their work to date has been experiments in typography and scale within set/prop design. Their emphasis is always to have fun (right on!) and create works that offer escapism whilst simultaneously conveying a narrative. To see the set-up, it is on the lower ground floor by the fitting rooms for the next 2 weeks. Or alternatively watch this great time lapse documentation of the process.
I used to work with a set design team who did over-night installations whilst the store was shut to the public. There was a specific turn of phrase attached to these sessions of "getting Top-Shop lips" (symptom - dry,chapped). This is the "Achilles Heel" / "Tennis Elbow" ailment aligned to said job, brought about by sleep deprivation combined with over exposure to air conditioning and general de-hydration. I wonder if "Get Müllerd and Dance" have discovered the scurvy of Philip Greene's particular inflicted affliction? 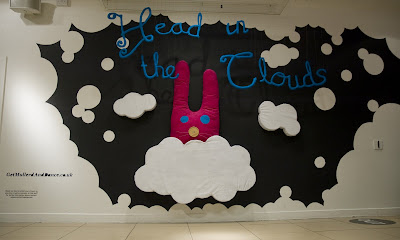 Head in the Clouds by Get Müllerd & Dance (TOPSHOP, OXFORD STREET)
Posted by fredbutlerstyle at 11:12 No comments:

Email ThisBlogThis!Share to TwitterShare to FacebookShare to Pinterest
Labels: http://www.getmullerdanddance.co.uk

Becoming part of the New Gen scheme this season is paying off in so many unimaginable ways and is really a life changing opportinity. Besides the bonus to my business, on a personal level I am loving getting to know the other designers and building a network. Its a very natural process and not a cliquey imprenitiable fash family that you may expect. I am particularly warming to the wooly side of the team - being both of the knitters Craig Lawerence and Cooperative Designs.
Annalisa Dunn from Cooperative has sent me this logo which is comprised of stills from thier recent film and catwalk show. She tells me that the new collection currently under construction in thier Hackney studio is inspired by thier ultimate muse and coincidentally thier director of photography, Amy Gwatkin.
Thier latest exciting news is the capsule collection comission at Henri Bendel for the store’s guest designer initiative. Henri Bendel New York Limited Edition Spring 2009 by Cooperative Designs is made up of dresses and cardigans in both skinny and oversize shapes in the team's trademark primary colors and stripes. For readers not able to nip down to 5th Av, NY, Coop are also available at Browns, London or online at Brittique. I recommend investing now in key early pieces of this label set to take over knitwear as we know it (never mind the fact they are bloody lush clothes). 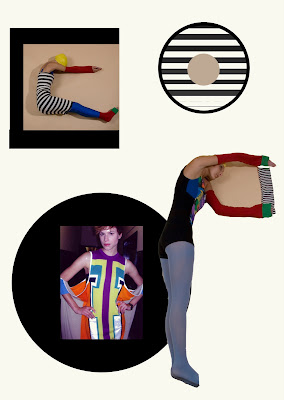 My night time shift is sweetened by switching from radio to the wonder of iplayer and the AMAZING fashion documentaries (that or I have to confess - Eddie Izzard stand-up, which makes my cheeks unbearably painful after an hour of constant chuckling).
One particular program I have to share is the Saville Row documentary focused on Oswald Boateng which crosses over with the current 30th Anniversary of 2-tone Ska. Oswald and his best friend Chris Cleverly grew up in Notting Hill, as they dubbed it "Thatchers Bastards" amongst the riots and fires at Carnival. Oswald's first foray into tailoring was straight cut suits, drainpipe trousers, Prince of Wales check and loafers for footwear. It was all about creating a positive image for themselves in the time of social change and racial inclusion. Oswald went one stage further in his dapper appeal by being known for his bright colours. HELLO! Chris described it as looking like "pouring acid down the middle of the road" when he walked along. I never really knew this history attatched to him so its a great piece of telly for this insight and also his interview with Suzy Menkes and Georgio Armani.
Ive put in here a personal favourite track, just because I love it on the dance floor!
But seriously ........there is a link..... ... Although The Beat made purely awesome tunes, there was a political message. Ranking Roger was on BBC6 on Saturday discussing their track "Stand down Margaret" which was probably the anthem to the movement I mentioned earlier. (Sorry for adding the wrong tune to fit the text, but just gotta love this one! Turn it up LOUD) 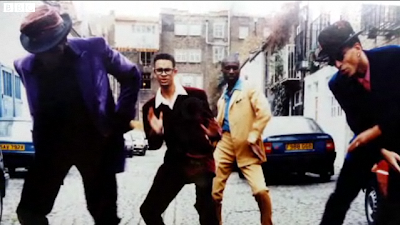 Posted by fredbutlerstyle at 11:41 No comments:

Email ThisBlogThis!Share to TwitterShare to FacebookShare to Pinterest
Labels: http://www.bbc.co.uk/iplayer/tv/bbc_four/2009-01-14

What is PlushPattern's Victoria Langdon up to? She's paying tribute to her nemesis in printing a triptych of pigeons. It is a known fact that in Vicky's presence you must immediately duck when a pigeon comes near as her arms involuntarily swing out at a 45 degree angle. She has a phobia of the urban vermin and has quite a physical reaction to the pest on encounters. So she has turned the irrational reaction round to produce a run of 35 prints based on Darwin's "Origin of the species". They are jazzy detailed birds, each with a neon beak and feet, complemented by an irredescent shiny foiled breast.
When not squeegeeing her screen, she is tip-tapping up trend analysis at The Future Laboratory. BBC "One Show" visited Future Lab for last evening's report on emerging "Homedulgence" and "Bleisure" activities. Here are screen grabs from the feature where I have proudly picked out her stripey scarf self in the background for the benefit of any other friends who want to fluff up (pigeon style) and be proud of her appearence. 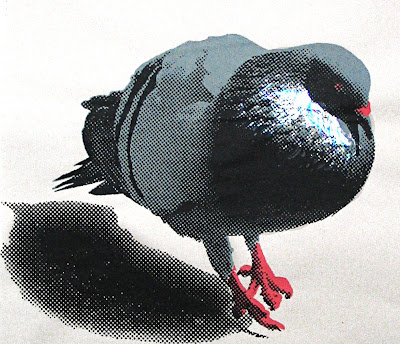 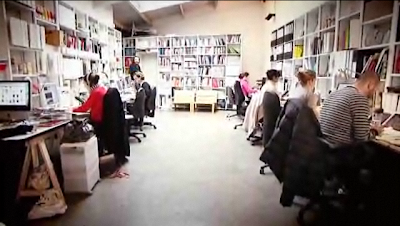 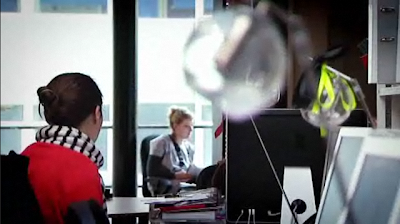 Posted by fredbutlerstyle at 12:15 2 comments:

Email ThisBlogThis!Share to TwitterShare to FacebookShare to Pinterest
Labels: http://plushpatterns.blogspot.com/

I'm counting down the days till the Stephen Jones exhibition at the V&A and a welcome distraction came today with an in depth 3 page interview courtesy of hintmag.com


Anything else from the wild side of Stephen Jones?

There's such a freaky, eccentric side to every milliner on the planet. It goes with the territory. We drive people nuts. You have to be manic obsessive to do it.

No idea what he means?! 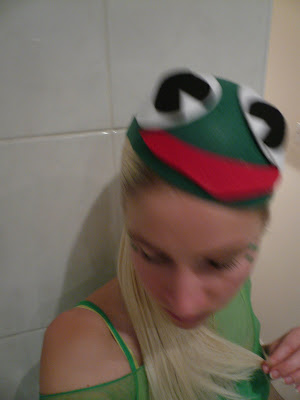 (Thanks to Richard Toon for prompting paranoia by pointing out that the tone of my blogging is somewhat akin to the Blue Peter presenter that I look like. So I'm going to consciously review this situation and get more "street". I guess its one of those "telephone voice" scenarios. I just can't help myself. When writing I slip back into English lesson lingo.................watch this space, its gonna get colloquial .........well kinda)
Posted by fredbutlerstyle at 14:16 1 comment:

Email ThisBlogThis!Share to TwitterShare to FacebookShare to Pinterest
Labels: http://www.hintmag.com/hinterview/stephenjones/stephenjones1.php

Chloe Bell is an illustrator by training but multi-material creative by profession. Previously I have blogged the wonder of her hand sewn rainbow swimsuit and charmingly ethereal underwater photography to document it. The latest project named "Forced Flash" is embellished sweaters shot at some seemingly crazy interactive light show. I would love to know what the location is and how she found it but perhaps its best left a mystery to maintain the magic. (Model: Simon Jeal a.k.a Panda) 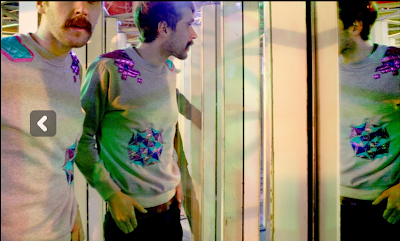 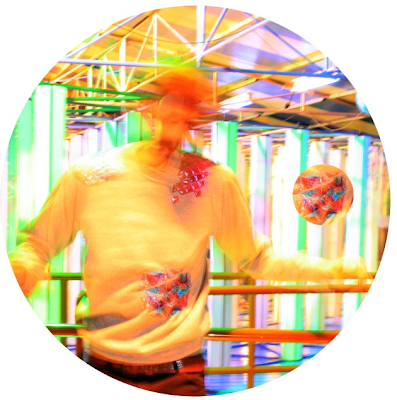 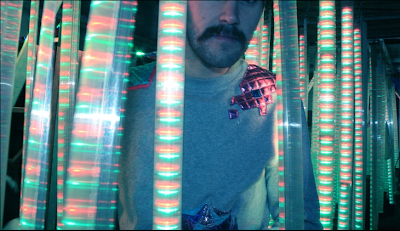 Posted by fredbutlerstyle at 09:53 No comments: