Sat 4th April: We Are In Progress 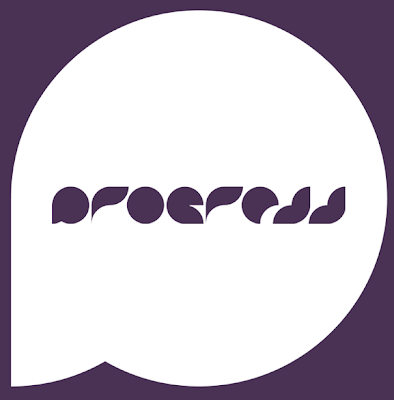 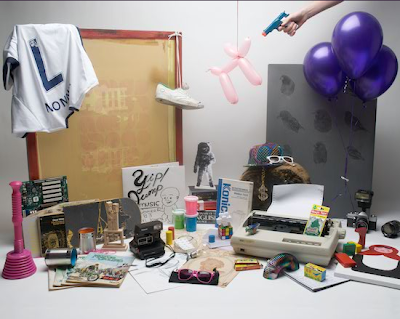 "We are in progress" is the title of the exhibition at the Dray Walk Gallery this weekend in Brick Lane. That is the most modest title possible. The final year graphics students from Bath have taken it upon themselves to fundraise and set up an exhibition in London just 2 months before their finals. What mentalists. Not only is the work on display crazily good but its well hung, has its own website, poster, pamphlet, identity and font (see pic). I should have been able to tell from the exquisite invite that I received from my ex-helper Lucy Aebischer that it was going to be special.
Here is the promotional still-life they shot which is made up an item contributed by each exhibitor to sum up thier work which was based on the concept "progress". Lucy's signifier is the slinky which also featured in my lovely birthday message (see below) and also formed the structure for an amazing typeface that has she designed. Here is also a picture of her business cards which she screen-printed with rainbow ink............mmmmmmmmmm.
The beautiful pamphlet of info is printed on a thin paperstock entirely from purple ink which immediately reminded me of the worksheets at primary school (pre Xerox!). Lucy didn't even know what I meant as she is too young to have been handed the blurry, smelly copies for her homework. So I looked it up. Turns out this prehistoric printing was from a machine called a "Spirit Duplicator" (Trade name "Ditto") and used 'Mauveine' which was the 1st synthetic organic dye. How very "Ghost" to have a machine called "Ditto"! That's a whole other exhibition..........
Guests invited to the preview last evening wore purple to fit the theme which i missed the heads-up on, so looked like a miss-placed strawberry (a red day) in a blueberry punnet. Mauve was made fashionable in 1862 when Queen Victoria wore a silk gown to the opening of the Grand Exhibition................. so lets see if Bath College of Design have sparked a similar purple trend with their very own Great Exhibition.................. its on to the 6th so get down to Brick Lane..........if not for the art, they have pop-corn in their own printed paper cones! 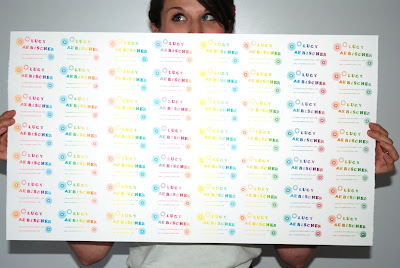 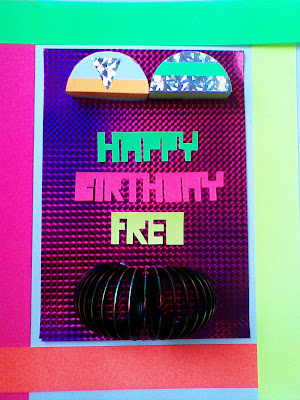 Email ThisBlogThis!Share to TwitterShare to FacebookShare to Pinterest
Labels: http://www.weareinprogress.co.uk/

The 2nd product on the HIT list has been released today and it happens to be designed by me! Its polkadot parcel tape to use like a danger tape to build up and make crazy patterns on all your correspondence. Its £6 for 66m. For anyone that doesn't know, I collect tapes and so this was a natural choice of product to play with. Here is my shelf with some of my various tapes accumulated over the years from different cities.
This has been such a fun project to work on. Richard Sloan has curated his top choice list of collaborators and let them run riot with ideas to come up with something totally unique and off-the wall (but still comercially viable). I wish that I could divulge all the inside info because I'm bursting to share the delights that are destined, but I can't break the contract or ruin his fun! But trust me, the dream-team guests and their preposterous products are going to get very interesting indeed! Next up is Julie Verhoven..............your guesses may not be too off track!? 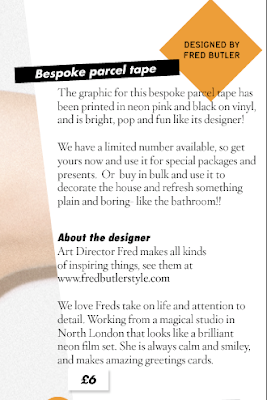 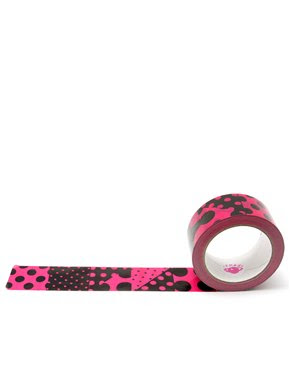 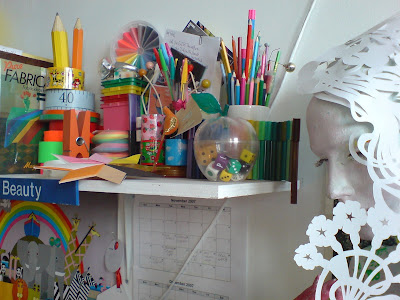 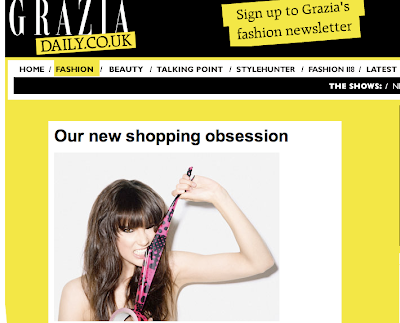 Email ThisBlogThis!Share to TwitterShare to FacebookShare to Pinterest
Labels: http://www.asos.com/Women/Hit/Cat/pgehtml.aspx?cid=7318

After falling victim to his label closure, MC Rup didn't let Captain Credit Crunch get the better of his album release realisation. Instead he has worked with homegrown Hackney label "Hear Today" to put out a collection of 10 tracks and took to the local streets to shoot the artwork. Literally, photographer's Mishkin shot him on his street but in his bed. None of that trendy Conde Nast concept its inside, but outside shenanigans...........its just that if you can't get the boy out of the bed, get the bed out with the boy still in it. Here you can see how it happened with producer Steve Clear on hand masterminding the proceedings (probably acting as health and safety officer diverting traffic rather than checking Rup's hair wasn't blowing out of place..............merely my own musings from previous experience of his high-alert tendencies!)

I'm a big fan of this record (especially vocals by Parisian Moocha and Copenhagen's Naim) but as I'm really not the best person to try and decode the press-release to explain why, here are snippets which sum up their honest humour which I love and runs thru everything they do:


'Hip Hop from the UK’ are a dirty collection of words in many music circles right about now. It could be argued that releasing an album by an MC from Camberwell called Rupert is perhaps not a fantastic idea…

• There’s a tune about being a fox.

• George Clinton is a family friend and offered to do a remix, which never happened.

But to find out why more precisely, check out the definitive and delicious website designed by resident artworker Luke Tarpey to hear the beats and read more ridiculous ramblings.............: 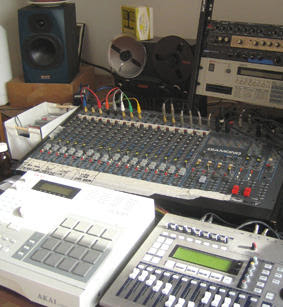 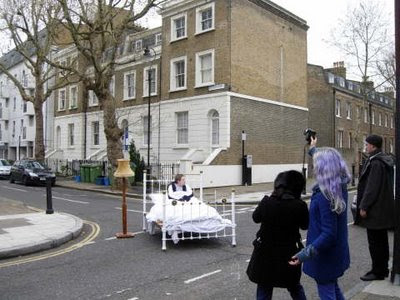 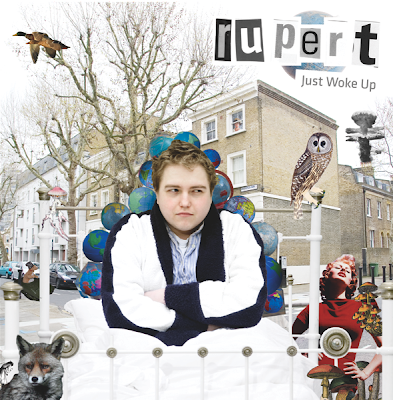 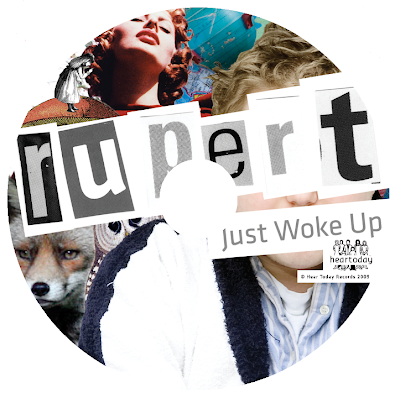 Email ThisBlogThis!Share to TwitterShare to FacebookShare to Pinterest
Labels: http://www.myspace.com/heartodayrecords

The bonus of sharing my studio with other friends who are set designers is having a work space that looks like a cross between Saturday Swap Shop and the inner chasm of Lewis Carroll's mind's eye. Another bonus is that we can keep each other company when we are working ridiculous freelance hours when the rest of the working world are sensibly tucked up in bed. One such night whilst i was finishing my collection, Hillman Studio were unwittingly getting high with solvents, working like Dozers constructing a small plastic street scene. They had to snap laser cut sheets of components they had designed to fit together to make up a blue post-code row of houses. Tiny tiles were applied to the rooves and wind screen wipers added to cars and vans. All this preparation took place overnight in making the separate parts so that the shoot day prep could be spent lighting each window and street lamp. This precision prop styling might have given Nick Park a run for his money! Thanks to Alex Cunningham for taking time to give me these work-in-progress images of her handiwork. 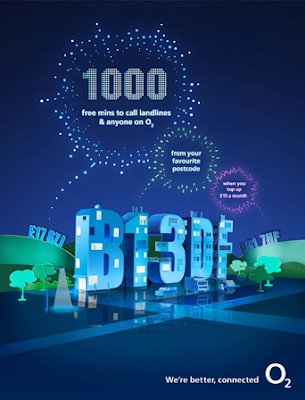 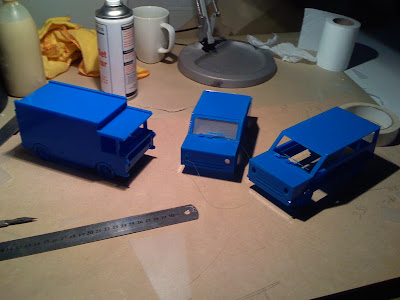 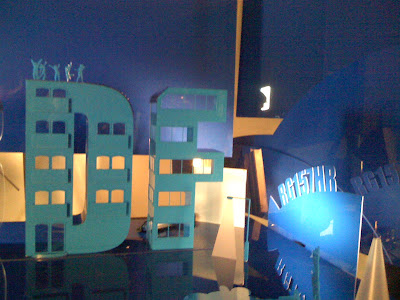 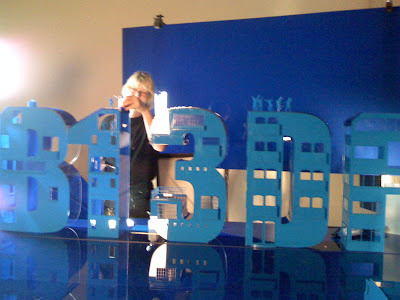 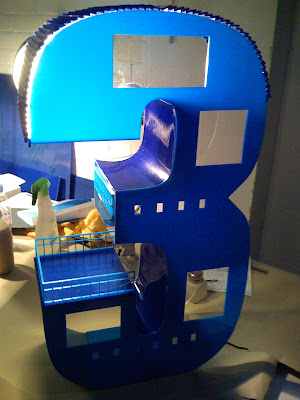 Posted by fredbutlerstyle at 11:53 No comments:

Email ThisBlogThis!Share to TwitterShare to FacebookShare to Pinterest
Labels: http://hillmanstudio.com/

Here is the beautiful Teo Connor who is one half of the graphic empire "No Days Off".
She is in line to be featured on W-O-W which is Maxmara Sportmax Code’s spin-off website to promote the work and experiences of creative women today. Its a webzine of interviews, image galleries and videos aimed at presenting an authentic portrait of young women operating in the current international field of arts and design. The archive is steadily and satisfyingly increasing with great profiles on the likes of Lizzi Bougatsos, Kinga Burza, Ami Sioux, Hvass & Hannibal. Can't wait to see Teo's page! Big shout-out and respect to her for calling in one of my caterpillar necklaces to wear for her portrait! 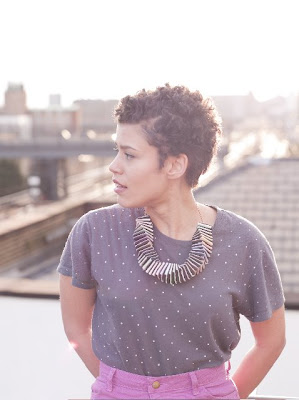 Portrait: Will Morgan
Posted by fredbutlerstyle at 01:38 No comments:

Email ThisBlogThis!Share to TwitterShare to FacebookShare to Pinterest
Labels: http://www.sportmaxcode.it/wow/default.aspx

Here are just 2 of my awesome birthday presents.

Case 1: T-Shirt illustrated by Maki Lou Lou. This funny feline extends round the side to a cute tail at the back, decorated with bow brooches. I love Maki's mental illustrations, its a peak into the characters that preoccupy and roam her magical mind!

Case 2: Cocktail cigarettes named "California Dreams" in holographic gold box from Elisha. These really jazzed up my smoking enjoyment of the birthday party but I now can't bring myself to finish them! 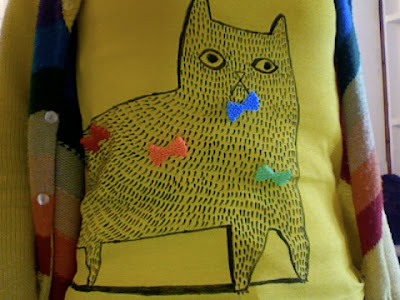 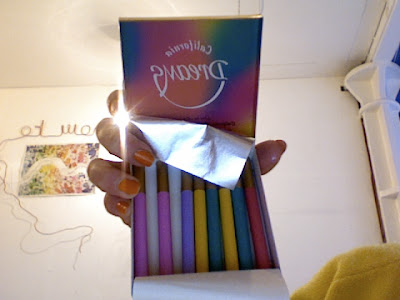 Posted by fredbutlerstyle at 01:03 No comments:

Being of a somewhat shy creature (ie incurably socially unskilled), I tend to gloss over birthdays for fear of any attention or fuss. But this year I was 29 on the 29th of 2009 so something had to be done. But I wasn't quite prepared for what I found when i arrived at The Railway Tavern.............a congregation of familiar faces...............not familiar faces of friends but different versions of my own face! Yes I was experiencing my very own surreal Chris Cunningham "Come To Daddy" moment courtesy of Kim and Alex's mask making and distribution. Great work girls! It was truly trippy in the most bonkers way! The icing on the cake was then a "ring a ring o' roses" type dance with a pair of rainbows. Brilliant! My dreams come to life!
I did question myself on becoming self consciously "fashion" dishing out serial comments of how well dressed each person was. I never normally compliment on attire as I find it a bit cringey but I really couldn't control myself. After a good while it dawned on me what was going on! Guests had been forewarned to dress in one-colour but I was to confused to actually cotton on! Der! All my best friends, dressed in their best brightest clothes. Can't think of anything better. THANKS GUYS! The streets of Hackney had a little one night colour invasion. 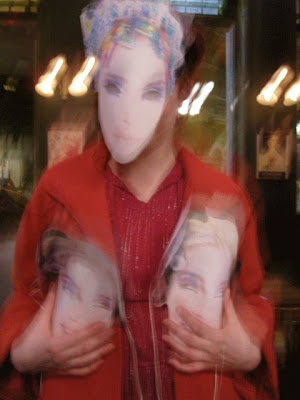 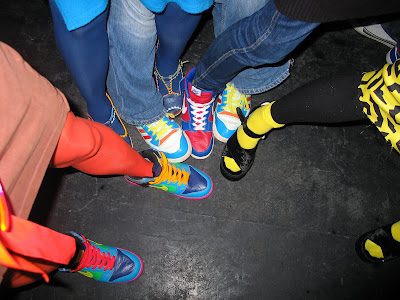 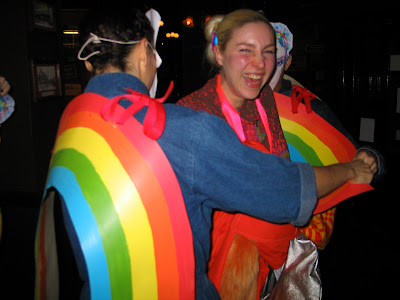 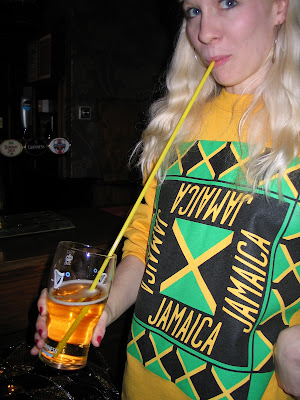 Posted by fredbutlerstyle at 07:50 3 comments: