The golden colours in this picture are beautiful and very different from the rest of the shoot that is light and crisp. Perhaps it was affected in the instant developing and came out wrong in an accidentally fortuitous way. It is this uncontrollable quality about Polaroid's that Mads likes in addition to how they can also alter over time:


"I like all the small mistakes/scratches that normally appears on the
Polaroids after they been laying around for awhile. - it almost reminds me
of old photographs- which is more and more a medium that's dying out.
In a time were almost everyone is moving onto digital, images are starting
to look more and more perfect and clean- I think it's worth remembering the
Polaroids and all the fascinating moments they can recall. Had they been
shots from a digital shoot they would probably have been erased because
why would you save non perfect images." 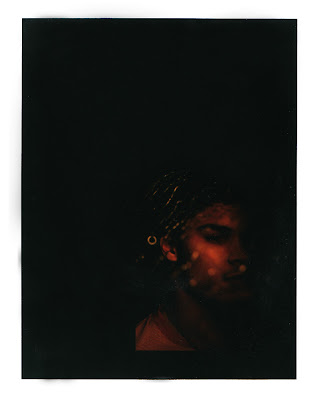 Posted by fredbutlerstyle at 11:29 No comments:

So here are the Kickers portraits I mentioned. I like to use un-seen pictures on this blog to give artists a platform to show more personal work. All the photos that Mads has sent me for this post are original Polaroids from his shoots for this reason and also to show the special magic that materialises in that moment:

"By re looking at these old
Polaroid's I became fascinated about the fact that most of them are taken
in a quite spontaneous moment before the actual shoot starts. Most of them
have been shot to check the technical aspects rather than thinking of the
model looking perfect. This again creates a more natural approach and I
believe that sometimes the best images are taken in the beginning when the
person you photograph is not completely ready.
By reshooting lots of stuff and re directing the models they become almost
to aware of being photographed and the shot quite easily ends up looking
to composed, almost to perfect if you like."

Mads had 1 day to shoot each designer and their muse for this story. That equated to negotiating a cast of about 16 different people which is a tough call for any photographer. But on top of this tall order, poor Mads came down ill with food poisoning the night before! Ever the professional, he soldiered through and managed to extract a gorgeous glimmer of the dynamic between each couple's relationship.
Yes that is Peter Jensen is his underwear! And Simon Foxton and his assistant at the time, Elgar Johnson who has his own shoot in current menswear issue of i-D with Jason Evans. 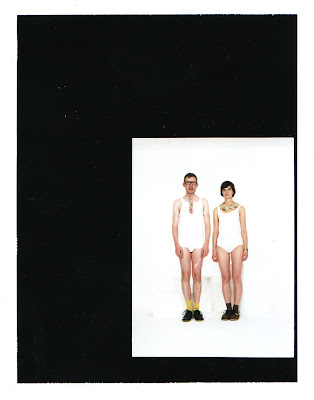 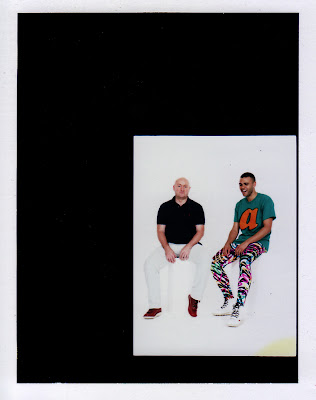 Posted by fredbutlerstyle at 05:46 No comments:

Last weekend I covered the work of Tara Darby who I collaborated with doing the still-life shots for the Kickers X Project. This weekend I'm going to shift focus to photographer Mads Perch who I met at this time. It was 2 summers ago at a sunny August birthday picnic in Regents Park. We went through the customary polite convo of "What do you do?" It turned out we were coincidentally working on the same thing without knowing. Whilst I was styling the boots for press, Mads was snapping the actual designers for a feature in i-D. These portraits then became part of the installation we were asked to curate for the Kickers launch at the following fashion week in a deserted library on the Euston Road.
So to introduce his work, here are a couple of other designer portraits that he has been commissioned to do in the past. Mads has been lucky enough to shoot some fascinating characters and captured some real moments in history and evolution of the subject's individual career and times. I love this picture of Zandra and Andrew Logan from an article in i-D "Two Peas In A Pod" 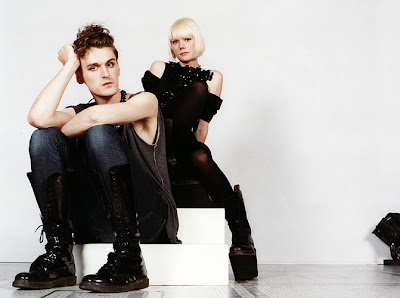 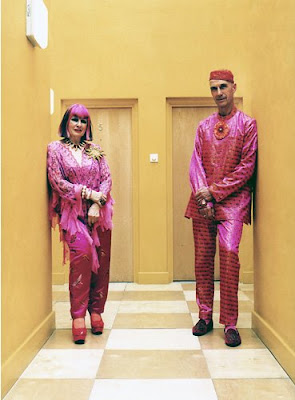 Posted by fredbutlerstyle at 03:01 No comments:

Email ThisBlogThis!Share to TwitterShare to FacebookShare to Pinterest
Labels: mads-perch.com 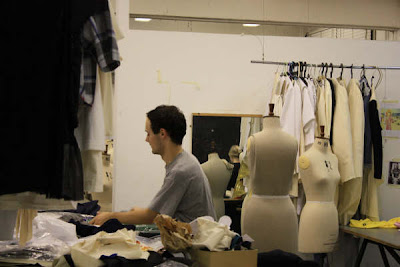 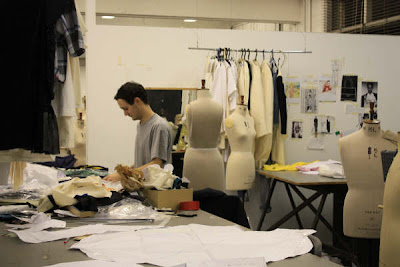 Posted by fredbutlerstyle at 05:43 No comments: 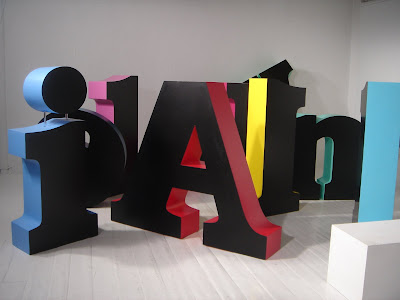 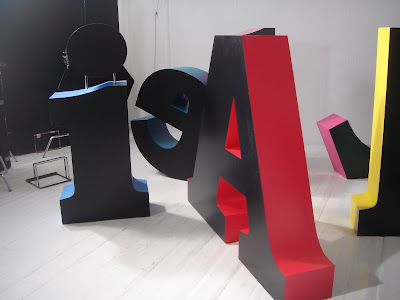 Posted by fredbutlerstyle at 01:09 No comments:

Photo from meeting with Kim Howells and Elisha Smith-Leverock who snapped us to record the uncanny coincidental match of hue. 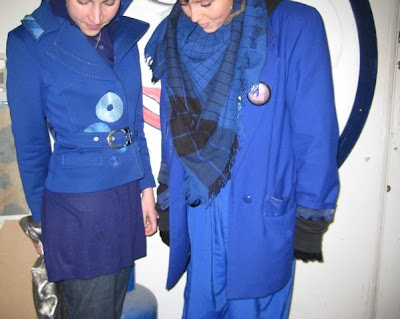 Posted by fredbutlerstyle at 10:11 No comments:

To finish off, here are a couple of portraits of one of Tara's muses Sylva Kay who is a singer and the subject of her upcoming show at the Future Homes Gallery on Andrews Rd. Sylva will be performing at the private view on Feb 5th under the guise of IC with her musical partner Kevin Cormack a.k.a Half Cousin. Together they create "intimate, minimal songs........ a collaboration with krautrock, alt pop, new wave and dance music, creating something sensual, driven, and buzzing with flair".
As part of this group show, Tara is also going to be previewing a short film called 'Access Every Sparkle'. To check out Tara's new work, head east to Broadway market where she is exhibiting alongside another one of my favourite photographers fresh back from NY Annie Collinge.. 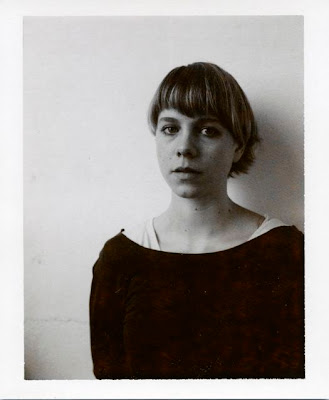 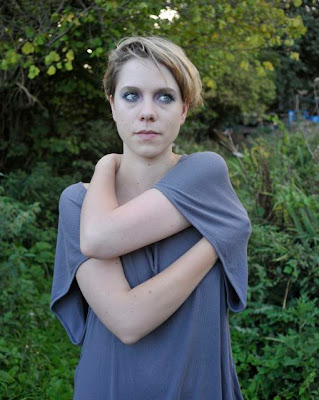 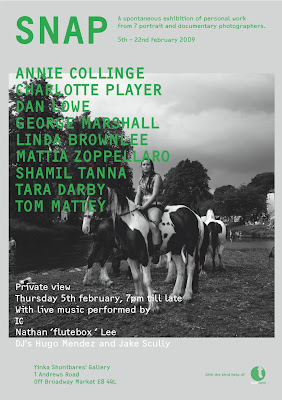 Posted by fredbutlerstyle at 10:52 No comments:

Tara sent over some scanned Polaroids and an unpublished favourite shot from "Fleeting Sky" which was a shoot in the previous issue of Amelia's Magazine (a collaboration with stylist Milena Silvano). The story was inspired by the Ecofeminist Julia Butterfly Hill who spent some time campaigning for a forest's protection by living at the top of a 600 yr old Redwood tree. For Tara's shoot, set designer James Hatt designed and built their very own tree house with recycled old doors and windows,packing crates and pallets. 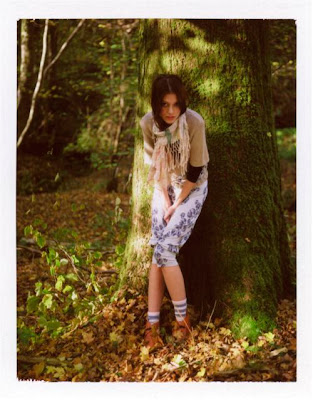 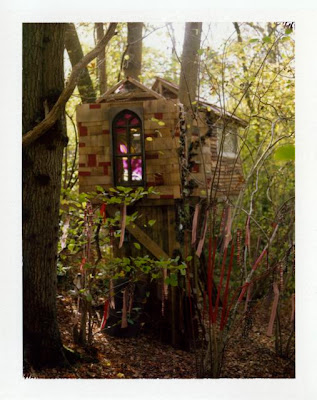 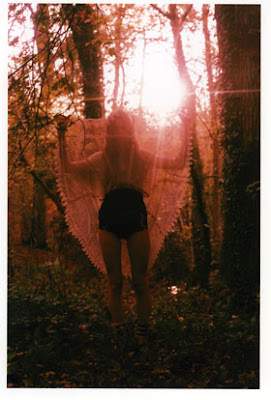 some images from The Fleeting Skies shoot I did for Amelia, polaroids and an image that did not get used
Posted by fredbutlerstyle at 05:24 No comments: