Whilst we had a 3 way Mishkin conference call via Skype to Anna in Switzerland she showed us her new local Charity Shop Goldmine finds. Check out the unworn Charles Jourdan she snapped up for £4 (equiv in Swiss Francs)! Geez! Get us on the first Ryan Air flight out there! 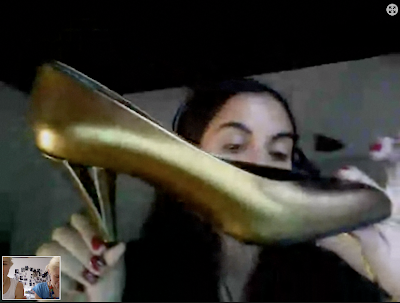 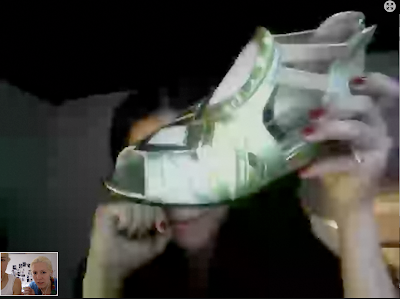 Posted by fredbutlerstyle at 09:49 No comments:

After Maki & Chloe's friends painting exhibition opening in Hackney we headed up the road to see Esser play at the Macbeth as part of the Levis "One to Watch". It wasn't until we were en route that Maki disclosed that she had done the set design in the exhibit in the upstairs gallery of The Macbeth! So we went straight upstairs to admire her massive logo for ethical clothing label " Good One". Here is a picture from the early stages of making the letters.
Esser's performance was excellent and I'm so glad I have seen the act the behind the music. They are about to embark on a national tour so be sure to go and search them out before it blows up..................next single will be "Satisfied" which they are shooting the video for today.........

(I forgot to add that on our journey we also by chance saw Chloe featuring in a film............ (these are prolific ladies!)..........walking past the gallery of jaguarshoes with a film in the window featuring Chloe dressed as an owl in her friends work "Today I am a Polar Bear". Hanna Waldron's exhibition of illustration and print "Tonight I am an Owl" is on at No.1 Kinsland Road until 18th October.) 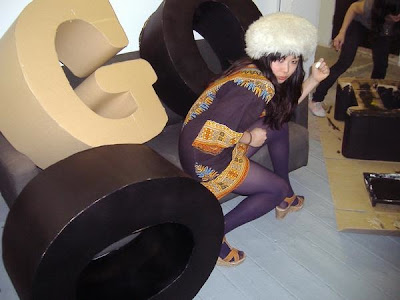 Posted by fredbutlerstyle at 00:57 No comments:

Email ThisBlogThis!Share to TwitterShare to FacebookShare to Pinterest
Labels: http://hannahwaldron.co.uk/

Yesterday was the end of an era for the online pioneer Penny Martin who has left the mirrored doors of SHOWstudio to take up a professorship in fashion imagery at The London College of Fashion. Although Im sure they will greatly miss her I reckon they will be equally pleased to share her as Nick Knight's touching post revealed:

"When you work with Penny, whether it is a 6 hour non-stop live interview with Dame Vivienne Westwood or a quick soundbite backstage to a Vogue journalist, everybody comes away from the meeting feeling better about themselves."

This is very true for me as Penny has been a driving force in propelling me out of obscurity by taking a chance and trusting her instinct. So I am eternally grateful for this breath of fresh air in a very blinkered industry. I entered a competition which I ended up being a winner for. Out of sheer surprise I sent a thank you card followed by posting various other random communications. One day Penny got in touch to ask me to contribute to a project and this multiplied with time (no-one else has ever sandwiched me between Giles Deacon and Chrisoper Kane!..........im talking schedully, not bodily.........!). Not only have these invitations helped my journey immensely but Penny has always been a lush personality behind the work. For example kindness in taking me out with the team for a night and kindness in allowing me to blog through their site. That was my 1st experience of blogging and the big gulps of apprehension as I clicked the upload button to the live feed thru to SHOWstudio's homepage. Cripees that was a responsibility! But she cured my paranoia by sending me an encouraging text message.
Always a reassuringly smiley face in the fashion pack crowd, Penny is a shining light. And here I have only mentioned her personality. To describe her impact through developing and establishing the force of SHOW would need a whole other post............. 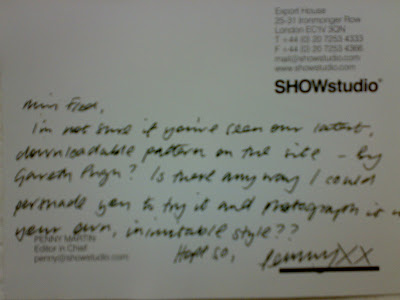 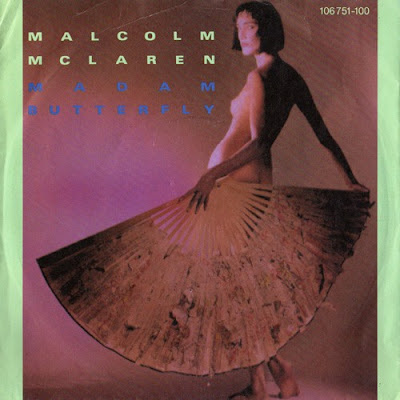 Posted by fredbutlerstyle at 12:10 No comments: 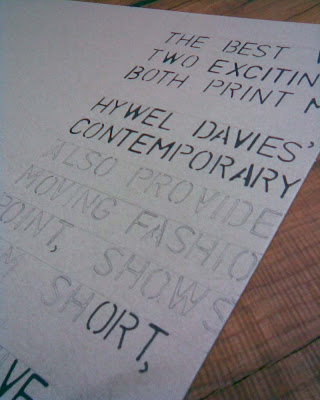 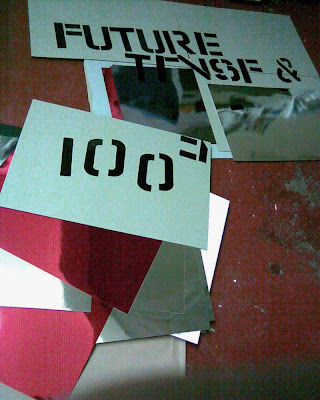 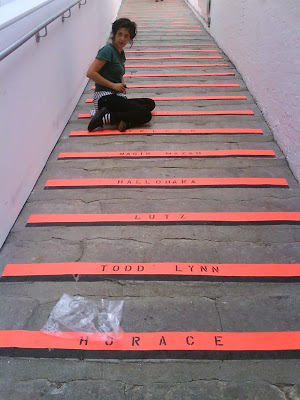 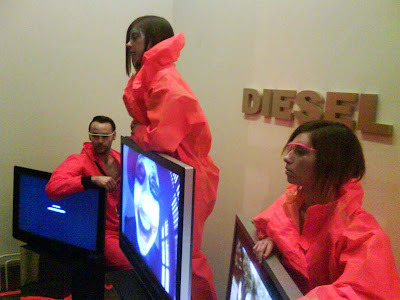 Posted by fredbutlerstyle at 01:02 No comments:

Mon 22nd Sept: The Beautiful and the Damned 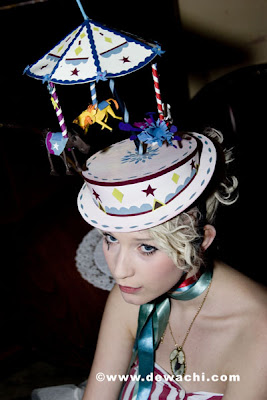 Here is Aimee Grundell who runs a night at the infamous North London rock'n'roll hotspot "The Boogaloo". I came across the wondrous beauty at SHOWstudio where I inadvertently siren sung her to join my team last summer. She soon flew the nest to dabble in her own ventures and "The Beautiful And Damned" is her latest scheme. It is a timezone-jumping decadent disco curated (as opposed to ‘DJ’d’) and the dress code is "timelessly stylish". Last Thurs took a Circus theme and Aimee was lucky enough to be lent a new hat by prop's maestro Helen Macintyre . It is a carousel that is wired to a motor and literally spins around whilst causing a stir from its impressive intricacy.
For more info on this delightful new destination check out their myspace for upcoming listings and events.....
Posted by fredbutlerstyle at 11:05 No comments: