When I went to a Kylie concert last month, I was so excited to see that Emma Roach was credited for costumes and props. I thought that everyone else would be as facsinated as me to know what the process was, so I asked her how the project came about. I normally edit snippets to go with images but I like her explanation so much, I have left it intact:

"I had been working with William Baker since he spotted my work in Italian Vogue. The joan of arc inspired, satin armour piece, originally commissioned by Jacob K, was then remade in miniature for Kylie. After that, the tour was a whirlwind somehow, I started producing armour and robocop induced helmets for the dancers . With a common interest in 70's sci fi and all things camp, I understood William's references and within weeks of the opening dates, we began work on the props for the tour. The stage had been designed with a video floor, on which stage props were to breeze through for a song or two. It was a pleasure to work alongside costume designer Stevie Stewart, she is hilarious. There were times when it felt trapped in a perpetual Doctor Who mirage but it was great. If I had known when I was younger, that I might not grow up to be a car mechanic, but still wear dunagrees and work with Kylie, I think I would of been a very happy girl.

Since the tour I have been working on window displays for MCM along side Fiona Golfar, editor of Vogue. I am also working on concepts for next seasons editorial shoots, traveling and fine tuning my table tennis skills.".

Thankyou so much Emma for taking time to compile this for me, its really fantastic, can't wait to see what else is in store...... 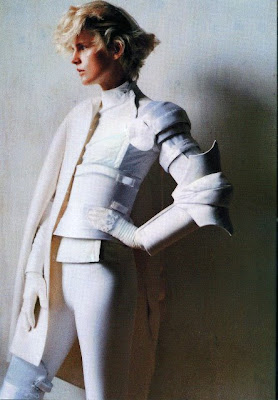 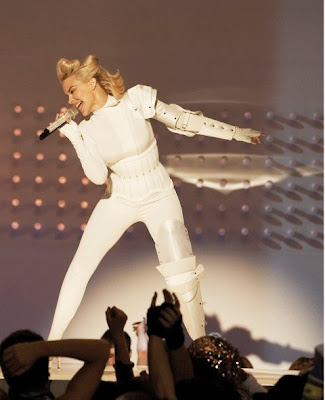 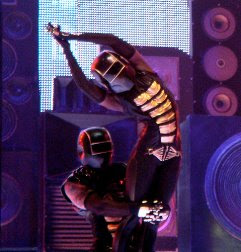 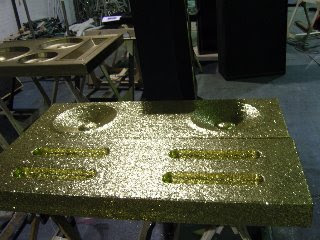 Thurs 28th August: Can't Get You Out of My Head

I don't yet have any visuals for this.
But its all in the ears anyway.
I am obsessed with these tunes, check it out:

Although I have many a favourite blog, the ultimate defining and original perfection of the art (pioneer) is ashadedviewonfashion.com by Diane Pernet. I met Diane in my first week of interning for AsFOUR in Paris in 2001. She was making a documentary about them and came to film them installing their show at Colette. This film is on her website entitled "Chapels As FOUR" which she made with Disciple films where I took this snap of her whilst editing some footage. Funny that at the time, I took this snap it coincidentally had my favourite colours on the screen.
She has always been an outstanding support to me since I began out on my own and has certainly contributed immensely in helping to raise awareness of my business. She is always first to find out about something new and the archive on her blog is the best tool to research anything and everything within the creative and fashion industries. But I guess that we all know this so I will stop stating the obvious about this legendary site and just say a big THANKYOU! 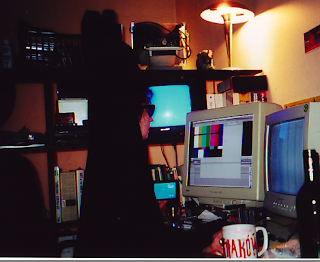 Posted by fredbutlerstyle at 06:01 No comments:

Email ThisBlogThis!Share to TwitterShare to FacebookShare to Pinterest
Labels: www.ashadedviewonfashion.com

I have been listening to "Kitty, Daisy & Lewis" playing live on Radio 6 this evening. I often noticed this exceptionally well groomed and attired young man (seemingly from another era) around my neighbourhood and was very intruiged. I got my answer when I was introduced to him at Kashpoint a couple of months ago where I got this snap. Then I found out that he was in a band with his sisters and joined by their parents for performances. Between them they play guitar, piano, banjo, lapsteel guitar, harmonica, double bass, ukulele, drums, trombone, xylophone and accordion! They are signed to Sunday Best and have just launched thier self-titled album. Here is the video for the current single "Going Up The Country" which is shot around (in my own non-biased opinion) the best neighbourhood in London: Kentish Town. 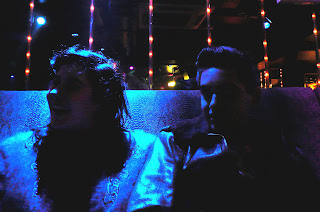 Posted by fredbutlerstyle at 12:19 No comments:

Email ThisBlogThis!Share to TwitterShare to FacebookShare to Pinterest
Labels: http://www.myspace.com/kittydaisyandlewis

My friend K A B I R who is the fashion editor of Drama Magazine has recently been consulting with Roisin Murphy so I have been pestering him for some behind the scenes pictures. This weekend he boarded her tour bus for festival perfomances in Brighton and Manchester. Here she is on stage wearing a Swarovski coat by Katie Eary and later on the bus in her civies.

K A B I R helped style and cast her latest video "MovieStar" inspired by John Waters films. He features alongside some familiar faces.......... Richard Mortimer, Bethan Wood and the fabulous Leo Belicha done up as Divine which is just genius casting! Roisin was on the front cover of 2 Sunday magazines at the weekend noted as the muse to Roksanda Ilincic whose outfit she wears in the video. 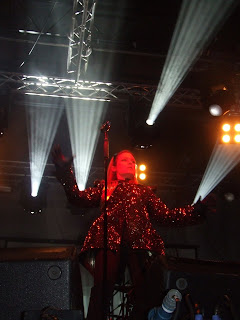 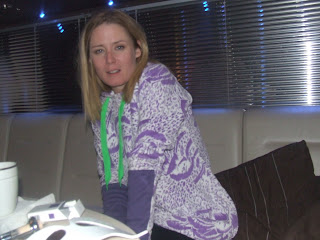 Posted by fredbutlerstyle at 11:51 No comments:

Here is a new face from Storm Models - Tommy Ricketts. We had an evening of fun in Clissold Park, shooting in the trees nextdoor to the fallow deer enclosure and parakeet avery. So nice to have an evening outside before the onset of Autumn despite the torrent of spandex clad runners making us feel totally inadequate in our lifestyle choice. This is one of Alex Cunningham's snaps who styled the shoot. For the official shots, check out Amy Gwatkin's photography blog: spadgerdisco.blogspot.com/ 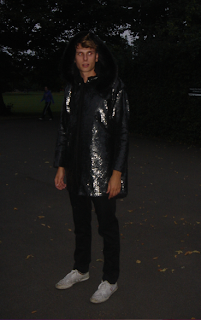 Posted by fredbutlerstyle at 05:04 No comments:

Email ThisBlogThis!Share to TwitterShare to FacebookShare to Pinterest
Labels: http://www.stormmodels.com/mennewfacesdetails.html

The 2nd issue of "The Cut" has just landed. Organised by Nendie and Nina of "HIMTM", it is an initiative to give young people a platform to produce their own magazine. The writers and photographers from West London are aged between 13-19 so the insight in articles is totally fresh without PR driven news as is usually the norm of the magazine world.
There are great music profiles on Micachu, Natty, Twizzle and a gig has been organised in Sept at The Royal Albert Hall with Nels and thecocknbullkid. The are numerous art and fashion features with an 8 page shoot "Road To Carnival". What a great opportunity to have editorial published before your 20!
The next issue will be focused on "creativity" and is a special edition commissioned by the ICA as part of the "Nought to Sixty" season which promotes the top 60 upcoming artists in the UK.
The Cut is free to pick up and distributed across London or download the issue at the website............ 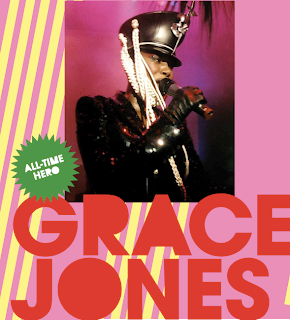 Posted by fredbutlerstyle at 01:42 No comments:

Email ThisBlogThis!Share to TwitterShare to FacebookShare to Pinterest
Labels: http://www.thecutnewspaper.com/

One of my favourite extracurricular activities is riffling the vinyl boxes of a certain undisclosed stretch of North London charity shops. BINGO on Saturday!
I found this album by Bow Wow Wow from 1981 which aside from the hit "Go Wild In The Country" it is famed for the controversial cover. The band were the original line up of Adam and The Ants with Adam replaced by 14yr old Anabella when their management was taken over by Malcolm Maclaren. Ever the Agent Proveocater (sorry for the pun, couldn't help myself) he wanted the cover to recreate Manet's painting “Dejeuner Sur L’Herbe". Annabella's mother had an investigation launched against Maclaren for indecency and tried to have the the artwork banned. The original cover was only printed in a few European countries wheres the UK and US used one with her in a white dress. So I am really chuffed to have found this copy! Geek Central! 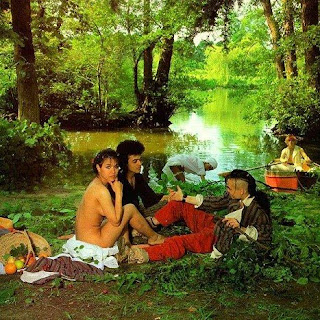 Posted by fredbutlerstyle at 09:14 No comments:

I finally made it down to The Photographer's Gallery for the fashion exhibition. I wish there was actually an official Fashion Photography Gallery permanently. I would be in heaven!
As is the magnetism of London life, I bumped into Penny Martin (Editor In Chief @ SHOWstudio). She is going to be hosting an evening discussion about the show with the Curators and Photographer Joanthan de Villiers on Tues 2nd Sept.
Jonathan shot the artwork for Roisin Murphy's album "Overpowered" which has the Sandra Buckland and Nazir Mashar combo on the cover. Nazir Mashar is the featured artist on today's schedule of FutureTense on showstudio. Full circle link up there?!

Here is my fashion photography book collection and my flatmates (plushpatterns). Our third house mate (English Literary graduate) also has her novels in rainbow order. The colour crisis is certifiably contagious! 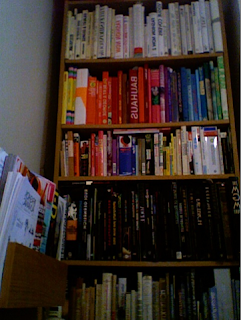 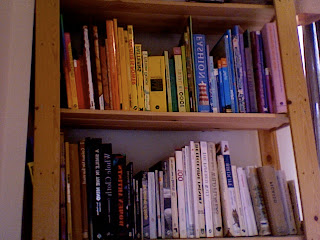