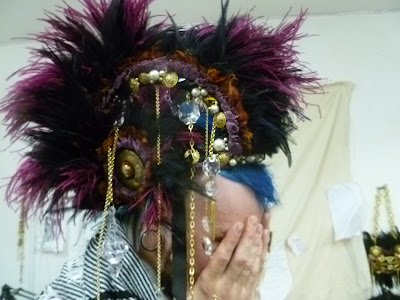 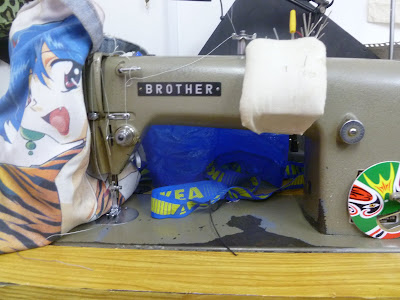 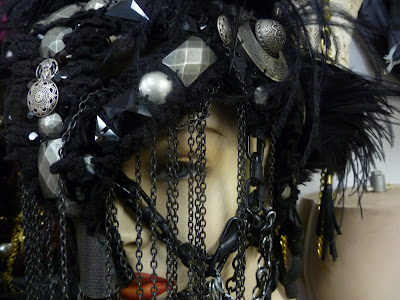 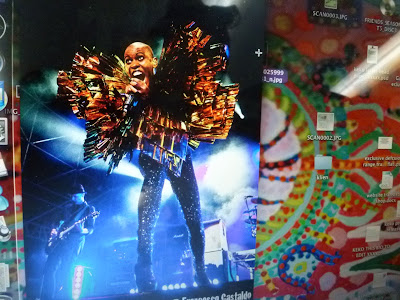 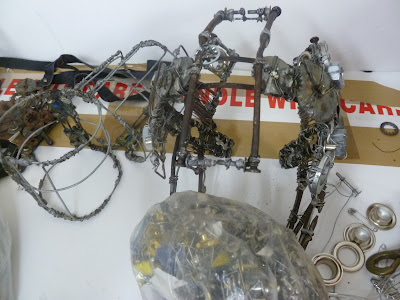 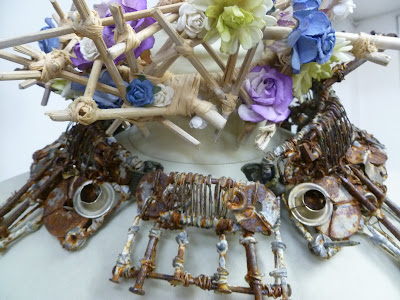 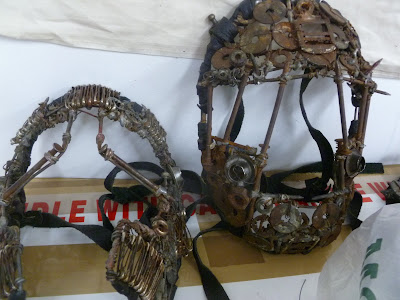 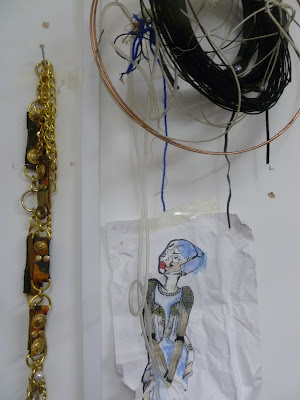 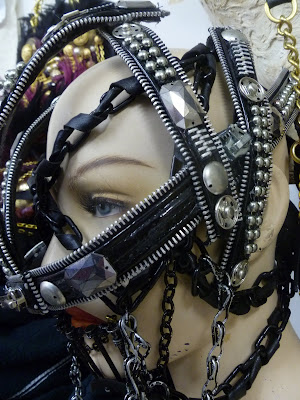 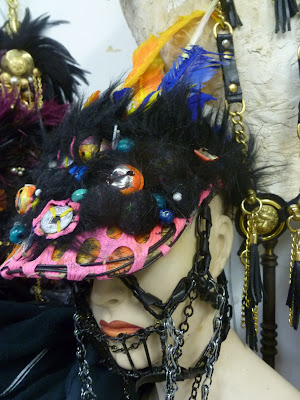 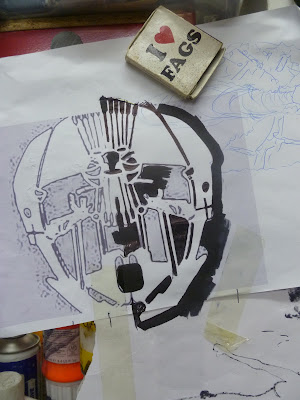 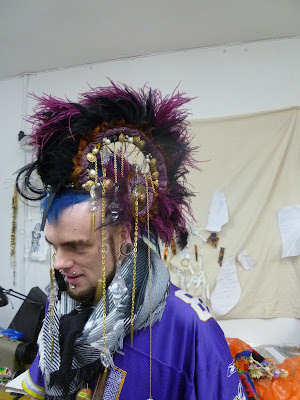 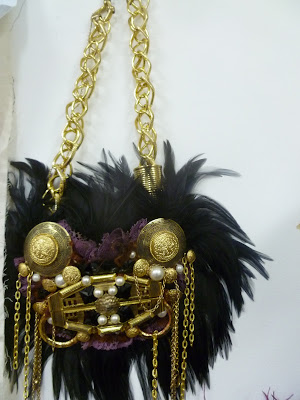 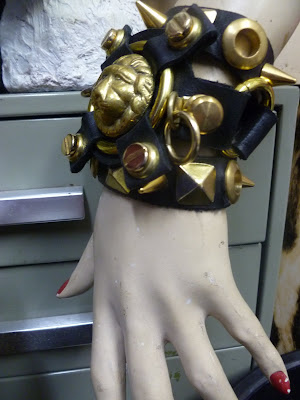 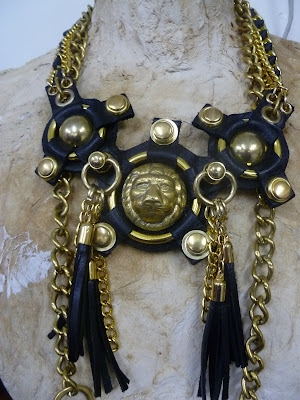 The Sonic Hedgehog blue haired designer Keko Hainswheeler has recently moved round our way next door to Jiggery Pokery and Ede knitwear........... directly opposite MC Motors where the new Rhianna video was shot .......... I wonder if she sampled Dalston's best kebab at the Mangal on the corner?! Its Simply The Best (don't argue, its what it says on the uniform = a t-shirt which is now merchandise on a needs to know basis)
I found a chance to shimmy up the road to pop my head round the door and see how he is settling in and snap some pieces from his new diffusion range. Until now Keko has operated as a commissioned artist working predominantly on fantastical show pieces for pop starts such as iconic moments for Lady Gaga. I will never forget the incredible weight of the intricate and immense studded harness I picked up in her dressing room at the Jonathon Ross show. He spends hours individually creating tribal patterns and texture landscapes out of spikes and metal hardware. When he's not creating a magnificent mane from ostrich feather plumes, he's running up hoodies or bondage trousers for himself. Ive taken a train with Keko and he's pulled out a pair in process to make use of the situation to thread on buckles and pin the parts in place. Efficient use of time is standard for this creative who literally works for days on end with no sleep to finish his ornamental armour accessories.
Whilst dealing with the day to day deadlines, Keko has been putting together a neat collection of smaller jewellery staples to sit alongside the archive of editorial originals. Inspired by a wide range of sources from Baroque to the lion door knockers on his old house, they are assembled from 18CT Gold Plated and Brass hardware. Its a limited edition run so head over to his site to check out the deats and see more of the one-off costumes they are derived from ............ http://www.kekohainswheeler.com
Also pick up a copy of fashion illustration periodical Decoy to see an exclusive Richard Gray artwork of one of Keko's body harnesses.
Posted by fredbutlerstyle at 16:05 No comments: 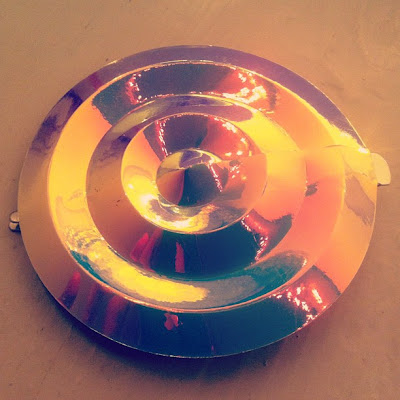 Hello Again!
I can breath through my nostrils for the first time in 2 weeks - incredible!
I ignored a cold for a week and subsequently paid the penalty by getting a skull splitting case of sinusitis (self diag-nosed *excuse the pun*) hence my hiatus since last Friday. I have been laying in a dark room listening to Radio 6 and sleeping. Just before the fever struck, I took part in the Circus Christmas Fair and here is a cosmic photo of one of the flying saucer hairclips from my stall............ taken by Poptuckshop who came to visit. I was parked next to Lily Vanilli's cafe deli for guaranteed warmth and hot soup / mulled wine on tap. All of her treats were delicious and I purchased some truffles for my Nan's Christmas present............ so I'm eager to be trying them tomorrow too............ thrilled I can now (kind of) breath, smell and taste again ............ ready for all the festive trimmings....... HAPPY CHRISTMAS EVERYONE.............. ENJOY!
Posted by fredbutlerstyle at 15:49 No comments: