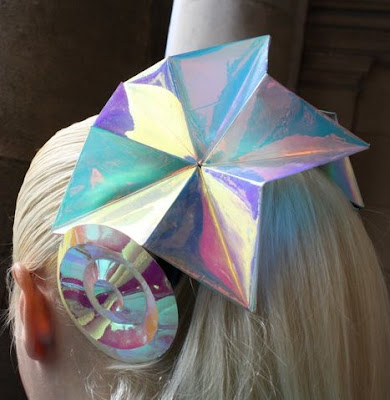 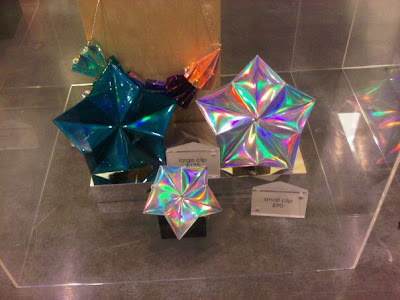 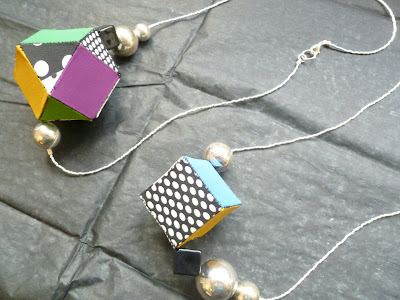 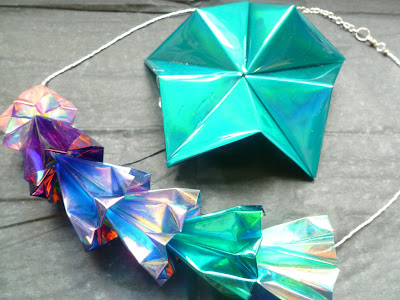 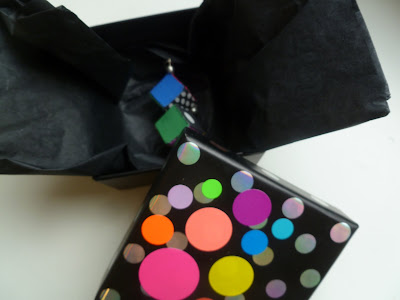 Here are the pieces that I made for a new luxe boutique area within Top Shop's Freedom accessories area. At the back of the floor in the flagship store is now a pocket of designer goodies from a selection of new generation names - Piers Atkinson, Henry Holland, Maria Francesca Pepe, Zoe & Morgan and myself. You can snap up a signature Piers Cherries headpiece or fluffy House of Holland earrings whilst in the Oxford Circus bazaar. My pieces are archive classic styles but produced in an aqua colour palette specially for the project. To find out more, here is my interview for the Top Shop blog ..........

Where do you call home?
My studio. By mistake. (Because I spend the majority of my time there)

What kind of girl wears your pieces?
A girl or boy who enjoys dressing to add to the fun & fullfilment of their day.

Who are your fashion icons?
Those who have been brave to stick to their vision and made work to inspire and enlighten with integrity, passion and humour.

What’s your biggest fashion faux pas?
Nothing is a faux-pas if its done with purity, authenticity and conviction. The only mistakes are in mimicking a mislead trend to deceive others and ultimately yourself. i.e. WHY do people pay premium prices for "destresed / aged" look jeans & t-shirts?!?! RIDICULOUS on every level

Where do you love to hang out in London?
Whenever I get to spend time with my friends - the location isn't crucial.


What’s your design inspiration?
I never really know. Its a combination of realising an aesthetic that's floating around my subconcious and experimenting with new material manipulation techniques.


What would be on the soundtrack to your life?
Micheal Jackson - Don't Stop Till You Get Enough
Aretha Franklin - Respect
Dee-Lite - Groove Is In The Heart
The best songs to dance to - I LOVE dancing.

What’s your favourite ever moment in fashion?
Aged 16 - coming to London for a Phillip Sallon party and seeing that people dressed in a more extreme and exciting way than I had ever experienced.

And you earliest fashion memory?
Aged 6 or 7 - Drawing fashion designs - one Saturday morning - women in colourful bikinis & eyeshadow, fur coats, huge earrings and perms. Needless to say, it was the 80's


If you could have any super power, which one would you have and why?
The ability to revert humans to humanity. Surely this might start to save the world?! If every person treated each other and their surroundings with respect, the future would be a brighter prospect.


What’s the best way to spend a Sunday?
Record shopping - digging crates to find a hidden gem that I've been waiting for. I also enjoy eaves-dropping on record shop guys conversation!


What’s your most treasured possession?
My family


What’s on your radar for 2012?
www.elladrorpr.com 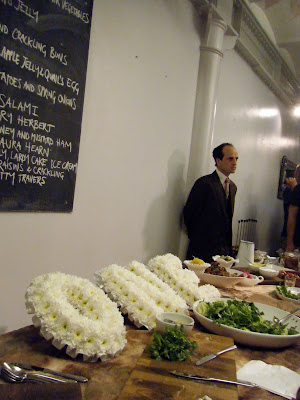 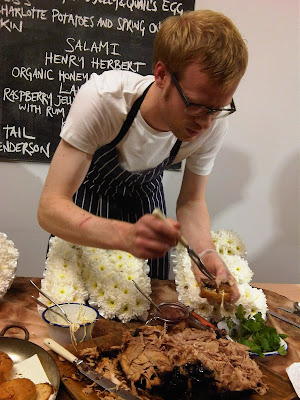 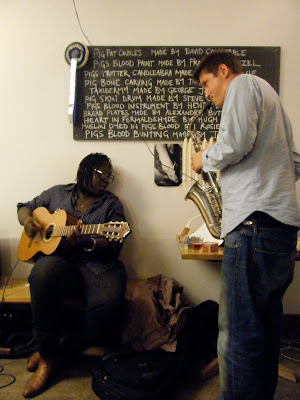 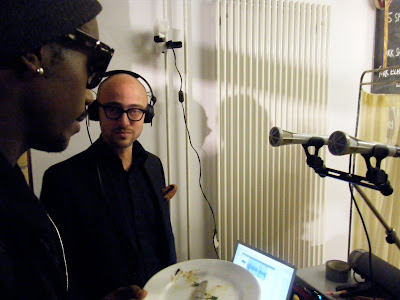 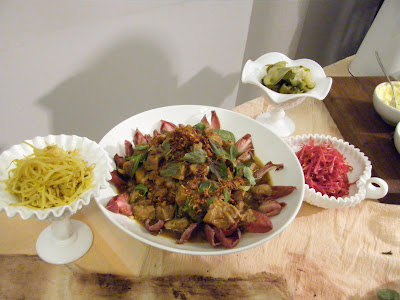 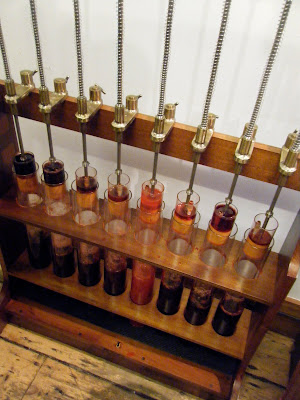 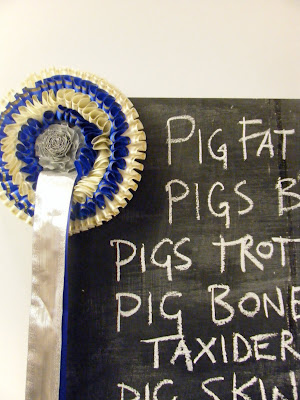 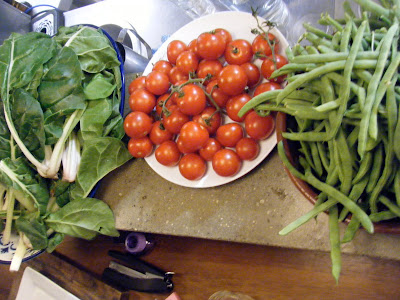 In the midst of my hiatus from blogging, here is a previously unpublished article from last summer which ties into "One Pig" being brought to The Royal Opera House one year on:

I have been hearing tails (forgive the pun) about this forthcoming album for some time and been fascinated about the whole concept - so to attend the final chapter was fascinating. In a nut shell, Matthew Herbert has sonically documented the life cycle of "One Pig" in order to compose an album from all the sounds. He was present for the birth and visited the creature every 2 weeks of its 1 year existence, taping its trotting antics. To conclude the journey, Matthew attended the butchery of the carcase and curated an assembly of chefs to cook the meat to honour its sacrifice. The process of preparing the dishes was recorded and guests were invited to dine on these platters. Each attendee took turn to take their plate into a sound booth and lay down some chomping noises to contribute to the acapella for the soundtrack!
Matthew composes music as a commentary on society as its inherent role is implicitly inseparable from culture and humanity.......... he questions why more artists don't also incorporate current affairs as the crux of the concept for their albums. In this instance Matthew is addressing the increasing separation of consumer's consideration of where food is sourced and farmed. He is highlighting modern eating consumption since meat has become so cheap and disposable. ie. how many chicken shops do you see daily in London and how many chickens do you actually see?! Matthew decided to track the life of a pig for a soundtrack to encapsulate this particular preoccupation of his.

In addition to the menu of meals to use the meat, the entirety of the animals anatomy was transformed into products for the "One Pig" project. Its blood was used to die the table cloths, fat to make candles and even its trotters to make the candelabra. To add to the musical element, its skin was stretched for a drum and remaining blood bottled up in glass cylinders in an invented instrument which was an organ that made squealing noises. Pickles were prepared a year in advance to accompany the ham and pork pie......... no detail was left unconsidered - this animal's sacrifice was to be put to the best use!
What better way to do this then have the following feast: 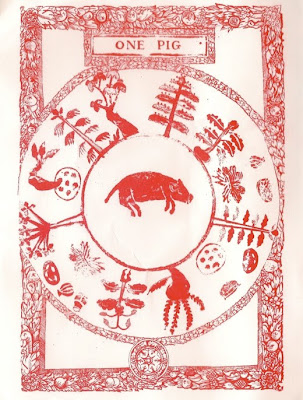 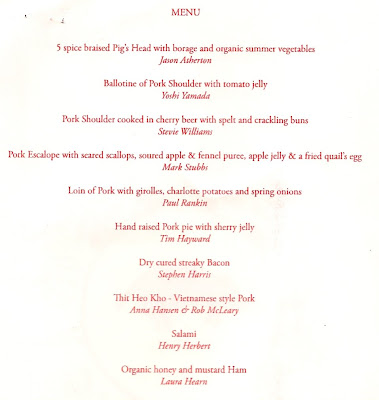 The whole sonic supper was washed down with English Ale and serenaded off with a rendition of Old Langswine (excuse another pun!) with Dave Invisible on guitar and Finn Peters on saxophone.
Tune in to hear updates on the final release of this epic immortialised piggy soundpiece...........
Posted by fredbutlerstyle at 13:47 No comments: