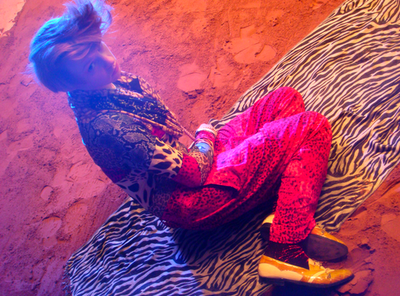 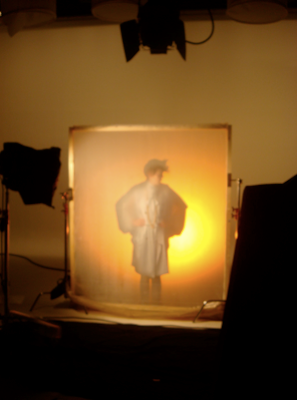 The BBC have announced the 15 winners of "Sound of 2009" with Le Roux entering in at No.5 just losing out to contemporary songstress Little Boots. 130 of Britain's music critics voted their predicted top up and coming acts for the forthcoming year. The other female singer/songwriters in the shortlist include Lady Ga Ga, VV Brown, Florence & The Machine.
Here are some behind the scenes snaps of Le Roux on set of her latest video for "Quicksand" which I have lifted from Nova Dando's blog. Nova styled the story which was shot by Kinga Burza. So this project was also a combination of other burgeoning female talent, all on with an exciting year lying ahead. The team are now working on the next video for future release "For The Kill". For "Quicksand" Nova put Elly in a mix of Margiela, Ksubi, House of Holland and her own leopard print creations which she made especially for the day.
Posted by fredbutlerstyle at 10:03 1 comment: 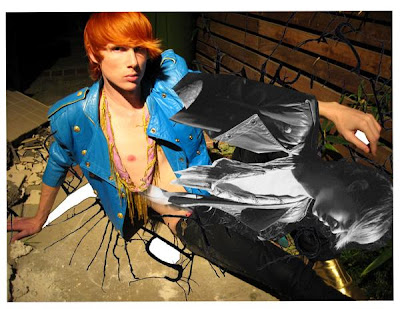 Having discovered my multicolourtrianglegeometricallytwintransatlanticwestcoast answer to all things cosmically lush, it seems the fellow is equally refreshing. I contacted Brian to see if he could send over any pictures for my blog and damnit he got back in touch with the following. I harass lots of people whose work I like, to no avail. So when a good egg responds, I know I really am onto a winner and not a Veruca Salt. Thanks Brian! You can see Beyonce rocking some Brian Lichtenberg in her latest vid. 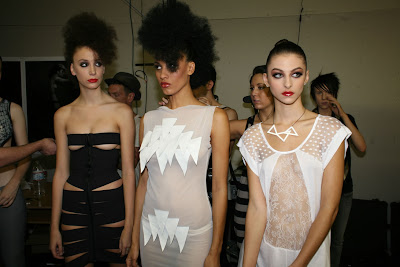 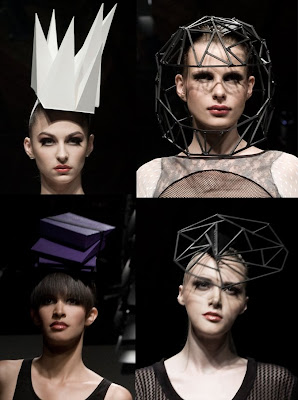 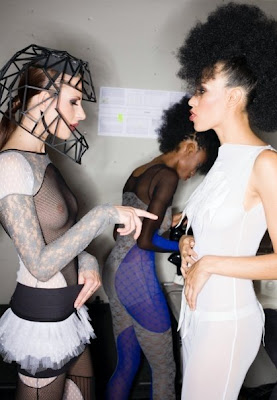 Email ThisBlogThis!Share to TwitterShare to FacebookShare to Pinterest
Labels: http://www.brianlichtenberg.com/

What an exciting surprise to find my A/W triangle necklace in V Magazine and the double whamy bonus is that is on one of my favourite new bands "Micachu & The Shapes" (http://www.myspace.com/micayomusic). I have seen Mica and her shapes (Mark & Raisa) perfrom a few times and can't wait to hear the debut album which is aptly going to be named "Jewellery". The original tracks recorded in her bedroom have been jazzed up by producer Matthew Herbert and the outcome is a pop allmagamation of sounds (grunge, hip hop, garage, grime, experimental percussion). If you haven't checked out their live performance yet, they are playing at The Barfly in Camden on Friday night.
The other band featured in V are "Telepathe" who are wearing a laminate necklace from the latest collection by RCA product designer Bethan Laura Wood. (http://www.woodlondon.co.uk/) 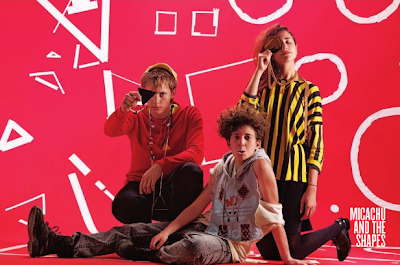 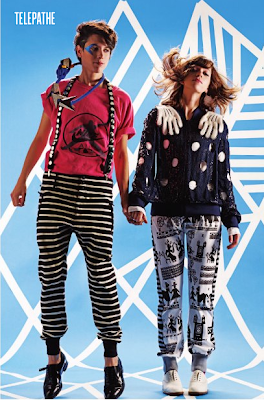 Posted by fredbutlerstyle at 14:26 No comments:

Email ThisBlogThis!Share to TwitterShare to FacebookShare to Pinterest
Labels: http://www.vmagazinedigital.com/vmagazine/winter2008/?pg=54

The postman is still delivering beautiful New Year Wishes which is very exciting.
The 1st card here is from the team at SHOWstudio. It looks like an image from another era in its muted tones and timeless setting, not to mention the stunning headpiece. It is a shot by Set Designer Gideon Ponte taken at Abbey Road Studios during the Fashion Dj's project in the summer (the blues diva looking model being Jourdan Dunn).
The 2nd card here is a sparkling hand made collage from Heather Turnbull who joined me at the studio to help with the last collection. She is currently finishing up her own degree presentation in multi media textiles at Loughborough University. 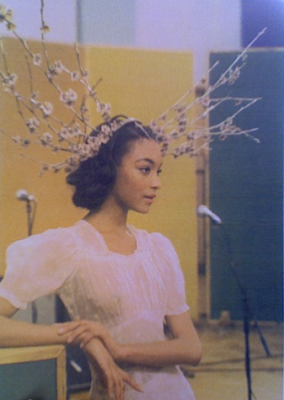 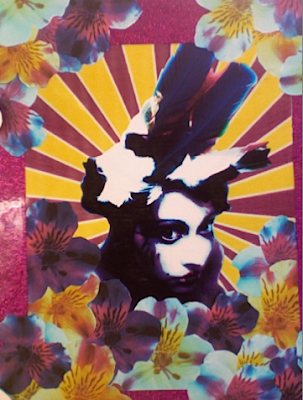 Posted by fredbutlerstyle at 01:31 No comments:

Email ThisBlogThis!Share to TwitterShare to FacebookShare to Pinterest
Labels: showstudio.com/

Amy Gwatkin has gone pink. Formerly a lighter shade of violet. A new year, a new colour. Im loving it, can't wait to see it for real. 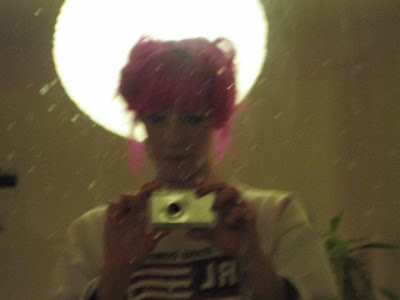 Posted by fredbutlerstyle at 01:23 No comments: