We found out that more work by Maurizio Anzeri is on show at The Rifles Gallery including 3 of the afore mentioned hair sculptures. So I was even more pleasantly surprised to find work by other artists in the same location. The shows are currently split across three floors with the ground floor dedicated to tapestry. In 2005 "Banners of Persuasion" commissioned 14 artists to design an edition of five handwoven tapestries. Originally shown in 2008, this is now a mini selection including Peter Blake, Gary Hume, Kara Walker and Julie Verhoven. I can't believe that I have only just found out about them. The Julie Verhoven hanging "Far from the madding crowd" is suitably delicious in her signature style psychedelic faces and places.  I wanted to rip it off the wall, stash it in my swag bag and run straight home ("I'll ave that" Burgler Bill style - for anyone who had that book as a kid! ).  But they are only on show until Weds before they head off  to exhibitions in New York, L.A & Moscow so I would hate to deny the rest of the world! 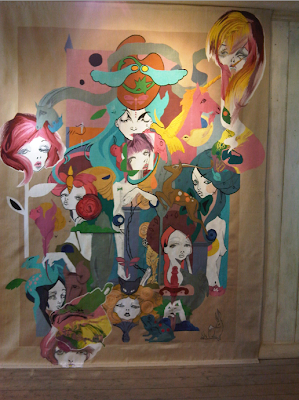 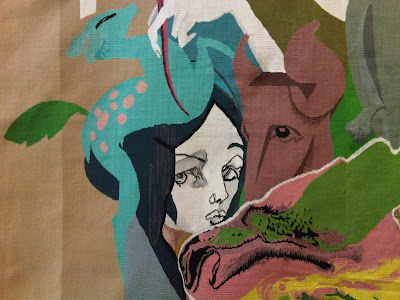 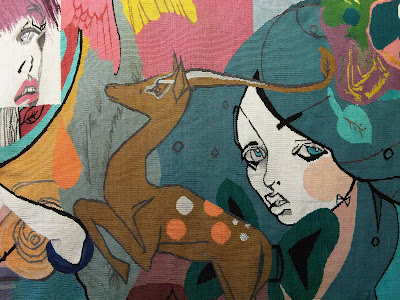 Posted by fredbutlerstyle at 14:20 No comments:

Email ThisBlogThis!Share to TwitterShare to FacebookShare to Pinterest
Labels: www.bannersofpersuasion.com

Next stop, a talk by Maurizio Anzeri at the new Photographer's Gallery. Previously known for his sculptures of plaited hair, Maurizio has recently transferred his embroidery skills onto vintage photographs. He has amassed black and white posed portraits from flea markets and carefully characterized individuals with coloured threads. Maurizio explained that some are easier to transcribe than others. The anonymous faces gazing out give away a certain glimpse of narrative for him to interpret in addition to a few being dated and titled as starting points. The result is impassioned pin hole weavings of geometric patterns applied in painstaking precision and optical intricacy. In the end he regards them still as sculpture due to the relief surface texture. So although my photos are perhaps not the most clear view of the finished article, I have tilted the camera to try and illustrate this way of looking at the 2D object.
The talk was a refreshing affirmation of proper REAL art because not only are the works beautiful but he came across as a very naturally contented soul with no delusions of artifice or.pretension. Full of affection but not affected. 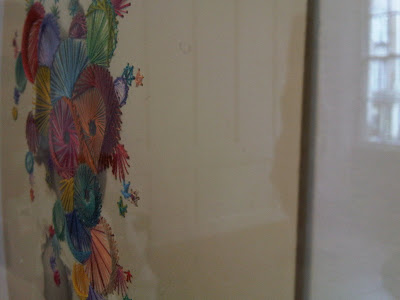 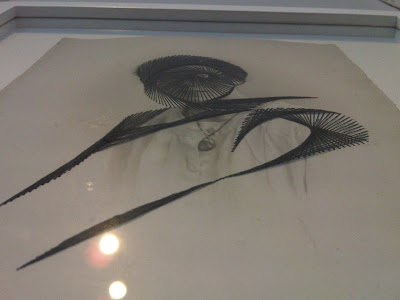 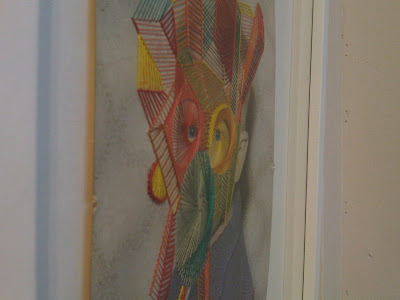 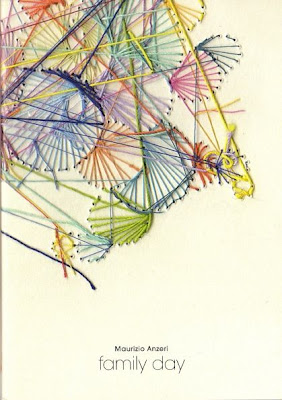 Posted by fredbutlerstyle at 12:42 No comments:

Email ThisBlogThis!Share to TwitterShare to FacebookShare to Pinterest
Labels: http://www.photonet.org.uk/index.php?pvid=1068

With the rare opportunity of a day off, I took a tour of the sun drenched jasmine-scented streets of London in search of some cultural enlightenment............... I had a blissfull run of encounters and discovered some real gems.

First stop "Unordinary People" at The Royal Albert Hall. I didn't even know they had an exhibition space? But they do!
Along the circular twisting atrium on the ground floor was the latest installment from PYMCA's subculture photography archive. It started with the birth of youth style in the swinging sixties all the way through each and every "style tribe" to the contemporary 00's. The unique quality of this collection is that the images have been sourced from photographers that were immersed in the actual movements rather than spectators. Therefore the majority of the atmospheric shots were genuine insights into the seminal moments that were impalpable to the subjects living their every day lives.
Each segment of the timeline was explained in captions by Ted Polhemus. Being abjectly warned against the reliability of his meditations during my own dress-history lessons tarnished the education factor of the exhibit BUT the shots were incredible. (Although I certainly question the authenticity of the BoomBox snaps at the end which didn't look like any of the Sunday nights I frequented on a weekly basis!). However I loved this collection of predominantly unseen portraits, and was very glad to have caught the last day. 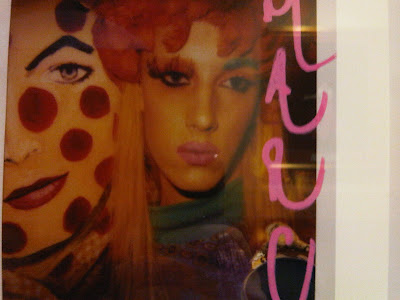 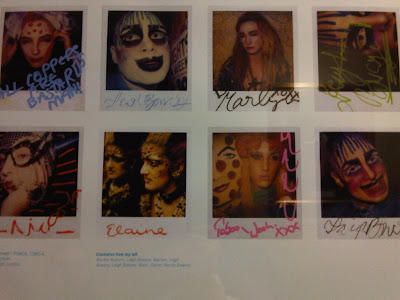 Posted by fredbutlerstyle at 11:55 2 comments:

Email ThisBlogThis!Share to TwitterShare to FacebookShare to Pinterest
Labels: http://www.paulhartnett.com/

In an attempt to house some of our left-over props I have gradually been turning our loo into what now appears like a Tony Heart type gallery. I think its the perfect place to decorate, as its the only time when you stop working, sit down to look at your surroundings.........(without going into too much detail here!)............so it makes sense to poster the walls with lookbooks to have time to appreciate the complexities of collections. However, not so flattering for the designers when they become synonymous with being "those dresses in the loo" to our visiting interns. That has happened with Cooperative Designs who have the honour of 2 hangings in our curated water-closet. But this week Dorothee and Annalisa are showcasing their S/S collection in a West End location arguably slightly more prestigious than our Candid Arts local ; ) Cooperative Designs have taken over the windows at Browns Focus, where they are selling their delicately crafted signature striped knit dresses. The collection was inspired by MEMPHIS, the 1980’s Milan-based collective of young furniture and product designers led by the veteran Ettore Sottsass and known for its post-modernist style. So perhaps its not so bizarre that I have implemented thier look-books into our own interior design!? 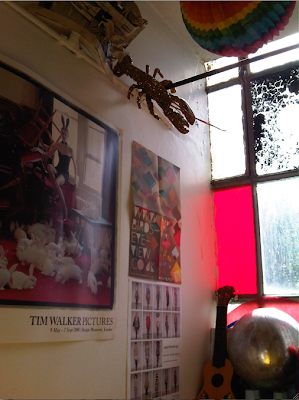 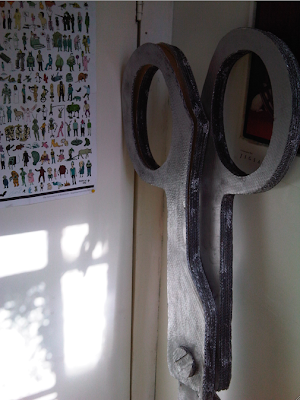 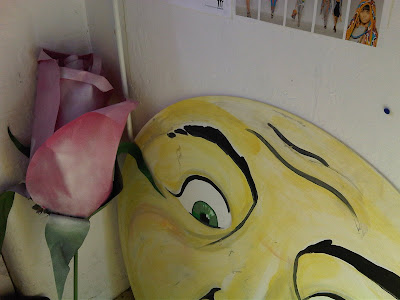 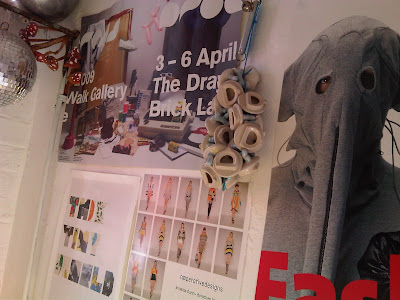 Here is Amy Gwatkin's genius film that opened the runway show for the collection:

Posted by fredbutlerstyle at 01:26 No comments:

Here are our next door neighbours........Team Kruger. What fantastic neighbours to have! They run their own incredible free music magazine which we have watched grow from strength to strength and is now a fully functioning operation with as many arms as a Hindu Goddess. For example last night was their monthly event at The Social. Another monthly feature is a free download singles club alongside regular podcasts, blogs and tour diaries. This is one of the best bits..........each issue a new act is handed over the baton of a suitcase to take on tour whilst blogging their exploits............and when finished, put their sticker on it like an old destination stamp..........so that one day it will be covered with a plethora of memorial graphics with the first being Micachu and currently Little Boots.
The current issue has answered all my questions about Plugs (the band not electrics!), that Owen Pallett has worked on the new Rumble Strips album - not just Mark Ronson, who the hell Marina and the Diamonds is (that ignorance is not going to last long) and some really beautiful portraits by their NYC photographer Christopher McLallen.
So to find out more about what the guys are concocting up at Kruger Laboratories head to : http://www.krugerlabs.com/

They even turned their hand to a spot of prop making for the last issue! Making this robot to replace a missing member of the Rakes for a photoshoot!

(Another bonus is that we can raid their promo CD reject stack. I discoverd a new Larry Tee album which features a single by Jodie Harsh called "Agyness Dean"! Hilarious! Looking forward to seeing how that one is going to be marketed..............) 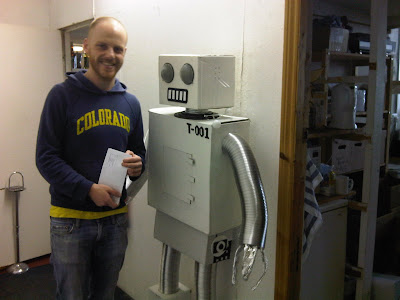 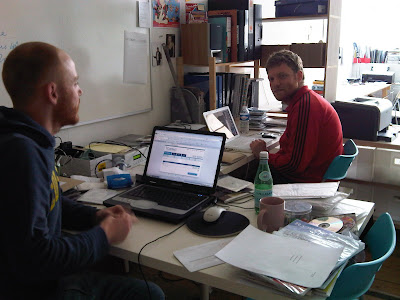 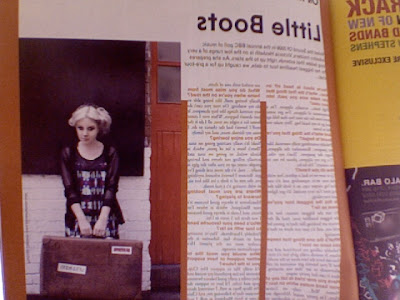 Posted by fredbutlerstyle at 01:19 No comments:

Weds 20th May: Somebody got a nice surprise!

A goldfish grows as big as its bowl. My kleptomaniac fins are squished right up to the concave walls.
That doubled with my uncontrollable habit of giving presents, meant that there was only one option to deal with dismantling my installation at Kokon To Zai. With no room at the Inn (studio) for the new 2.5, I knew exactly who would find a good home for it - Chanel devotee Mandi Lennard. So Sara and I knocked up some fancy wrapping and dropped it off at her showroom with an equally giant Barbie's hand laying in wait. We had so much fun making the giant bow. I wish you could see the scale of this beast. Its 1.5 metre square so if Clinton's were to ever diversify into outsize gift wrap, they might need to give the "Forever Friends" aisle the old heave-ho to accommodate these bad boys. 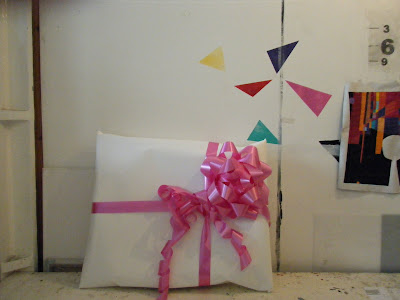 Posted by fredbutlerstyle at 10:22 No comments:

As part of The Big Yellow Festival Centenary celebrations at Selfridges, Satrudays are the designated day for fashion shows. Each week Lulu Kennedy pulls together different looks from the store's shop floor selection and style's a different story. This weekend was a colour blast and my A/W archive pieces were requested to compliment some of the outfits. At three intervals during the day, the central escalators are roped off and a guest dj plays a set to accompany the models travelling catwalk. Next week Lou & Nova will be spinning the tunes ...................after Frankmusik plays on Friday and Rory Hammond plays on Sunday. Nova is currently looking for assistants.............so check her blog for details: http://novadando.blogspot.com/, 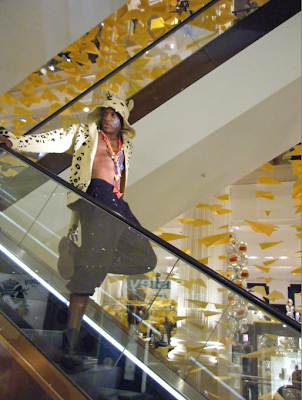 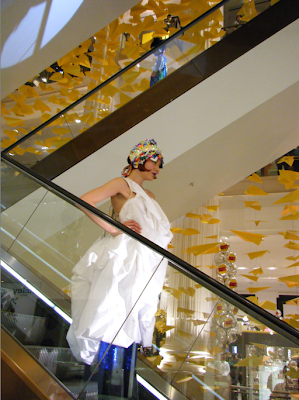 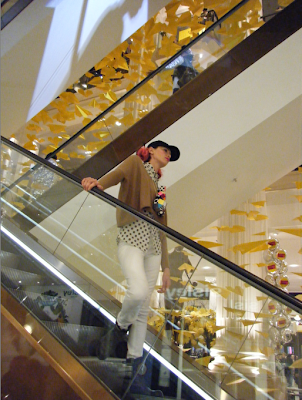 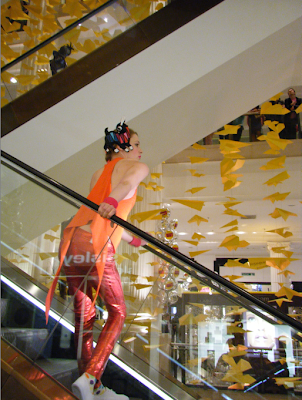 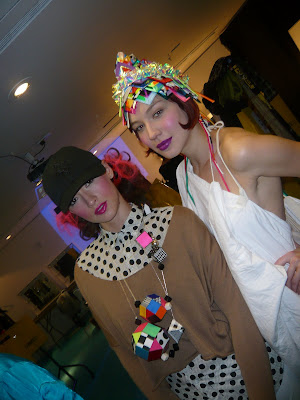 Posted by fredbutlerstyle at 03:49 No comments:

Is it just me or did someone not tell them?
(shame they disabled the official video link so this unofficial version is the best i can find)

No that's not a description for my absence from blogging this weekend* but the name of the fun filled label of goodies that make burger beanies and donut design tees.
Although the online store is a visual treat, it doesn't beat the real deal and going along to the shop on Kingley Court. Infact, no time is better than the present, as the windows have just been overhauled with hilarious faces to launch the new specs range. The illustrator behind the cheeky chappies is the ridiculously rainbowlicious Rosy Nicholas who I profiled here when I discovered her talents (http://fredbutlerstyle.blogspot.com/2009/03/tues-10th-march-rosy-nicholas.html). Sorry Rosy, but I had to put this portrait up to give a little insight into how you might come up with the characters that you draw............I love this photo!

* FredButlerStyle has had a technological meltdown and resuming regular opperations is proving too ANNOYING when phones and computers decide to say "No" at the same time.
Apologies to anyone I have ignored since Friday, its not personal, I just went AWOL 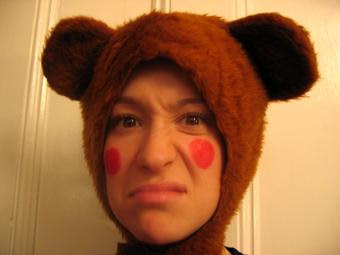 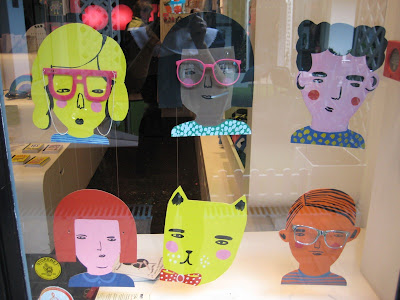 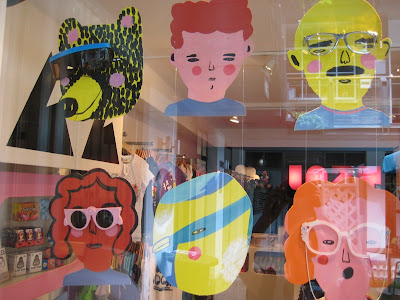 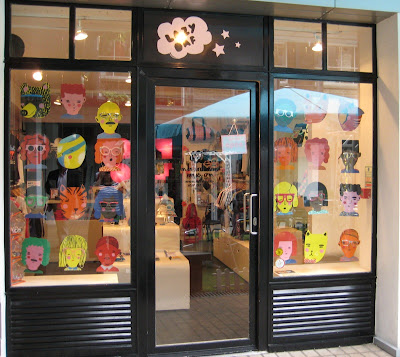 Posted by fredbutlerstyle at 04:04 No comments: