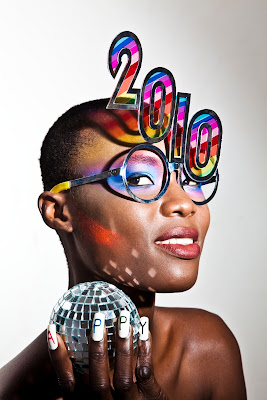 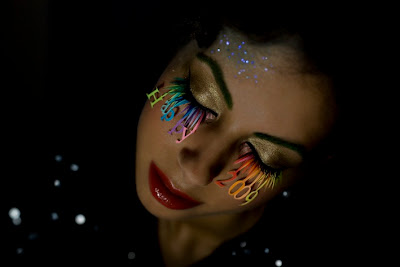 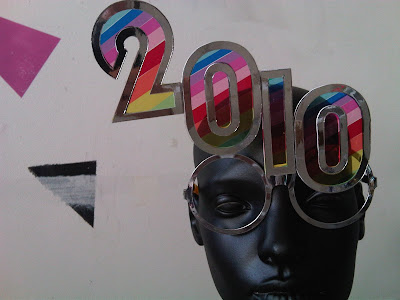 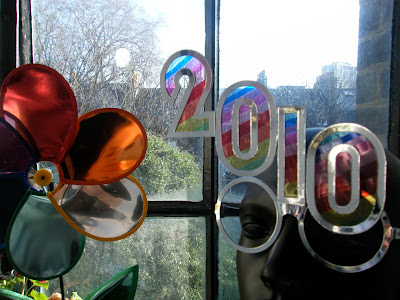 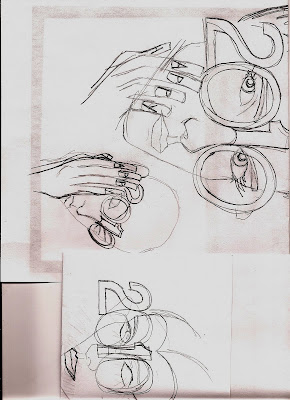 After the success of our Christmas card mailer last year, we decided to lock down a couple of days to secure producing the sequel for 2010. For 2009 I made a pair of rainbow eyelashes which Megumi Matsuno applied and jazzed up with polished makeup to our model WorkIt girl Sara El Dabi. To keep the same crop and concept we decided to keep the focus on the eyes again but this time make glasses as the two zeros matched perfectly to spectacle frames. It was then that it occurred to me to pitch the idea to WAH! Nails to provide a rad manicure to spell out the "Happy" element. Whilst Anna Leader and Amy Gwatkin set up the lights at their studio, Megumi and I walked Tracy to WAH where she underwent the transformation to this stunner we captured in the final shot. What an amazing girl! GORGEOUS!
HAPPY 2010 !!

Curiously colourful and creative (as ever!) Wishing you a wonderful year, full of art and inspiration.

Oh I looooove it! Congratulations...