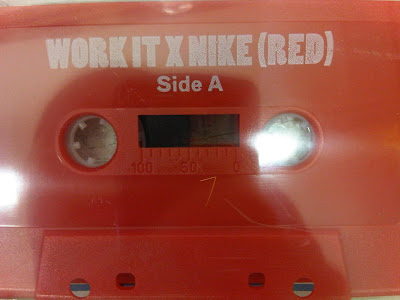 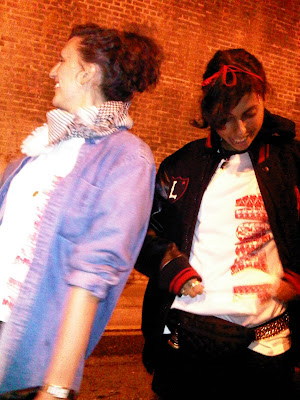 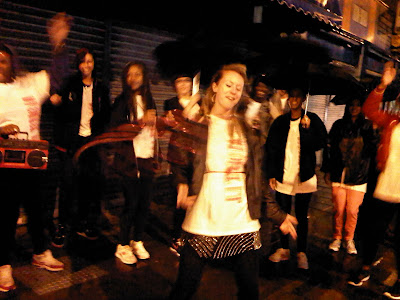 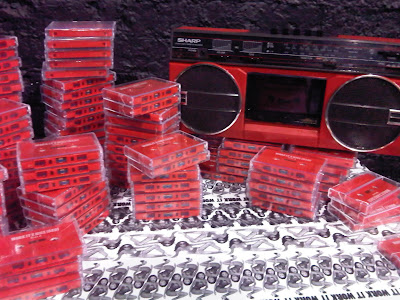 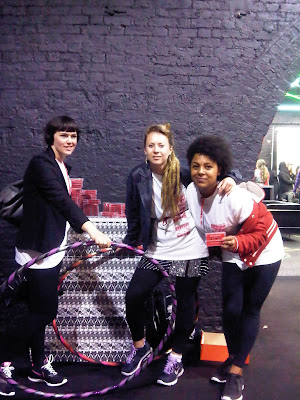 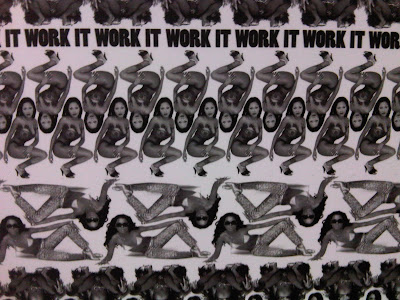 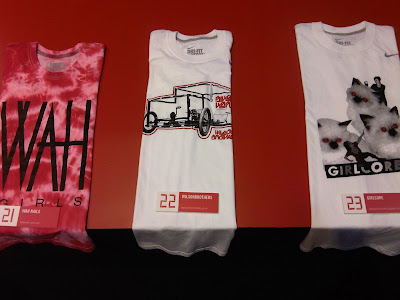 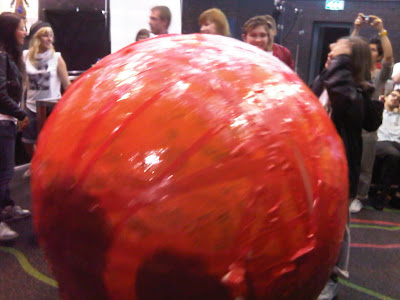 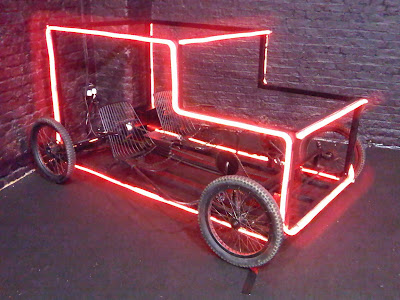 Over 24 hours, 24 teams are running a relay race to raise awareness for (RED) charity in conjunction with NIKE. The event is also taking place in New York, Milan, Berlin and Paris so have a look what is happening in your city to help raise awarness of AIDS in Africa. The charity has been set up to maintain getting medicine out to those with HIV and expanding education programs to put a stop to the epidemic.
I took part in the early hours of this morning as part of the WORK IT girls team who were allocated midnight till 1am. We were handed the baton from Girlcore who had been laying down red gaffa tape and came across the finishing line with a (pretend) gigantic ball of wound up red gaffa tape. Previously Girlcore had taken over from the Wilson Brothers who had made a go-cart decorated with Red Neon to cycle their stretch having themselves taken over from WAH! who had cycled to Buckingham Palace and back. Our novel idea was to conga from the NIKE store all the way down Kingsland Road to hit the destination of "Visions Video" where the girls hold their club night WORK IT. After braving the rain on the way down we broke out of our conger line to have a dance with our umbrellas to SWV on the boombox:

"Sure as the sun is shining
Our love will keep on climbing
There's gonna be some rain
Gonna beat the pain
But as long as I know
Boy, time will show
Our love will grow
And I know"

Much fun was had getting the girls together for a giggle and it was all for a good cause and contribution to the NIKE project..................which is still running (literally) today...........culminating with the final lap between 7-8 which is open to the public to join the last leg. Special red shoelaces have been made for the event and can be purchased to raise funds as well as jazz up your kicks. Each team designed their own T-Shirts with WAH tie-dying thiers and WORK IT making a logo from their tessellating Lil Kim graphics! The girls have also made a mix tape which I can't wait to listen to but I'm gonna have to dig out a cassette player..............or maybe my vintage Walkman! Congrats Loren and Sara for organising thier crew of sisters doing it for themselves.


If you havn't been already, check out the NIKE concept store which has been designed by the Wilson Brothers:
Nike Stadium - 1948 Arches 477 - 478 Bateman's Row, Shoreditch, London EC2A 3HH
Posted by fredbutlerstyle at 04:30