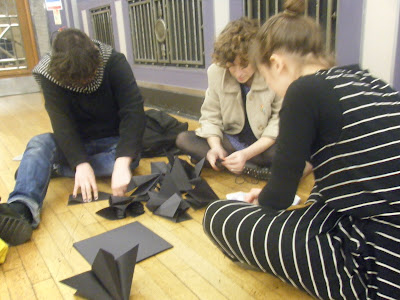 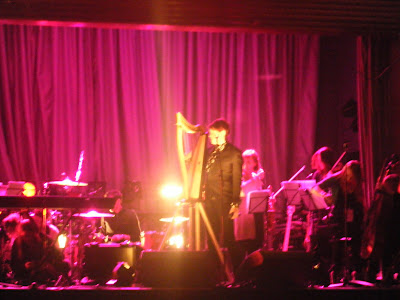 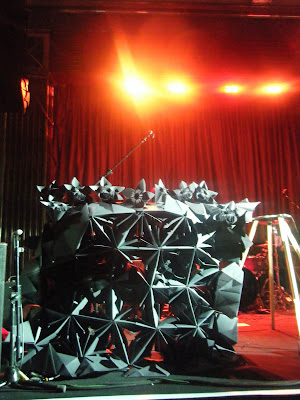 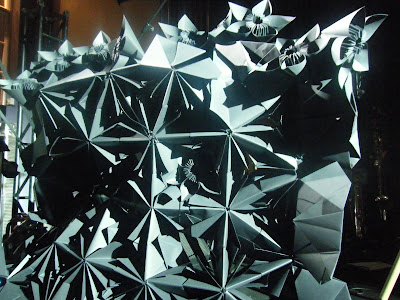 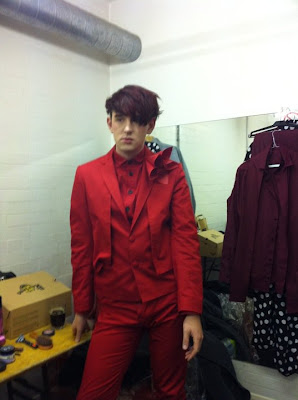 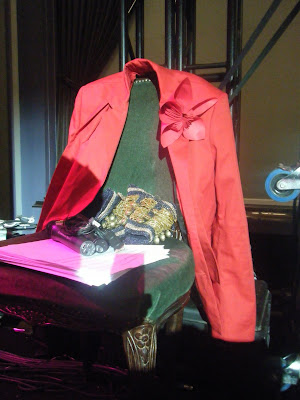 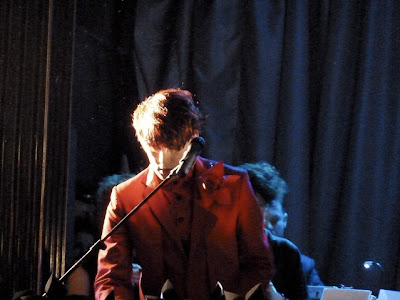 After visiting Patrick Wolf in rehearsal last week, he contacted me on Monday about making something to decorate his piano for his concert at London's Bloomsbury Ballroom the following day! I had a play around with some new origami techniques and along with helping hands from Rosy, Charlotte and Craig we managed to assemble enough parts to construct a cocoon to encase the keyboard. As usual I had no idea what it was going to look like and had fun piecing it together and seeing the structure take shape as we listened to the strings sound checking. I love this situation - its always the best seat in the house working on something for a musician at the last moment of preparation and hearing the final tuning. This is what its all about - job satisfaction from living out my teenage dreams............... I was once the cold fan waiting in an endless que outside a venue and now I'm lucky enough to be on the inside creating the vision........... thanks Patrick for asking me to add to your show! (We also just had time to whip up a little corsage to decorate the lapel of his bespoke William Richard Green jump-suit)

(All images of the soundcheck from my camera except Patrick in his dressing room shot by hair stylist Hari and Patrick at his keyboard from Flickr by Magnus D .......... here is one of Patrick's online journals shot by William Pollock who sent us this funny clip of Craig commenting on his Flip camera at the rehearsal)
Posted by fredbutlerstyle at 04:03