Friday 12th June: We are only humans 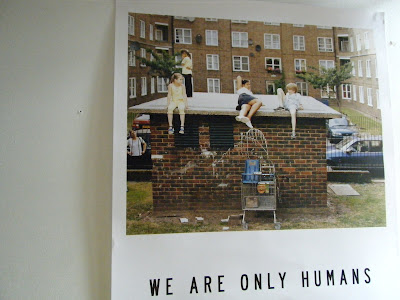 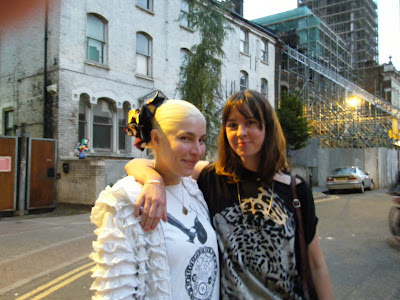 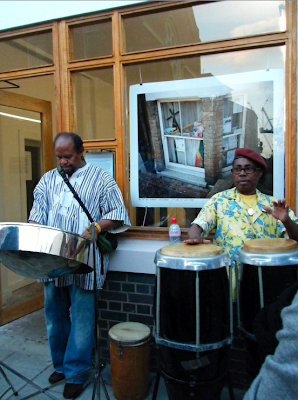 I headed back to Dalston (against the advice of that terrible Razorlight song) for Tara Darby's new exhbition "We Are Only Humans".  I lived and worked in Dalston in the early 00's and I can't believe how much its changed since that time due to the railway refurbishment.  Its under going a major face-lift and looks like the Dozer's building site from Fraggle rock with the criss cross of crane's in the skyline.
So luckily, the fast pace process and its inhabitants have been documented to capture this time in history and the evolving dermographic gear shift.  The gentrification from Bishopsgate is sweeping East like the locust plague and there is no going back.  But far be it from me to comment on this, I guess I have played my part.  (This blog is not a place to get political.........).
There is a mini upshot from the hole in the ground that has appeared on the high street.........its opened up the front of Tara's studio block so that the sunshine streams in the front windows.  The exhibition is in the downstairs gallery and it was a magic evening for all her friends, colleagues and subjects to congregate to celebrate the launch.  As always her images are beautiful and a great opportunity to see them in large print (with help from Touch Digital).  There is even a poster reproduced which I have put straight up in the studio..........
Congrats Tara, keep up the good work and finding time to maintain your personal projects and share them........
miniaturelove.blogspot.com//
Posted by fredbutlerstyle at 06:55