In the deluge of trite shit clogging up the charts at the moment I thought it was time to take a break from X Factor flu and find an antidote.  To combat the national obsession of elevating vapid victims and celebrating their vocals with homogenous pseudo Americana anthems..............Ive hooked up with some genuine homegrown talent..........London Town's "ManLikeMe".  If you haven't seen them live, you have missed a treat, especially the latest formation of a 7 piece band congregated for thier Camden Jazz Cafe concert tonight.  The energy and humour is infectious with front man Johnny Langer jumping around with his jumper over his head singing jocular observational paraphrases.  It was discovering this priceless poetry and the early videos by Simon Owens that got me hooked into the ManLikeMe vibe.  To highlight this recommendation high on my list, Ive focused my interview purely on Johnny's record collection........one of my favourite pastimes is digging the crates of charity shops so I thought it would be fun to delve into the depths of the discs of one of my favourite musicians........
Enjoy...............(and then check out the album here)........... 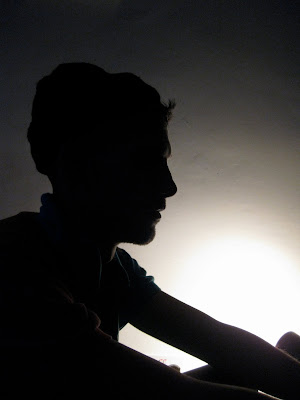 1)  What was your favourite song to put on at home when you were a kid to dance/jump/be silly to .............what was your dance style?
Fave song to dance around to when i was a kid was probably i get around by the beach boys and i kind of liked dancing the twist,probably influenced from watching old american films all the time. 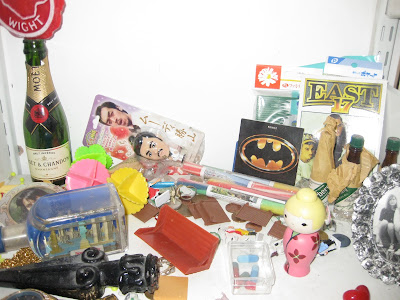 2)   Which was your fave TV:     Top of The Pops or The Chart Show?
EERRR top of the pops every day! It was a standard proceedure for the whole family to sit down on a thursday night and watch it...mainly because it was followed by eastenders 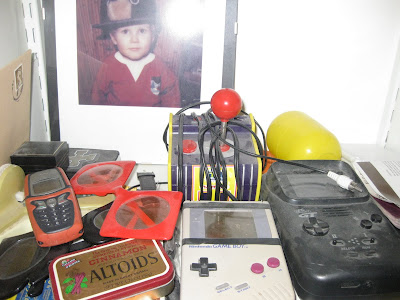 3)  What is the best record you've inherited?
I robbed my dads silver disc of one step beyond by madness which he was given in 1980 for 250000 record sales. It hangs proudly on my wall.
4)  Were you inspired by a particular record collection?
Probably my dads as that was what i had access to when i was growing up. My favorite was his motown selection. 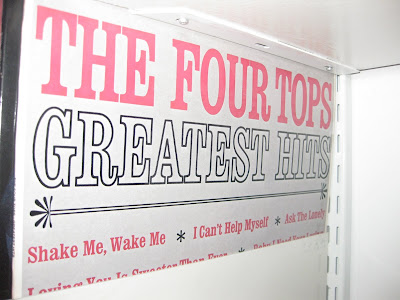 5)  Have you ever had record collection "envy"?  If so, why?
In my teens i used to dj with my mates maxipooh and pete and if they ever got hold of a banger i diddnt have i would be screwing! 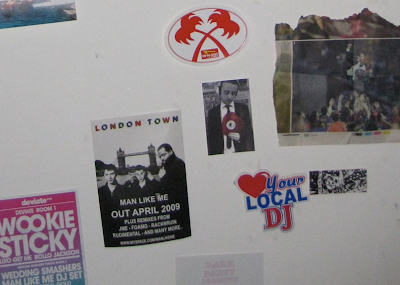 6)  Are you a 7" or 12" man?
12"! they are much more sturdy to dj with
7)  Aprox how big is your collection and how is it ordered?
not really sure how big it is? enough to fill a few shelves and there is definitely no order to it. some are at my parents, some at my studio and some at mates houses. 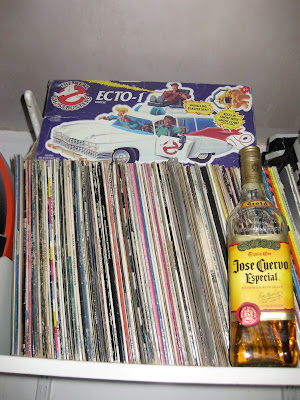 8)  Best discovery?
Recently i would say kid creole and the coconuts record my male curiosity
9)  Biggest waste of money?
Most of my drum and bass collection
10)  Aesthetics = which is your fave for artwork?
The roxy music covers arent bad
11)  Dream team:  if you could comprise an imaginary band / dream collaboration out of your records, what would the outfit be and how would they sound?  (can be dead musicians.........pure fantasy)
No allow a super group, id just have the funk brothers band and marvin gaye on vocals 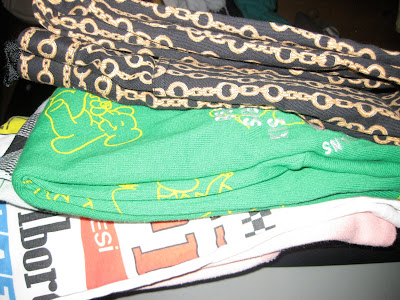 12)  Any fave coloured vinyl editions?  Whats the colour?
I quite like my rolling stones "miss you" pink colored vynil i got in new york.
13)  Which 5 would you take to a desert island?
the walker brothers - make it easy on yourself
Tricky - makes me wanna die
robert tepper - no easy way out
micachu - lone ranger
deafschool - what a way to end it all
the titles explain themselves really. 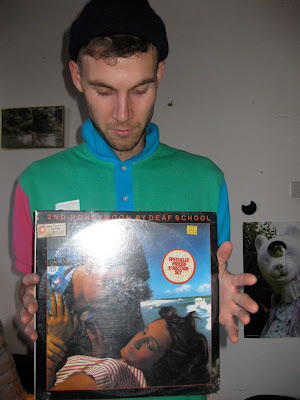 14)  If you had to kill attacking zombies, armed only with your records to Frisbee (think Sean of the Dead) which would be the first 5 to go?
Any records by Man Like Me
15)  What songs best describe each member of your band?
for pete i would choose steely dans peg as its straight but still quite groovy.
16)  You have covered Salt 'n' Pepper............what is your favourite condiment?
Chilli sauce each and every day.
17)  Most random place youv'e ever acquired a record?
That record shop in holloway which doubles up as that fat smelly italian blokes house. 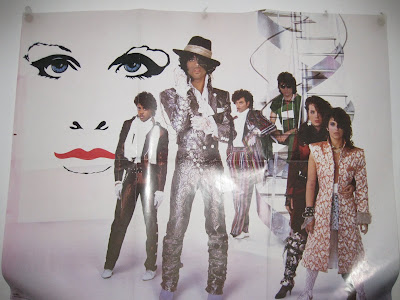 18)  Every hotel room has a Gideon Bible..............if you could enforce a standard issue record, which would it be?
love is in the air by john paul young. feeeeeeeeeeeeeeellllll goooooooooooooooood !!!!!!!
19)  Whats your trump card...........definite floor filler?
cheryl lynn - gotta be real
Posted by fredbutlerstyle at 01:44

For something freshingly different in terms of a TV show about music, look out for new to E4 series "Glee" which starts properly in January, but is getting a preview on 15 December at 9pm. I am obsessed, it's better than Ugly Betty. It's all about a high school choir, but they sing a great selection of current and vintage pop music. One of the choir (Kurt) has many excellent fashion-related one liners. I'm quite sure you would love it.