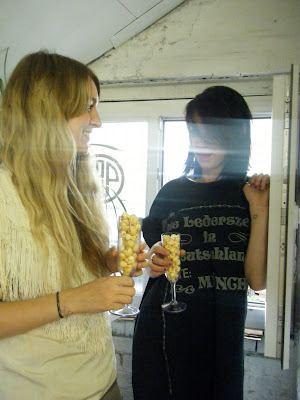 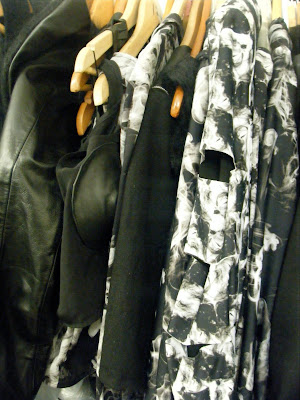 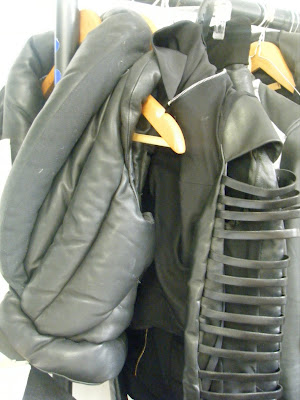 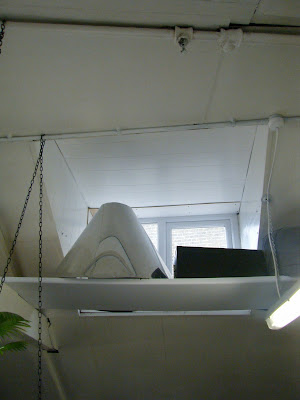 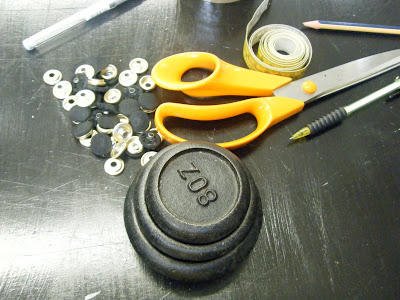 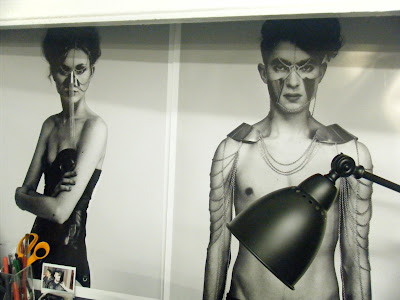 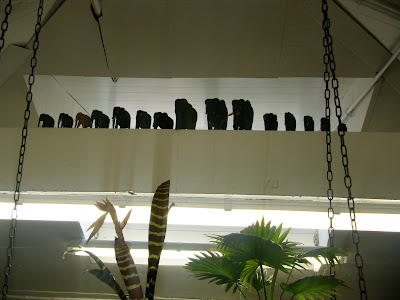 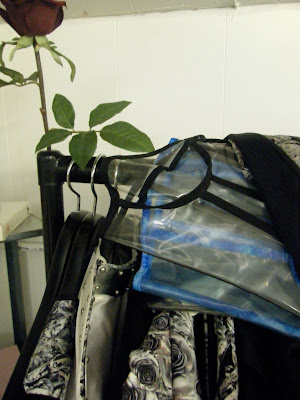 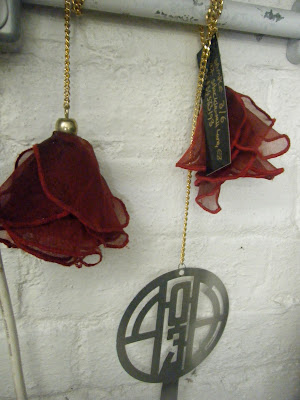 I first came to Dalston in 2001 when I was interning at Dazed & Confused. Fashion director Cathy Edwards took a call from Peter Jensen in desperate need of help at his studio so I jumped up and got on a bus to the uncharted territory of E8. Id never been before and little did I know how much time I would spend here in the future. Since I worked for Shona Heath in the same block during 2003/4, the lane has changed from a Fashion Factory District into a Fashion Designer's District. This week Hannah Marshall has moved in adding to......the current rosta comprising of Christopher Kane, Peter Jensen, Emma Cook, Shona Heath, Kim Howells, Mark Fast, Gemma Slack, Hermione De Paula, Craig Lawrence, Gary Card and apparently Marios Schwab is round the corner and Gareth Pugh at the junction?! Its fun guessing which work experience student works for who.........judging by their outfits mooching around at lunch time.......for example the guerrilla print t-shirt spotted yesterday was a dead giveaway!
I'm now back in the hood in my own studio with Craig which we found via Hermione De Paula who was the first to find our new space (another converted sewing factory!). Hermione has moved to a larger loft space which she shares with Gemma Slack who she met last season during Paris fashion week. Here are the girls enjoying a champagne flute of ......... popcorn...........fuelling creative juices working on their new collections for Spring / Summer. Its brilliant to locate some allies within the building for company and distraction in those crazy hours leading up to crunch time of fashion week........nocturnal sew fests........

(Top Five images of Gemma's garments, photographs, and giant metal skirt now residing in the beams, Bottom three images Hermione's shnickle shnackle including a metal key of her logo which incorporates the initials of her great great grandmother Agnes who she takes after in the family tree.........a creative force who lived till she was 104......)
Posted by fredbutlerstyle at 07:43