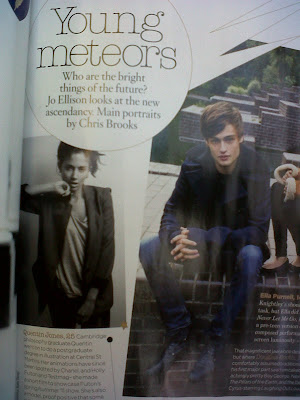 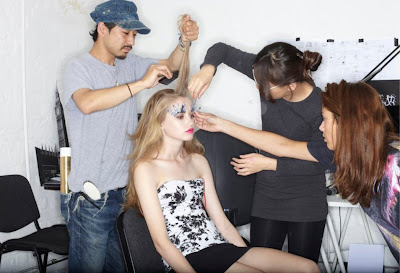 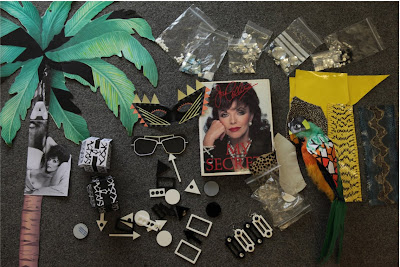 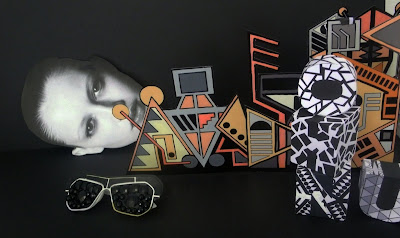 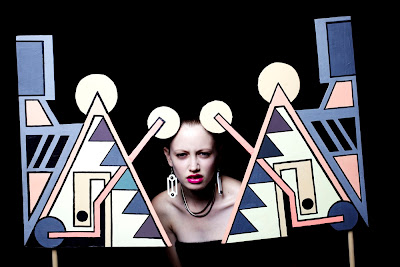 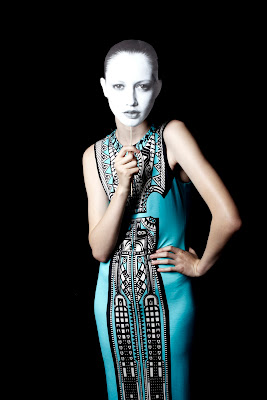 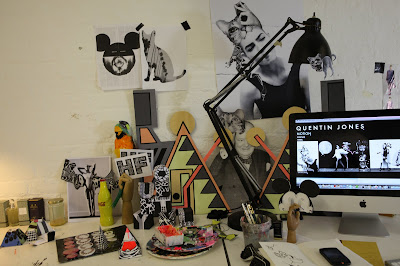 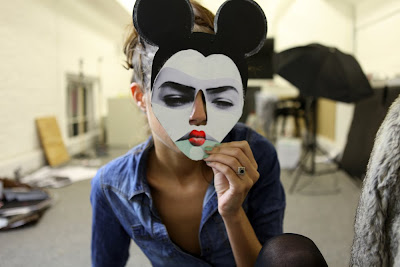 Here is my other post originally for FASHION 156 guest blogging the other week.........an interview with Quentin Jones who is now featured in the Dec issue of Vogue as a rising star...... get your telescope out and track the course of this comet.......

"BOF has just unveiled its Top Ten Fashion Films of the season and as fashion film is one of my favourite things, I wanted to investigate more.

I got in touch with Quentin Jones whose animated short for Test Mag ranked No.5 which captures Holly Fulton’s S/S 11 collection. I first heard about the collaboration through Peter Duffy who composed the soundtrack to match the alphabetized graphics. It’s so much fun and reminds me of the Sesame Street Pinball animation which is brilliantly refreshing against the dark intense genre of fashion film at the moment. I’m always bowled over by intricate stop frame works like this, I can’t imagine how long it must take to put it all together! "

FB: Can you tell us a little bit about your background?

QJ: I graduated last year from St Martins with an MA in illustration, and since have been working with loads lovely brands/people. Patrick Grant gave me my first chance with fashion film this time last year, doing the E.Tautz S/S 2010 film. He was another cool client who let me run with my imagination. From there I got to do films for Showstudio, Another magazine, Penhaligons... - I also am still a model, which helps me meet interesting people.

QJ: -Jaime Perlman approached me to work on the project- I think she thought mine and Holly's aesthetics would work well together. Going to Holly's studio was the main inspiration- seeing her amazing prints and chatting with her about Joan Collins, and 'bad taste'. She was totally open to how I wanted to interpret her stuff.

FB: What else you have got going on at the moment …………future work?

QJ: Annoyingly I am not allowed to say which film I am working on now. But it is mega exciting, and a DREAM for me as I love the brand.......... which sounds totally made up/ I'm a wanker, right?

HOLLY FULTON for TEST MAG from quentinjones on Vimeo.

IMAGES: Quentin in Vogue, Quentin’s studio, and one of her behind a mask and a couple of the stills before they were retouched for the film.
Posted by fredbutlerstyle at 02:32