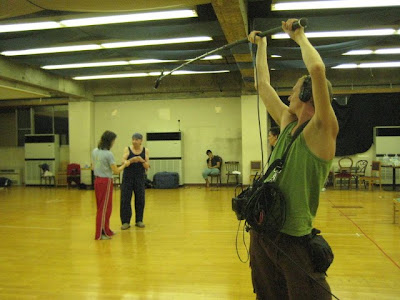 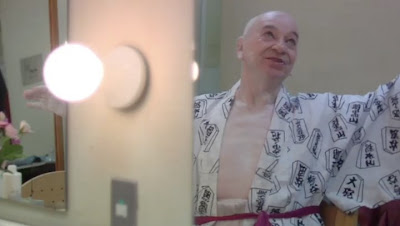 The LEGEND that is Lindsay Kemp is a world famous theatre performer and mime artist who helped establish, educate and later collaborate with Kate Bush and David Bowie. He is also known for his roles in Ken Russell and Derek Jarman films aswell as "The Wicker Man". But for the past thirty years Lindsay has produced some of the world's most influential and notorious theatre performances: era-defining visual spectaculars which have influenced everyone from Vivienne Westwood to The Crown Empress Dowager of Japan.
For the last 3 years, film maker Nendie Pinto-Duschinsky has been making a documentary about Lindsay, gifted with extraordinary access to this often reclusive genius, and is now looking to raise support towards the completion of the film. To find out more about this crucial documentation of Kemp's current life and work I contacted Nendie for some background insight. (See bottom of the interview to find out how you can get involved offering contributions to fund the film)


FB: How did you first meet Lindsay?

NPD: I first met Lindsay when I was ushering at the Oxford Playhouse when I was 15. He was performing a very gothic version of Cinderella- I remember there was a gigantic spider projection the size of the stage that suddenly sprang into view and made me literally jump. Lindsay is so charismatic onstage (and off) you can't take your eyes off him and he has this sculptural bald white head and piercing blue eyes. I made friends with members of the cast Tom Ward and Ernesto Tomasini as a fan. After that, I kept in touch with members of the company and worked with Tom on a workshop that I did in my teaching. Tom was really instrumental in setting up the film with Lindsay. 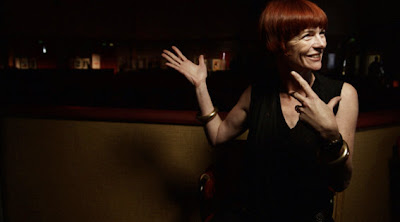 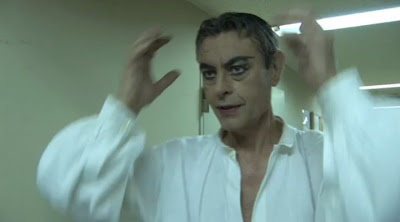 FB: Was it your or Lindsay's idea to make the film? What is your main objective with the direction of this feature ie. what aspect of Lindsay and his work are you concentrating on?

NPD: It was my idea to make the film (with a lot of encouragement and support from family and friends). When Lindsay turned 70, I felt like I couldn't understand why there was no proper record being made of his work now. He is one of the greatest living British artists and yet we don't produce his work in the UK at the moment. In Italy and Japan, worldwide infact he is so famous that I couldn't understand this although I think in retrospect it's because British theatre has moved away from very spectacular pieces and prefers work more based around "social issues". We have a habit in the UK of pushing away some of our very greatest talents.

The main objective of the film is to follow Lindsay's work now- as he brings the story of Queen Elizabeth 1st to Japan in "Elizabeth's Last Dance" and also to give some insight into his working method and the extraordinary relationship with David Haughton, his collaborator, that keeps the company together. It is also a film about genius in advanced years because in Lindsay's case, as he has become older, he is producing absolute masterpieces. Elizabeth's Last Dance is about Queen Elizabeth trying to stave off her own mortality. It reminds me of how Shakespeare wrote The Tempest (my fave play!) very late in his career- genius and age produce extraordinarily free and magical work.

I hope to screen the film on the BBC and across the world as Lindsay's work will absolutely blow people away if they do not know it.

In terms of Lindsay's work, I am concentrating on how he creates his productions- every aspect of his creative process and how the relationships between the company members unfold. His company is made up of ex-lovers, dancers, opera singers, performers who are world famous in their own right - so the way the relationships play out is fascinating. To be honest, Lindsay's life onstage and offstage is seamless, he lives in an astonishing kind of bubble where all energy, passion and day-to-day life is focused on his work. When you step into his world, you want to spend more and more time with him although that doesn't mean he is an 'easy going' person. He demands a lot of those around him. 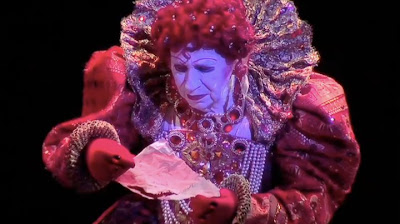 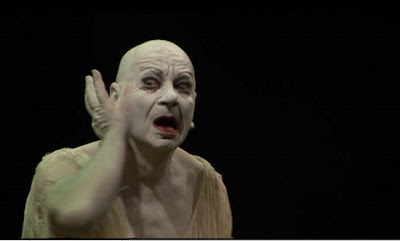 FB: You have been granted exclusive access to his archive. What is the most exciting thing that you have discovered and why?

NPD: I haven't looked through it yet because it needs so much work as it comes in all different tape formats- some of which will need restoration. I have seen some of Lindsay's home videos from the 70s though with his mother, who has a very strong Geordie accent and was obviously a formidable Lady who sometimes dressed him as a girl. There is also a super-rare copy of "Flowers", a production based on Jean Genet. I have never seen the production- only photos- and so this will be pretty powerful. There is also footage of Lindsay and David Bowie, Lindsay and Kate Bush but the main thing that interests me is seeing past productions on film. Seeing a new piece of work is like opening a different side of Lindsay's world- totally spellbinding- and I only hope I will be able to help preserve these performances. 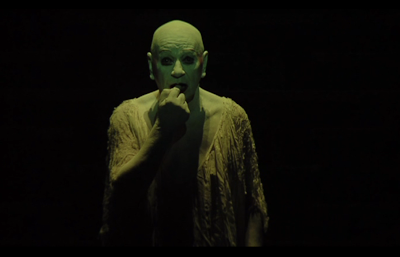 FB: You have spent 3 years following Lindsay's company from the UK to Italy to Japan. What is it in the culture of Japan that has embraced Lindsay's work? What was the most inspiring insight or incident that happened to you whilst in Japan?

NPD: The Japanese love Lindsay Kemp- he is recognised in the street there and he sold out for 2 weeks, houses of 800 seats in the theatre. Lindsay's work is very influenced by Kabuki, Butoh (a kind of Japanese protest dance) and the Japanese audience respond to the high atmosphere and visual content of the work. A good example of Lindsay's Japanese influence is the way he uses his hands. In western theatre we don't really train with the hands in detail but in Japan the slightest movement of the hands or knees has great significance. Lindsay trained at Ballet Rambert, with Marcel Marceau and with the Kabuki, so he really brings in these elements of Japanese movement but in his own way.

One night in Japan, the Crown Empress Dowager came backstage to see Lindsay with- I'm not kidding- 19 security guards. She was incredibly elegant and spoke perfect English I was amazed. It was also very exciting each night as famous Japanese performers would come backstage to meet Lindsay and often cry- it meant so much to them. Lindsay pushed the performance on each night onstage, improvising, adding and taking away little bits. It was fascinating to see how the work was developing over the two weeks and seeing a work about such an English subject matter, Queen Elizabeth 1st in such a foreign setting added to this real sense of poignancy. 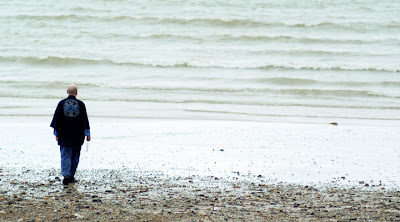 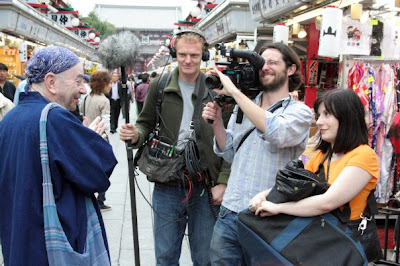 FB: Having become friends with a man from such a disparate time and place to your own life experience - what common ground has brought you together and compounded the connection?

NPD: Lindsay is so creative and so intellectual that you can connect with him directly through his work. I thought before I started that perhaps because he was in his seventies and a gay man it would be an odd relationship. But it is always about the work- it's like an understanding of the world through his eyes and you step into it. I have never met anyone who is so open and trusting- I feel a huge responsibility to capture what he is doing faithfully for the audience. I took my Mum to meet Lindsay in Italy, as she was a dancer and choreographer and is the same age as Lindsay. As they were talking about Marie Rambert, Jose Limon, Nureyev and others I felt it was one of my favourite moments ever. I remember overhearing Lindsay on the soundkit saying to a friend that I had been a fan of his work virtually from the womb. I trained as an artist at Chelsea College of Art but the work I see in the art world is so unimaginative compared to Lindsay, his work is uninhibited and visually-psychological. 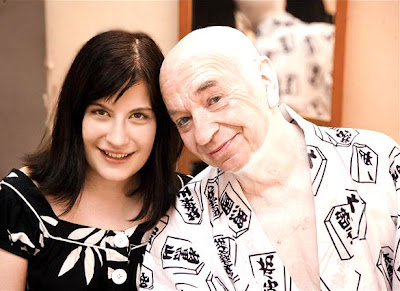 Nendie is offering a whole range of rare Lindsay Kemp goodies including VIP tickets to the premiere and one-off signed photographs of Lindsay in exchange for donations, please contact her at n.pintoduschinsky@googlemail.com or on Facebook if you are interested in supporting the project.
Posted by fredbutlerstyle at 11:08