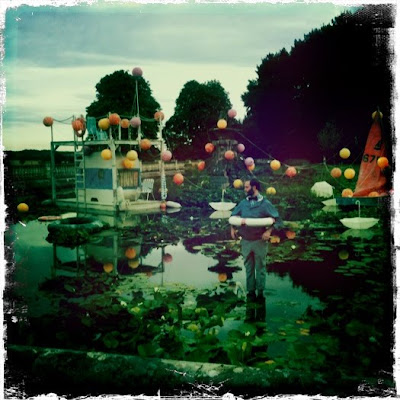 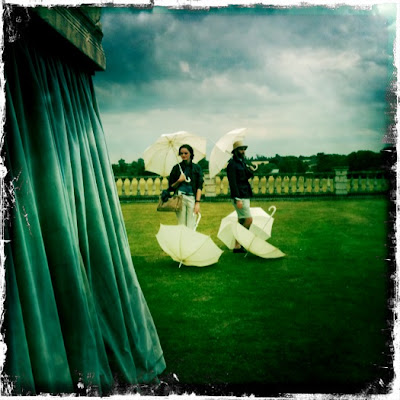 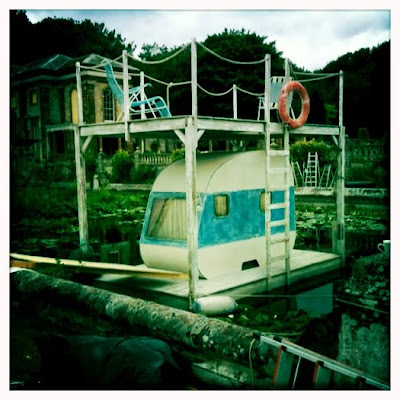 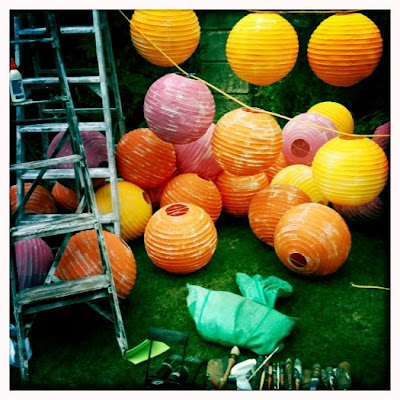 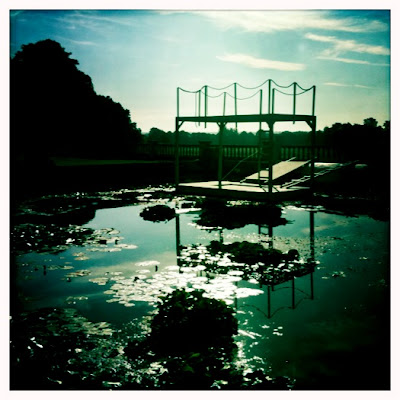 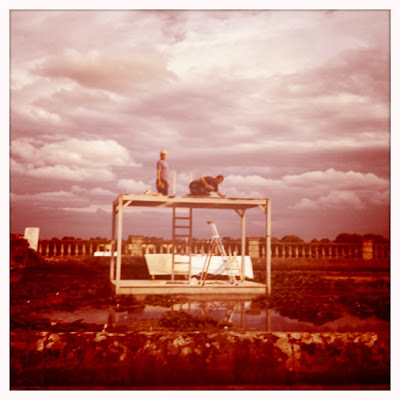 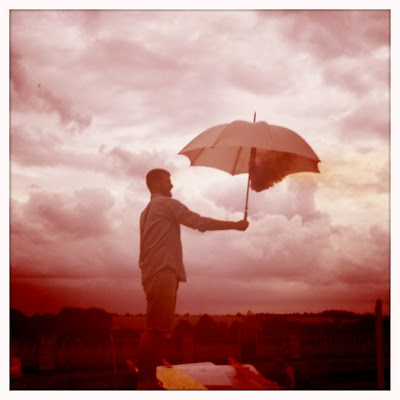 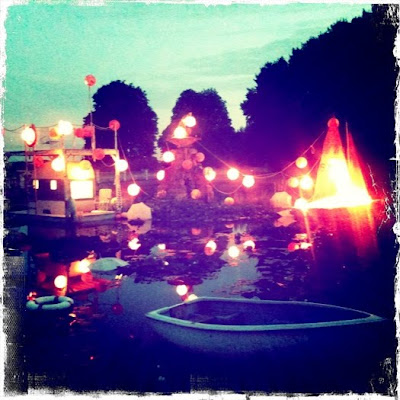 Here is the third season combined team of Tim Walker shooting male muse Andy Macgregor with art direction by Hillman Studio for Henry Cotton's. It was the final job for the crew last summer which set an end of school term air of anticipation and fun to the adventure. These dreamy hazy shots of Andy and Lisa Cant were taken by Alex Cunningham whilst working on putting together the pastel lampshades and "Swallows and Amazons" style sailing boat. In the penultimate shot is Andy Hillman himself testing out one of the umbrellas ....... you can head over to the Henry Cotton's site to watch a behind-the-scenes video showing the set builders submerging into the pond to plant the floating decking and caravan........... and lots of footage of Tim's dog having a riot running around the grounds of the stately home location.

See the whole shoot here.
Posted by fredbutlerstyle at 02:37