Monday 11th July: Behind The Scenes On Set of "Yellow" by Cocknbullkid - Directed by Daniel Brereton 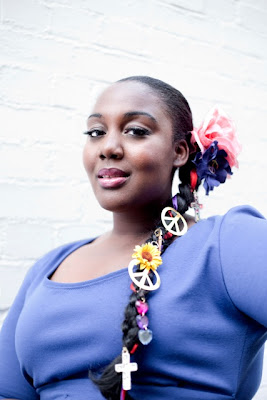 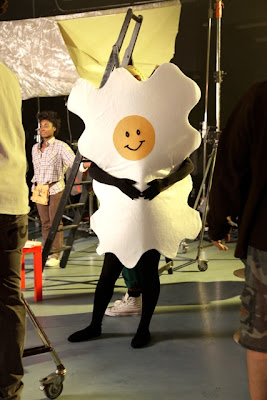 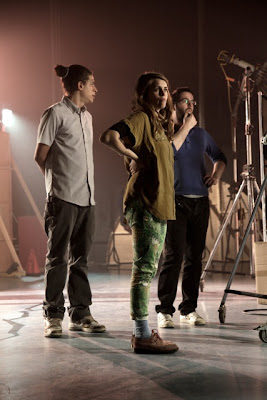 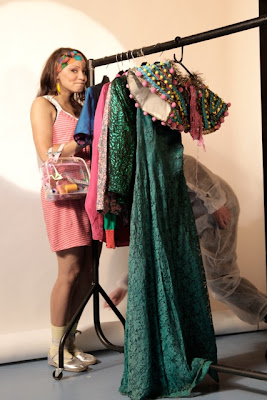 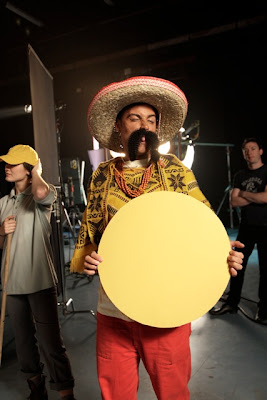 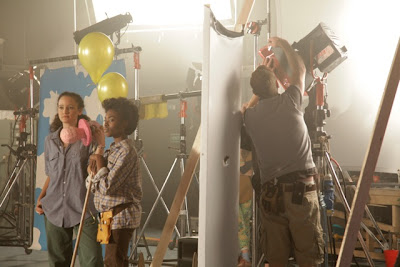 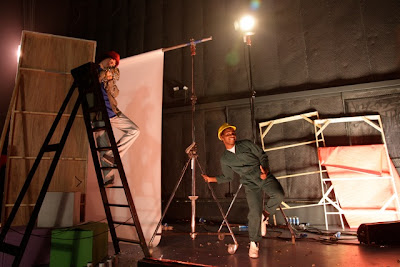 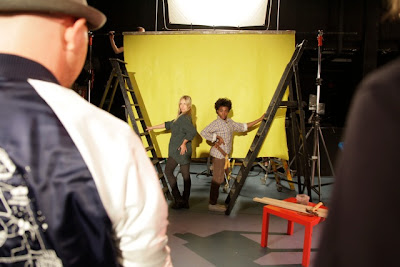 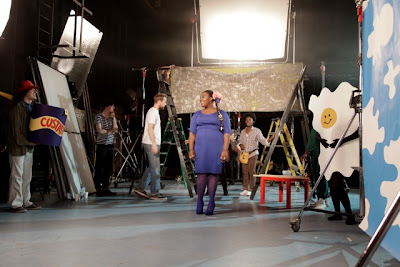 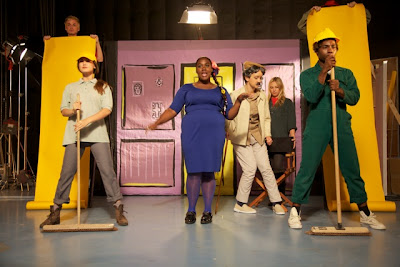 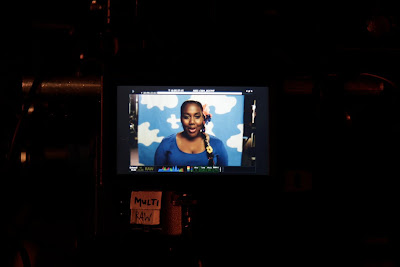 From one director of a Metronomy video to another - Daniel Brereton (represented by Partizan) who I blogged about in 2007 when he filmed their early releases including the cosmic "Radio Ladio". This promo featured bright colours and props which is the signature style of this multi media artist working in both 2D illustration, 3D sculpture and directing. His latest pop venture is for Cocknbullkid's new release "Yellow" which uses splendid costumes specially made by Cesca Dvorak who you can see here in the green trousers. The two worked together to bring to life the storyboard of different characters in this choreographed clip for Anita's 4th single from her debut album.

See more of Daniels videos for Metronomy, Late of The Pier and Golden Silvers etc. here and his other projects at his blog. Head over to his Vimeo to watch the fantastic Connan Mockasin collaboration with Cesca on more colour-centric costumes.