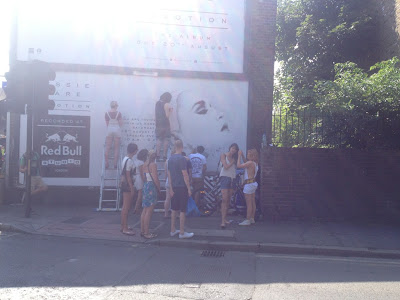 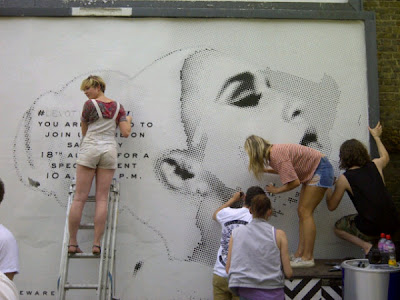 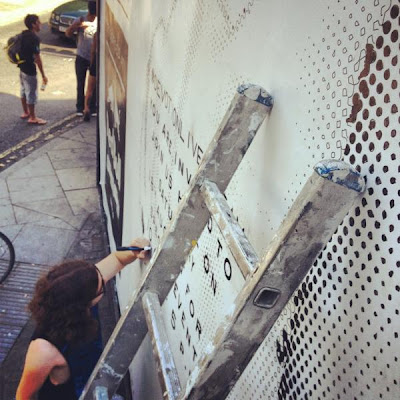 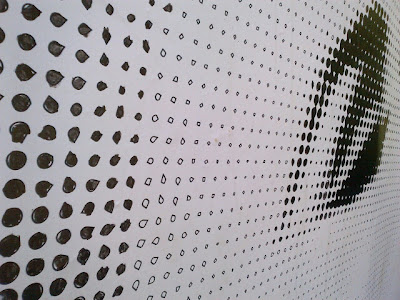 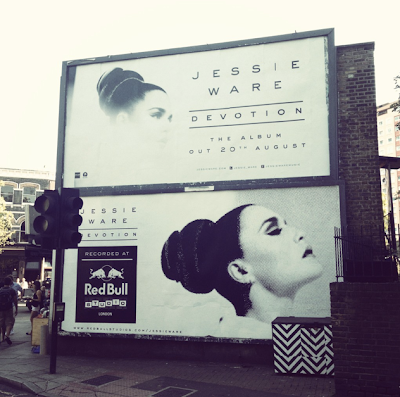 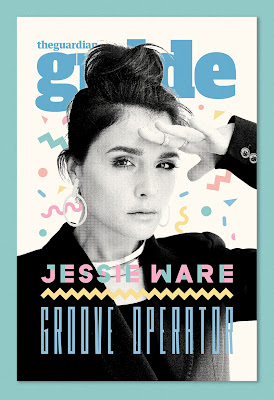 Exactly a year since Jessie Ware's name was billed on the posters for Red Bull's Major Lazer soundsystem at Carnival, she is releasing her debut album recorded at their studios............ and the billboards now emblazoned with her own artwork directed by Kate Moross........... including a very special one, hand-painted on Saturday under the blazing summer sun.  Studio Moross have undertaken an amazing multi-platform promo campaign and shot a trailer to preview the tracks and also show a little insight into the producers Jessie has collaborated with (below) ........ in addition to the three official videos for each single released to date.  Whilst they were up a ladder at Broadway Market painting the mural, the East End residents were in the cafes below, reading the Saturday papers - one of which being this Guardian Guide with Kate's trademark graphic treatment on the cover for a feature about the album.  All in all, its hard to miss a slice of the soul diva's solo launch whether it be stonking live reviews in the music magazines or social media support from her peers and friends in the industry.  The day has finally come to get your hands and ears on a copy of Devotion which Jessie will be performing in a live stream this evening over on the Red Bull Studios site at 7pm.......... tune in here.
(Photos of the Landsdowne live painting sourced from the members of Studio Moross separate Twitter)