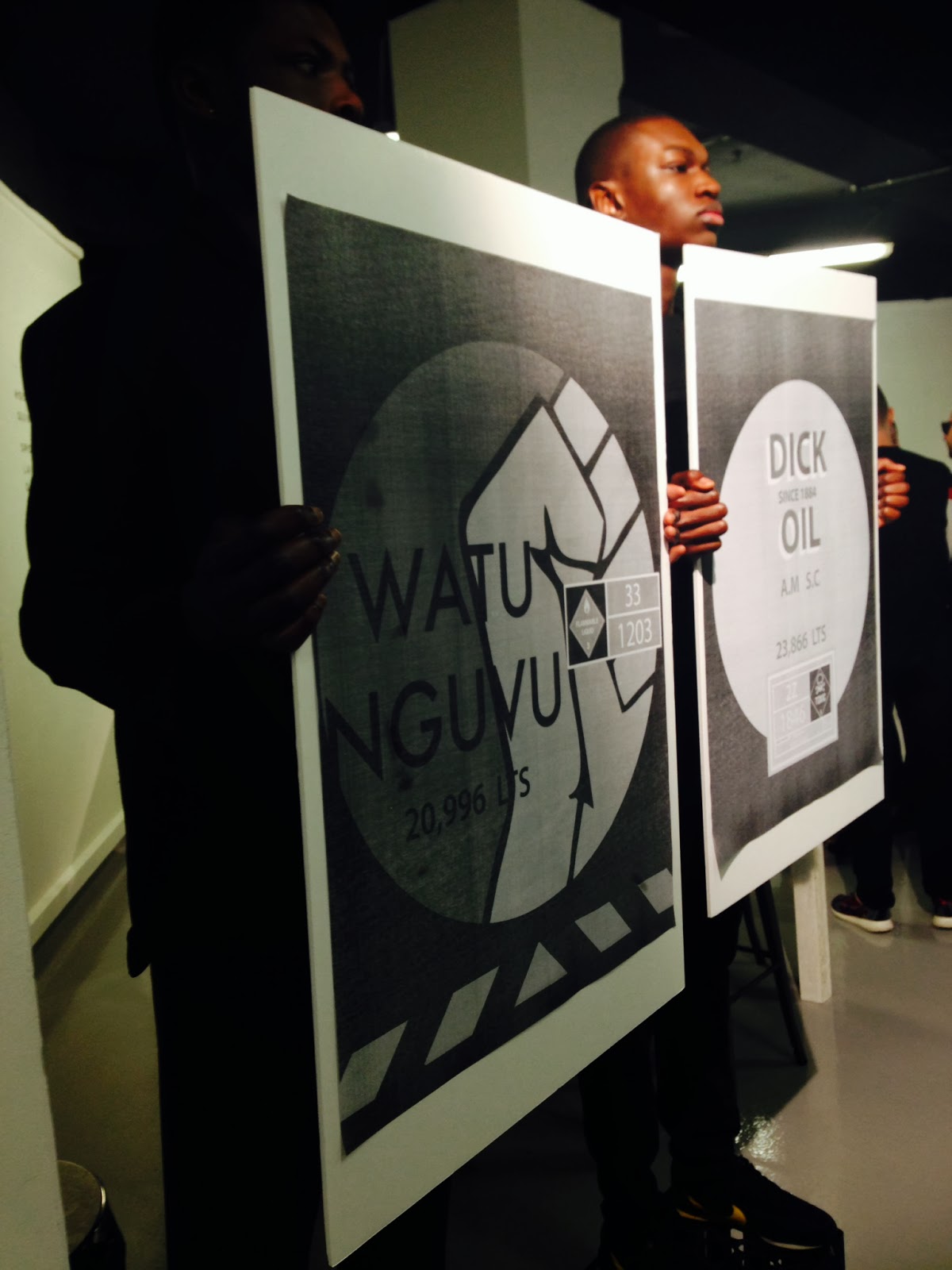 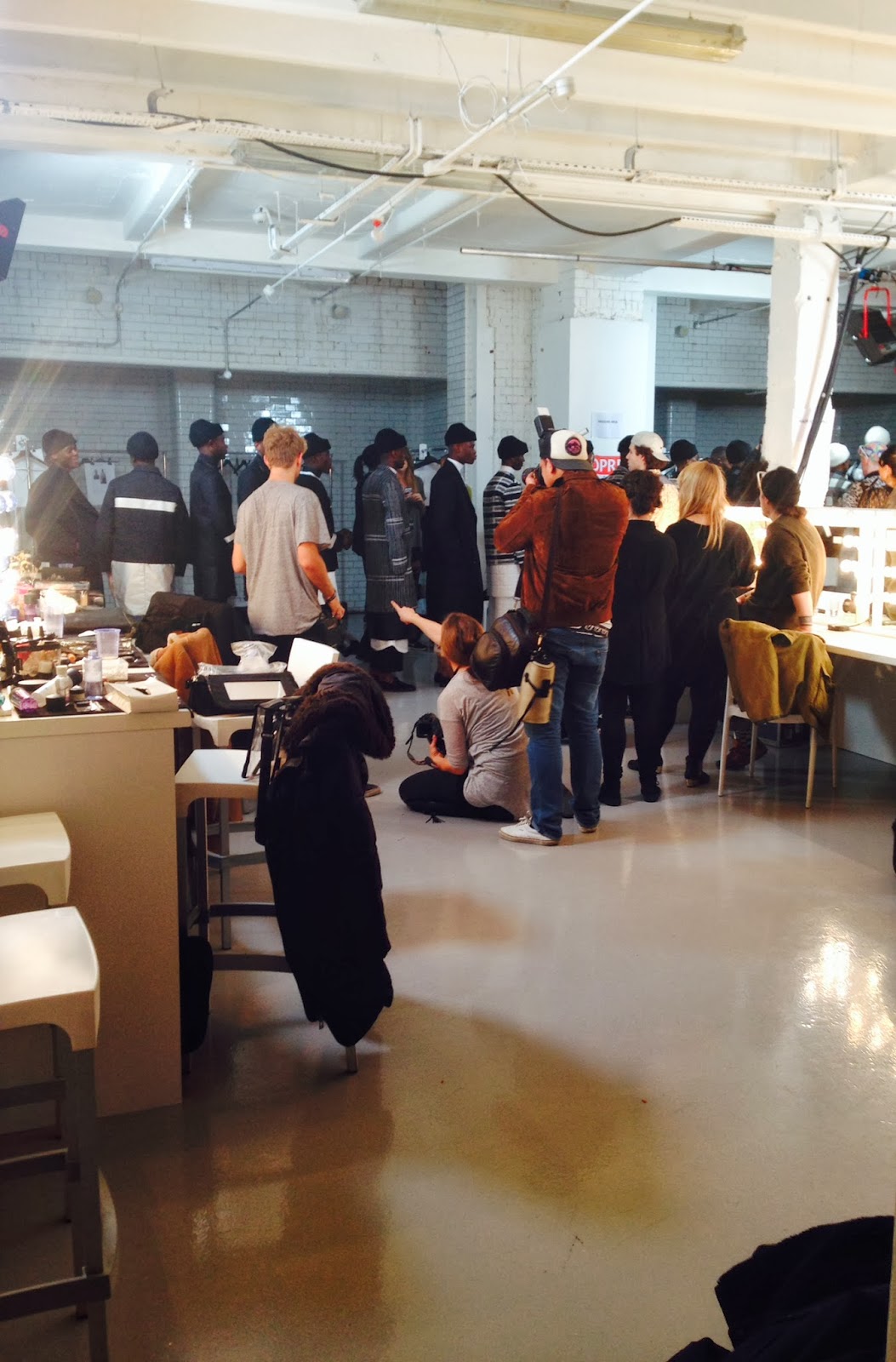 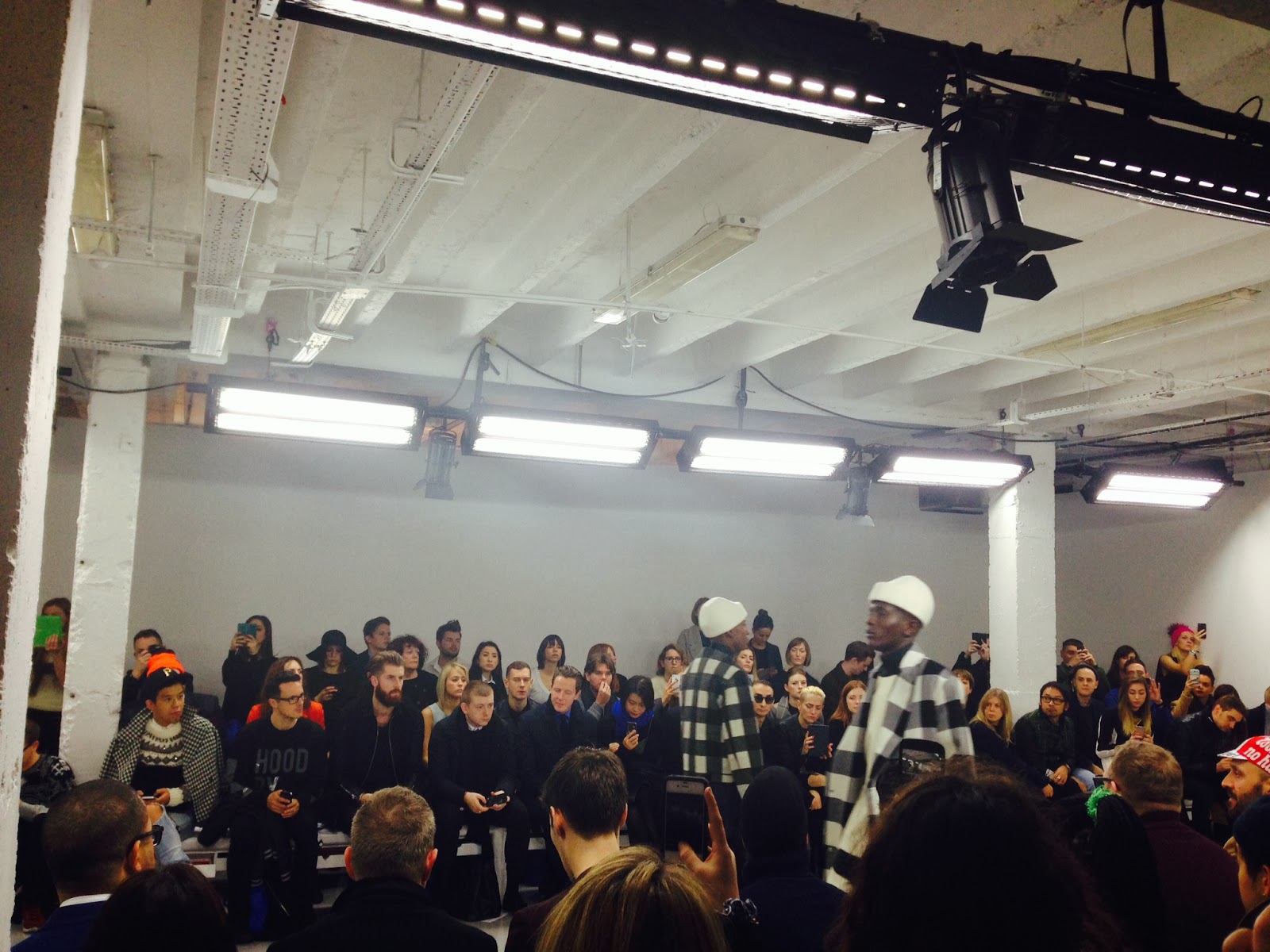 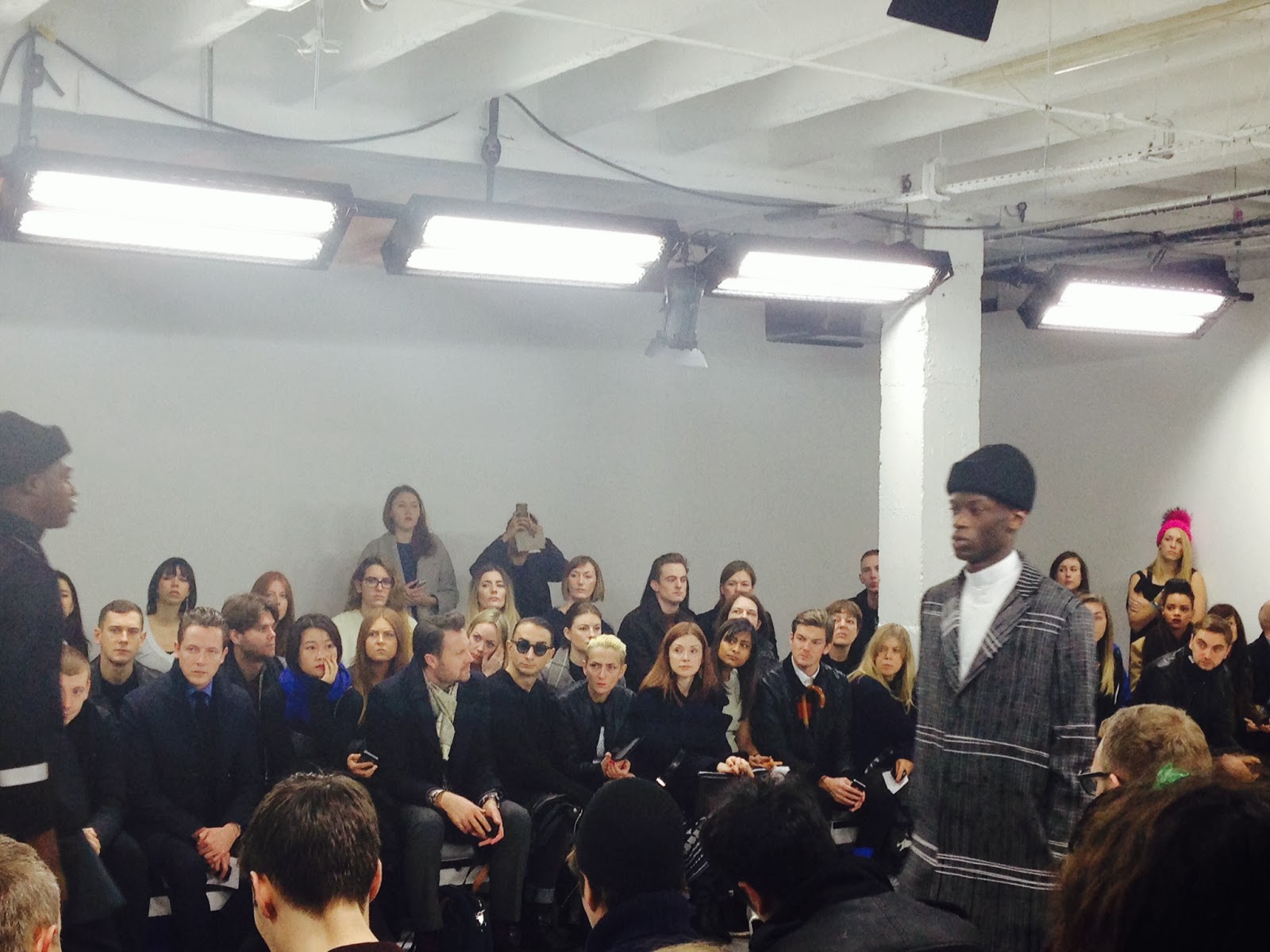 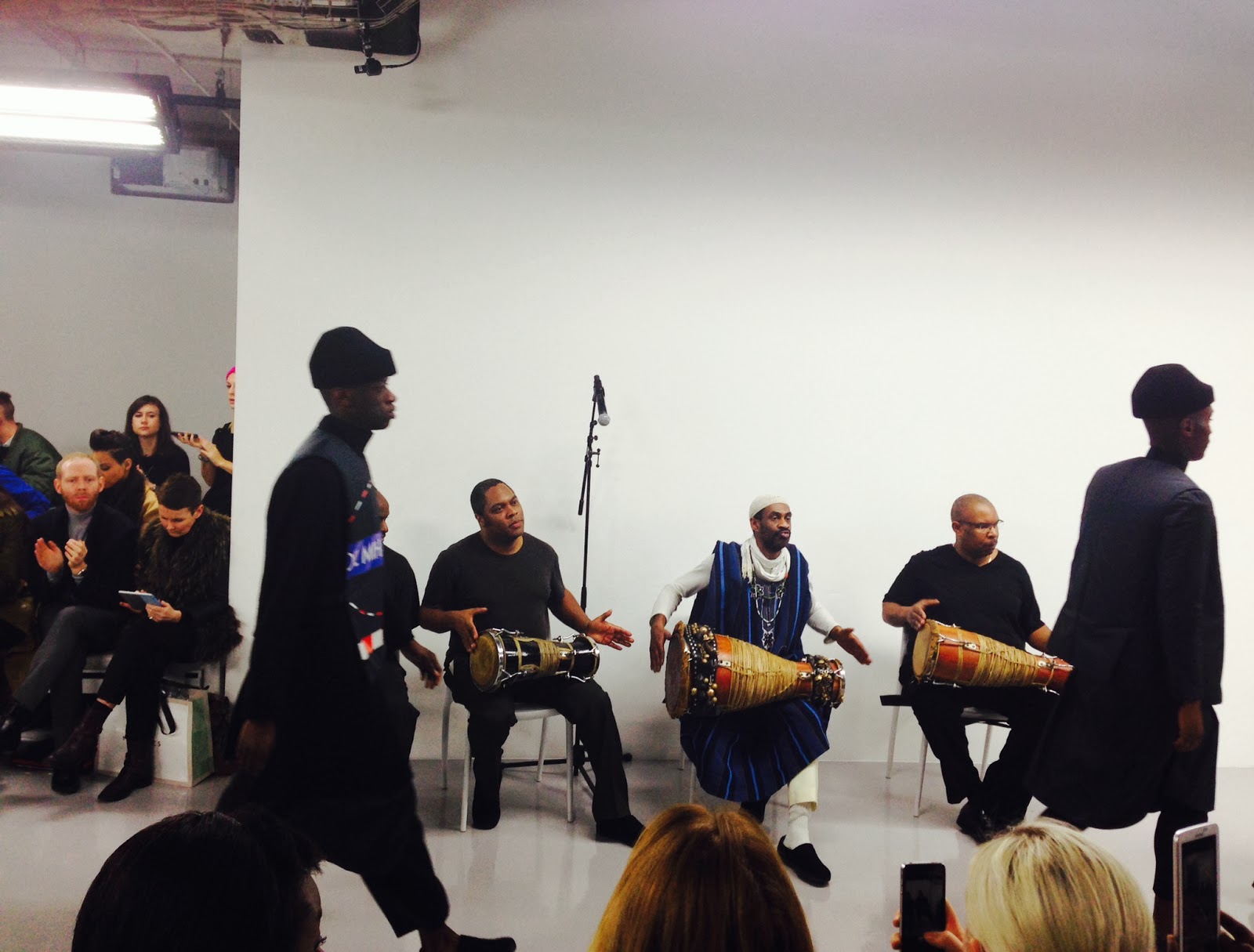 There is no denying that as Agi and Sam closed their AW14 show today by walking the length of the catwalk, they looked positively knackered. They looked so exhausted I was surprised they made it all the way down without keeling over. Bleary eyed under the clinical lighting of the stark showspace- a combination of last minute tweaks and a ridiculously early call time probably allowed for little, if any, chance for kip. However, despite the vacant stares of sleep-deprived pair, they were beaming- huge smiles from both of them, big toothy grins of genuine delight.

It’s these two telling signs that signify just what a year 2013 was for the duo - busy as hell, but crazy good. Flying the Fashion East nest, producing a sell out range for Liberty, and a collaboration with Topman, all whilst designing their own collection- the boys could probably retire now and still have a list of achievements as long as an arm. Both of their arms even. All four of them. And judging by today’s success, the pair could do with growing a few more upper limbs, ‘cause 2014 is set to be even busier.

Being predominantly a print based label, the pressure is always on for illustrator Sam Cotton, but AW14 delivered.  A monochromatic culture clash saw pieces in thick tablecloth checks and Masai stripes, with the occasional bright thrown in, in the form of box shirts advertising ‘Dick Oil’, adhering to the brands reputation for subtle added humor.

Sam’s intelligent, informed and witty prints adorned Agi Mdumulla’s flawless cuts. This season was no different to any other in that the construction was second to none, the kind of cuts to make your brow furrow because your brain can’t process just how slick they are; oversized, tailored, a-symmetric, sportswear- the skillset demonstrated was vast, and yet the quality never suffered, each new style was as impressive as the last.

Casting and styling was done equally as effectively. Beautiful boys with strong features, all wide eyed and full lipped, wearing angular mound felt hats provided by YashkaThor and Ugg loafers. The complete looks were that of a ready to wear collection that the modern man is so very ready to wear. A shining example of the thinking mans fashion for a cities youth, Agi and Sam succeeded in creating sophisticated and sharp, without compromising that element of playfulness they have come to be synonymous with.

Words and Images by Amy Lee
Posted by fredbutlerstyle at 08:21