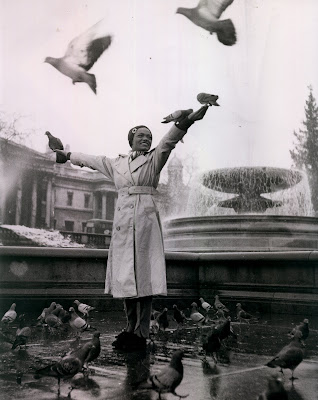 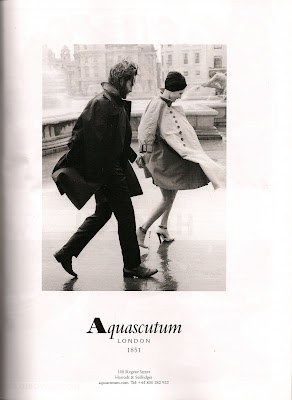 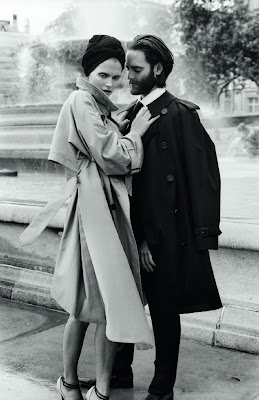 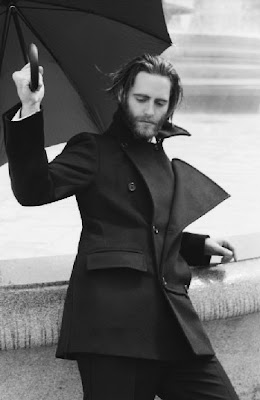 It has finally hit the pages of the periodicals which is so, so exciting! For regular readers, you will already know that my studio mate Andy has been moonlighting as the face for the A/W 2009 Aquascutum campaign with Malgosia Bela. The story was shot by Tim Walker who has been a patron of Andy's innate charm since putting him infront of the lens whilst actually assisting on a set a few year's ago. This discovery has given a third arm to Andy's existing burgeoning career as an illustrator and set designer. Andy is the most talented draftsmen I know and it turns out that he also has a natural aptitude for creating stunning imagery as the subject himself.
The concept for the shoot came from Aquascutum's archive images of Eartha Kitt in the fountains at Trafalgar Square from 1955. I never knew about that, how incredible!?
I love this return to form for the institution by playing on the heritage of its quirky intrinsic British identity . Why run a mile away from the genius that is at your very own doorstep? So many of this season's glossy adverts have turned into one long forgetful flick through pages with no definitive identifiable stamp. However this carefree, breath of fresh air is an intelligently understated look that jumps out at you with a bold self-assured stance on understanding their own brand. Bring it on! Respect to menswear designer Graeme Fidler and Edward Enninful for casting Mr. Macgregor!
Thanks to the lovely team at Aquascutum for sending over these images. You can tell that the company is comprised of good eggs as it is one of the only few remaining brands that manufactures in the UK. In supporting and actively patronising the British Textile industry, Aquascutum produce the majority of their wares in Corby, Northamptonshire. Win win all round! 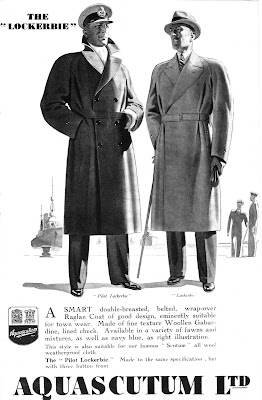 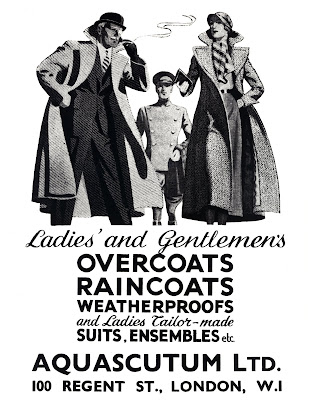 Eartha Kitt was so fab. She was definitely the best Catwoman.