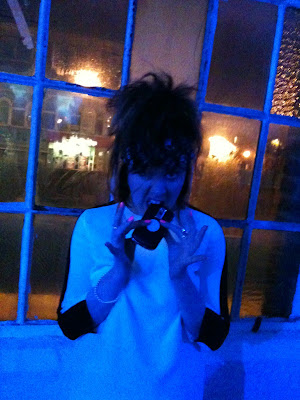 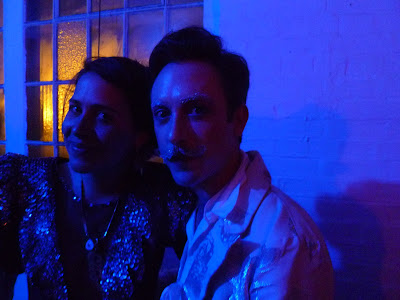 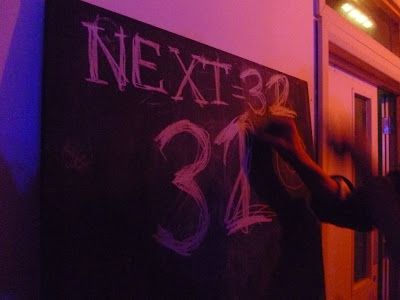 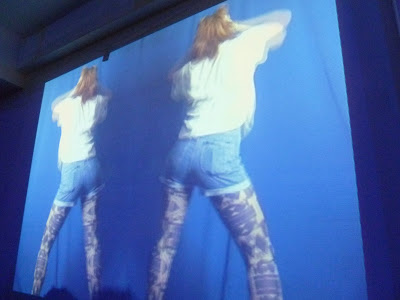 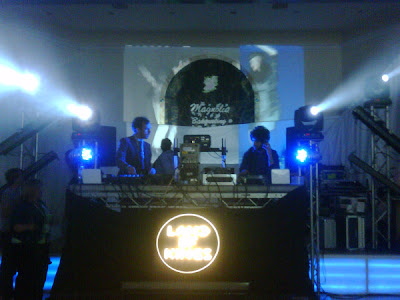 I kick started the bank holiday weekend with a gorgeous dinner at Josephine Chime's Sit Down Affair on Kingsland Road and then joined the Dalston festival "Land Of Kings" for a dance around Dalston. The two day event opens up venues around the district for special interactive art and music sessions. The Arcola Theatre opened up its new space to a scheme headed by music video director Saam Farahmand and his video portrait project. On Thursday night he set up the filming booth to record each person at the party dancing to a tune of thier choice. All of these tracks would then be collated and handed over to 2manydj's who would then play the same venue the following night, mixing this set-list governed by The Land Of Kings revellers. To accompany the audio, Saam's portraits would be projected above the dj duo. Here is a snap of Grace from Patternity in her own clip which was showing on Thursday night as an indication of how the final result would look after your very own intimate experience in front of the lens. I selected "Groove Is In The Heart" by Dee Lite for my track and waited for my number to be called and head into the blue box to dance my little heart out. As I am strangely shy character I think I spent the majority of the time with my back to the camera so Ive got no idea how it turned out!!!! Here is Nova Dando who was dj'ing the night and helping out her freind Saam orchestrate this complex system......... you can see the soundcheck from her own snap here. Saam is one of London's most in demand directors having worked with Nova on various videos for The Klaxons, Mark Ronson, Hercules & Love Affair and Simian Mobile Disco. He has a particularly long lasting relationship with Soulwax having followed them on tour to create the official fly on the wall documentary "Part of the Weekend Never Dies" which captured 120 live shows. Saam teamed up with Absolut Vodko in order to bring the latest installment to The "Land Of Kings" festival to record a snapshot of the current Dalston scene and its escalating hybrid night life............

(photos: Nova by Nova, David Bradley and freind, the number board, Grace Patternity video portrait, Saam and Soulwax soundcheck by Nova)
Posted by fredbutlerstyle at 08:30