Wednesday 6th June: "Somewhere in Between" at The Wellcome Collection 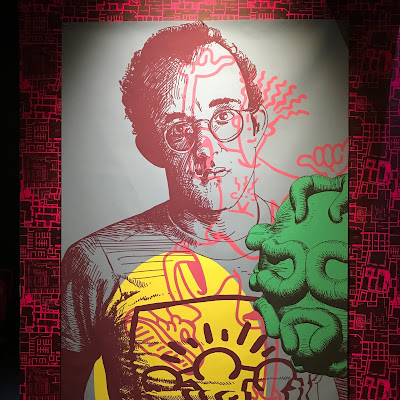 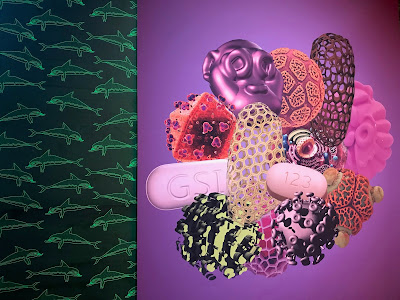 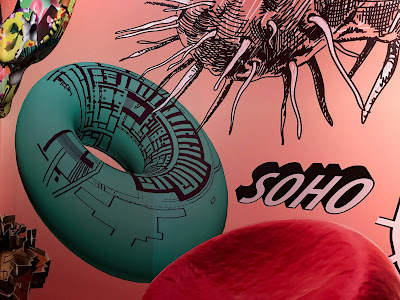 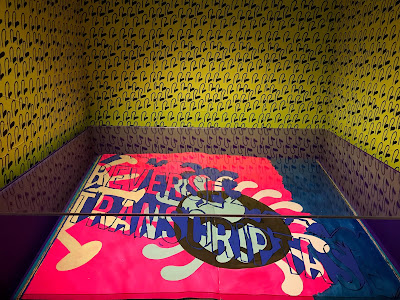 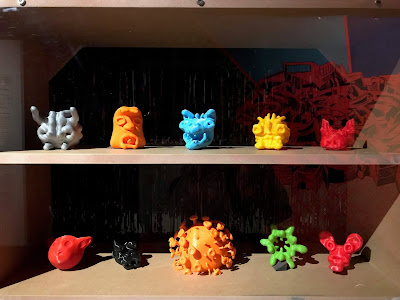 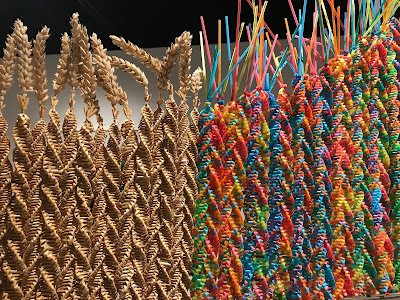 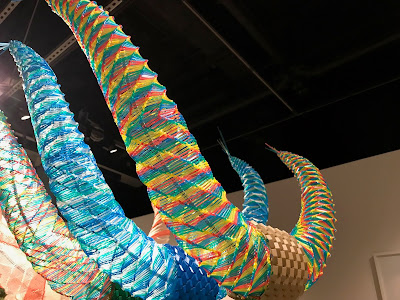 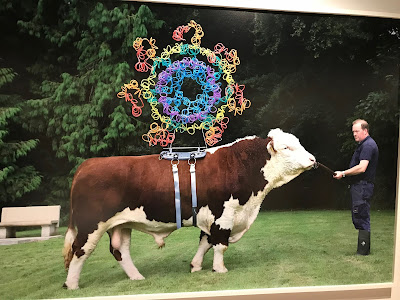 Here are my snaps from my two favourite installations in the new group show at The Wellcome Collection "Somewhere in Between".  Four artists have been commissioned to collaborate with scientists to create work as commentary on current affairs and contentious issues within medicine.

The top set of shots are from the labyrinth of psychedelic patterned rooms titled ‘Alien Sex Club’ by artist John Walter.  The aesthetic is purposefully constructed to mimic the interiors of gay bars and clubs in his "Cruise Maze" with even purpose-built closets and peep-holes.  He researched the project as a PhD within a faculty of architecture to investigate all of the spatial properties of London’s saunas, sex clubs and cruising spots. The patterns within the wallpaper prints derive from imagery associated with the infectious disease HIV to explore its evolution from being incurable and terminal to a treatable condition.  In combining all this intense and saturated symbolism his aim is to bombarded visitors with this visceral visual impression that they are forced to contemplate the topic.  On the surface it's a day-glo fun-house but beneath the surface sheen is a very sincere message to contemplate contemporary developments in HIV treatment, testing and prevention.

The second installation ‘Sire’ by Maria McKinney has taken a theme close to the artist's heart having grown up on a farm.  Her portraits of bulls feature the animals posing with pride (as if they were at crufts) in sculptural accessories she made from multicolour insemination straws.  This use of material from the subject matter is cleverly constructed in the craft of corn straw weaving.  Within the gallery of her photographs depicting the giant beasts is a display of the saddle sculptures from the pictures.  Here you can see with close inspection the detailed and beautiful knotted strands that form these sci-fi structures.  I love that a traditional technique has been taken somewhere completely new, especially to make such an important statement on how our alienation from agriculture is changing our relationship with food.

"Weaving pagan motifs with genetic patterns, ‘Sire’ is an invitation to think critically about contemporary cultivation and consumption."

Email ThisBlogThis!Share to TwitterShare to FacebookShare to Pinterest
Labels: The Wellcome Collection