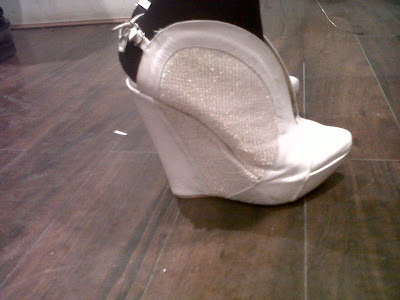 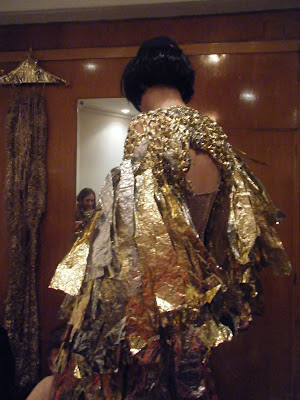 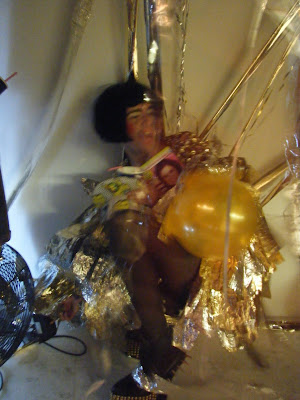 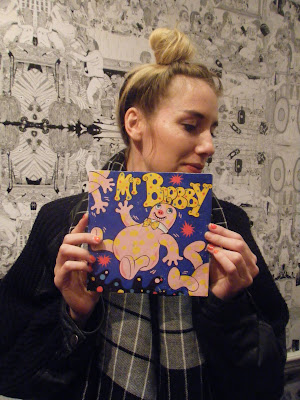 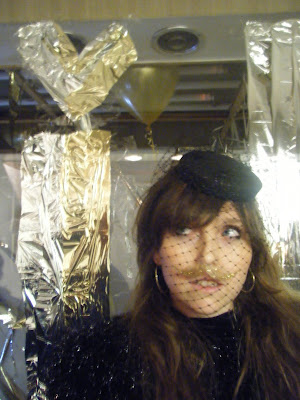 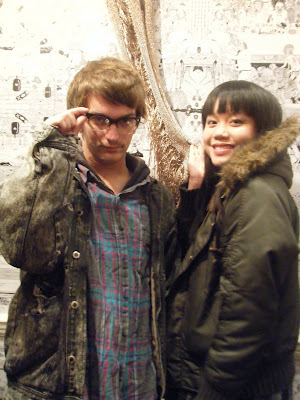 CRAIG LAWRENCE LAUNCH @ MACHINE A BY ZAIBA JABBAR from zaiba jabbar on Vimeo.

Although Craig's knitwear is stocked internationally, it has only just been picked up by a boutique in London and to celebrate the union, Machine A hosted a launch for the line. Soho's renegade outfitters emptied the store and left the interior and windows entirely to Craig's own devices. The accessories that Craig has knitted exclusively for the store hung inbetween photographic prints of his work from editorial shoots. A few of these included Morgan O'Donovans black/white images taken only a day earlier for an article on Dazed.
Craig's concept for the front of house had a VIP party in the window for the opening night with James hijacking guests and dragging them in for the ride. The glass box filled with jumping revellers, a wind machine and the gold foil dresses looked like the closest thing to Richard OBrien's crystal maze I have ever seen. Check out Zaiba Jabbar's film from the night to see a slice of the action............
As Craig is a thoroughly nice chap, this was reflected in the turn out which was a rammed affair including Sarah Mower, Charlie Le Mindu, Namalee Bolle, Kim Howells, Piers Atkinson, Anna Trevelyan, Alex Noble, Andre J, Josh Caffe, Hermione De Paula and dj's Alex Carle, Anna Patterinity and TE3TH.
Posted by fredbutlerstyle at 04:52