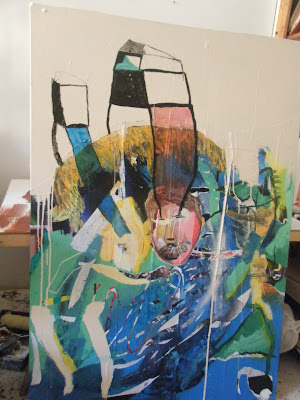 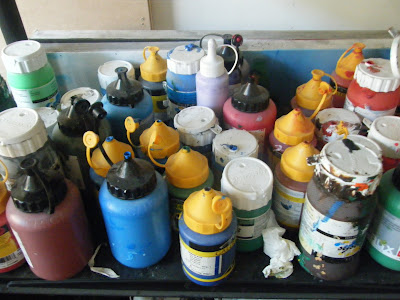 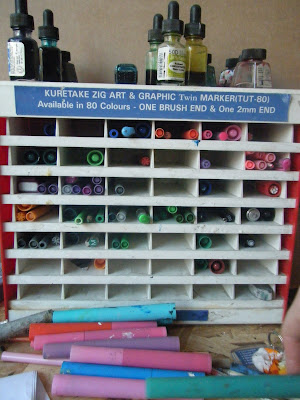 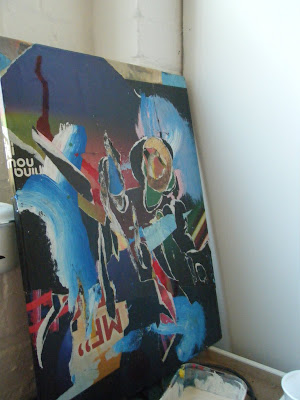 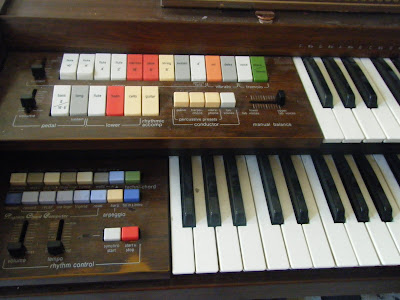 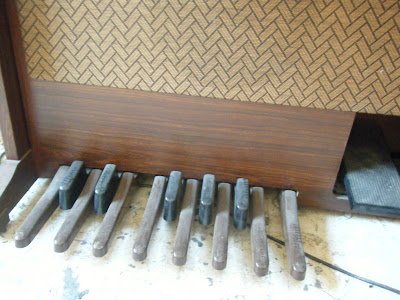 Here is the work space of artist Laurie Storey which I discovered by accident on stealing a heater with Rosy Nicholas at her new studio block run by Platform magazine. Laurie has acquired an organ in the move which was left outside with a note on "Free To A Good Homo". We are assuming it was perhaps written by someone whose first language may not be English or perhaps dyslexic??! Whatever the reason............ the colour of the keys are brilliant - just like Laurie's paintings which he is working on for an exhibition of new work to be shown later this month - 29-31 November- Madame Lillies, Stoke Newington. (Private View Thursday the 28th 6-9pm.)

Laurie also co-runs "Vulpes Vulpes" gallery in Clapton which has an opening this weekend of artist Lucas Pottier ..........The London Project
Posted by fredbutlerstyle at 14:26