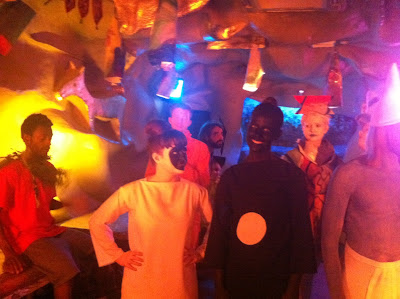 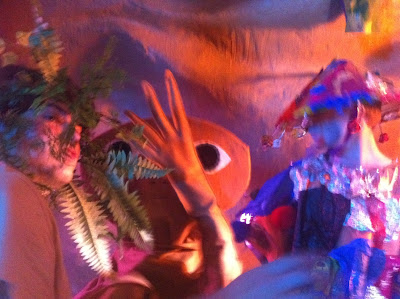 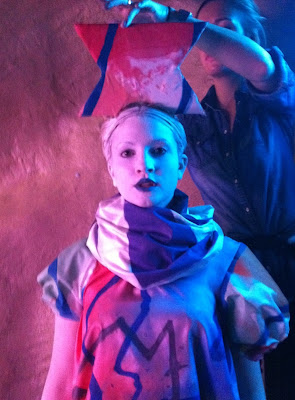 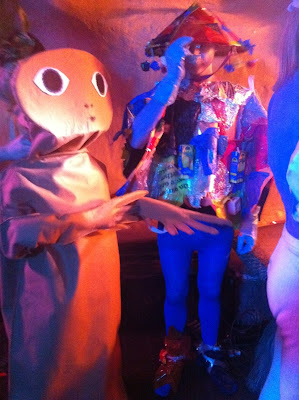 canyons - see blind through from daniel brereton on Vimeo.

The latest music video to come from the partner powerhouse of director Dan Has Potential and costume designer Cesca Dvorak is for a new Australian band "Canyons" on Modular. Despite being based in Sydney the band where filmed on location somewhat closer to home, especially if you are familiar with the Stone Cave restaurant in Dalston (quite the hot spot with Britney spotted outside Nandos over the way). The narrative features 15 intergalactic characters - an E.T, an alien, Smurf, yin+yang girls, honey collectors, giant legs, Hare Krishna, painted ladies..... all in the signature style of the creative crew I previously blogged for Cocknbullkid. This old house style tune with a disco discord and Arthur Russell esq guest vocals, sonically takes us back in time and visually transports us to another dimension! Here are Cesca's snaps on set from the shoot and the final edit video c/o Daniel.
Posted by fredbutlerstyle at 08:46