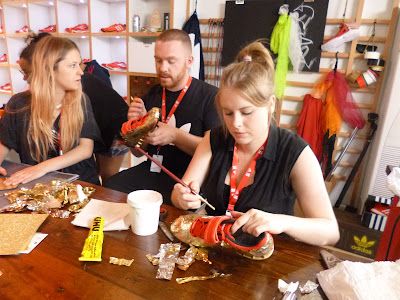 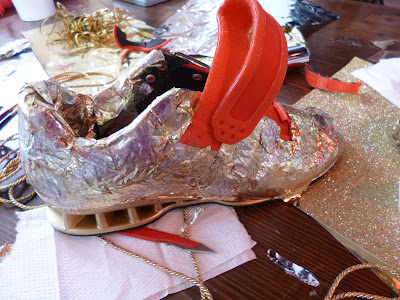 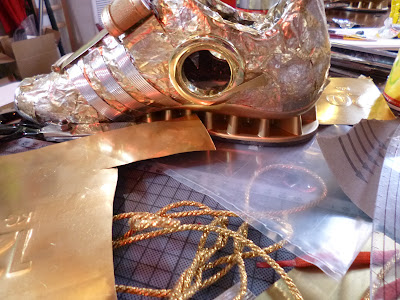 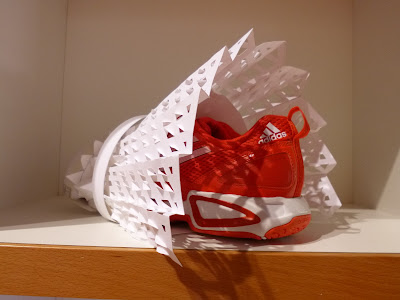 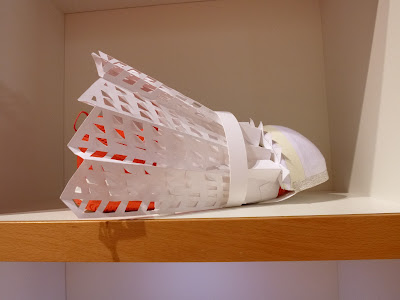 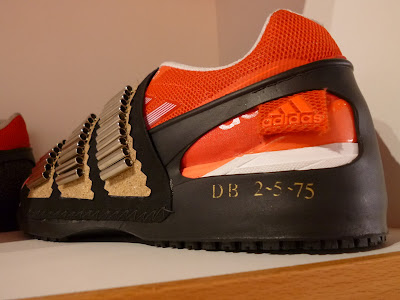 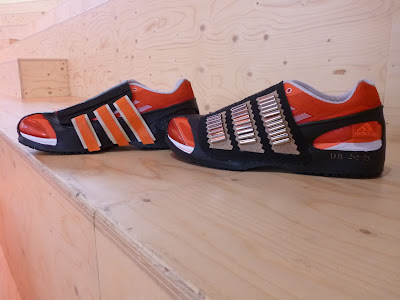 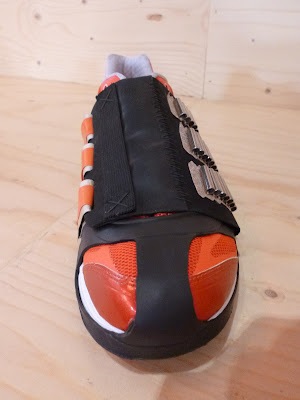 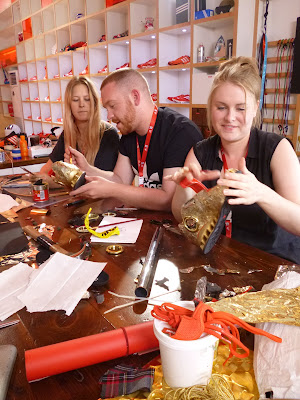 Here is Craig Green on his final of three days in the customising zone at ADIDAS in the Olympic park putting his midas touch to a pair of weightlifting shoes by turning them into a gold dumbbell.  He had to step up to the mark on his first day taking on the ultimate challenge of being thrown David Beckham's kicks to make into a narrative of his life story.  Watch Ian Pons Jewell's documentary clip which explains the process from putting the map of east London on the sole to branding the leather with his birthdate.  Each designer is being put to the test of having to come up with the goods in just one day to answer the brief of capturing the current story of each moment as it unfolds - in this case, David visiting the ADIDAS photobooth to surprise fans................... see more here.
(Craig working with his team Helen Price and Helen Lawerence)