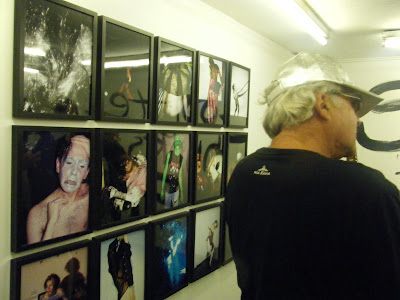 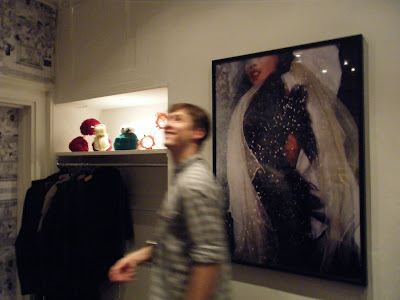 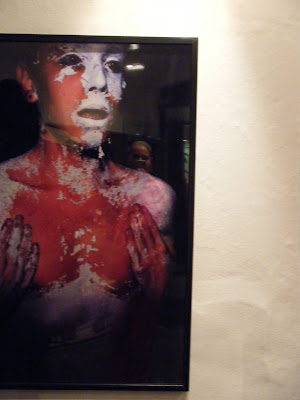 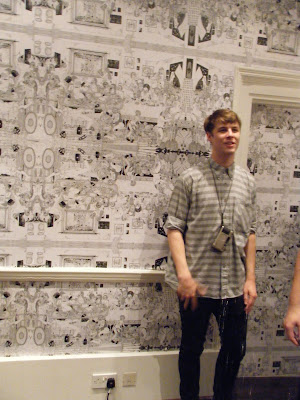 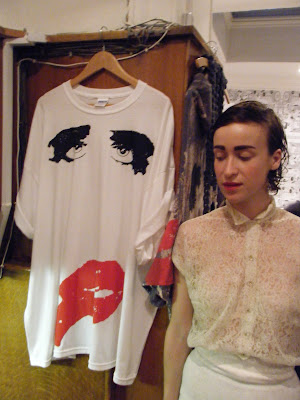 Just before leaving for Ellis Scott's exhibition I twittered to someone else attending "take your brolly", then promptly forgot to take my own.  30 minutes later after the monsoon,  my pink rip-stock nylon jumpsuit was stuck to my skin (*little was left to the imagination*) and my mascara had migrated to my chin............just the look I was going for when I got dressed in the morning.  So feeling self-assured in my perfect private view attire,  I was very relieved to finally arrive at Digitaria and find everyone else in the same condition.  So well done to all who ran the gauntlet of the Bladerunner London night to turn out in support.  "Drowned Rat" was the official look of the launch.
Ellis's first solo show is a mini history of performance art over the last few years with gritty glittery beautiful snapshots of The-O and the like.  He is never without his trademark accessory of a camera, so I bet his back catalogue of nightlife documentary snaps is quite something!  The show is on until Sept 20th so there is plenty of time to wait for the weather to subside and head into Soho.  Whilst you are there you can pick up one of Scottee's tees..........seen here with the beautiful Rosy Nicholas who discovered that her fro can be slicked to great effect.........reminiscent of a Robert Palmer girl we concluded?!
Posted by fredbutlerstyle at 01:11