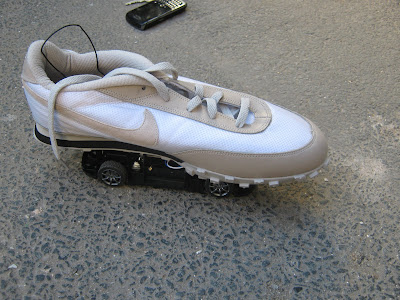 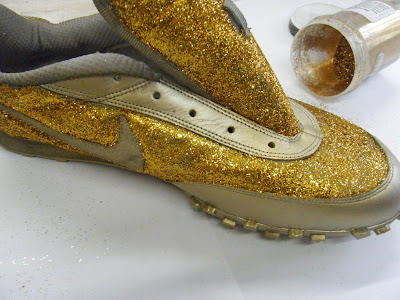 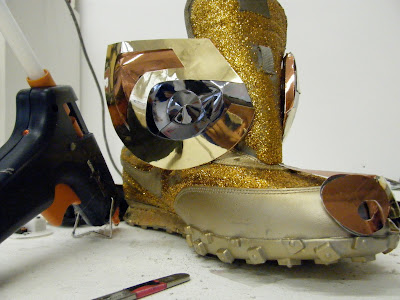 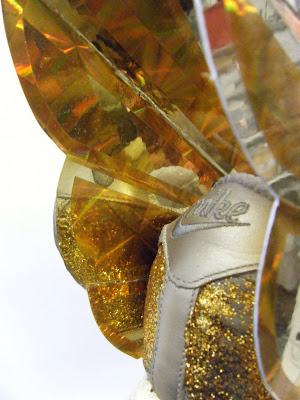 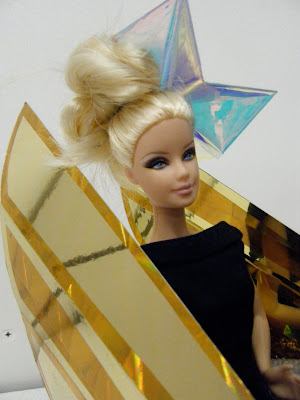 Paul Jenkin's project Nike 78 has brought together 78 artists to fulfill the following brief:
"Using sport as an inspiration, creatives have been asked to challenge the function of a pair of NIKE shoes".

When I agreed to join in, I asked Paul if it was a case of customizing the trainers to which I had a stern reply that NO it is no ordinary customisation commission but a case of reconsidering the action of the sports shoe............?! This sounded a bit serious to me and quite frankly I am no sportsperson or indeed have any interest in sport. So when I found out Chrissie Abbotts had been approached too, I pitched the idea to her of joining forces. We share a similar silly sense of humour and had alorra lot of lolling working this thing out. We couldn't agree on an idea, so I said "Chrissie, let's just do it " ..........."just do it" being a slogan for Nike...........this was the first of a voyage of puns that poured out of our mouths for the duration of the task. Infact the next one was Chrissie's reply "Lets get this shoe on the road". Est voila, a concept was born.............

"Let's get this shoe on the road"

We integrated remote control cars into our shoes to make them "Wacky Races" style characters. This involved lots of experiments with dismantling, re-wiring and test drives to literally "get the shoe on the road". Having assembled our individual Formula 1 frames, we made use of a sunny afternoon and drew out a chalk race track. Then the fun was over and it was down to the serious job of winning. We filmed the death match that was to follow and Chrissie edited the event to make our final feature film........... 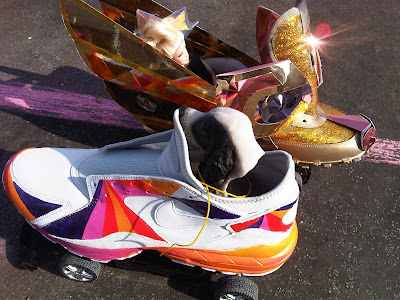 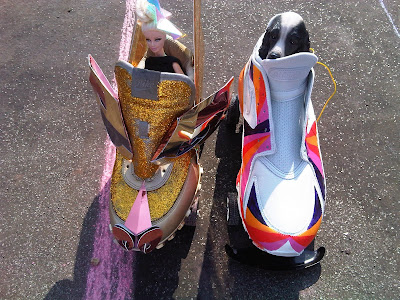 NIKE78 - Fred Butler x Chrissie Abbott | ‘Let’s get this shoe on the road’ from NIKE78 on Vimeo.

Thanks to Robert at Lighthouse Studios for allowing us to go crazy with chalks on his roof and thanks to Sebastian Camilleri for helping us on the day to steer our stellar contestants and shoot this epic feature............

amazing! have you bookmarked, one of my many favourite posts!! x