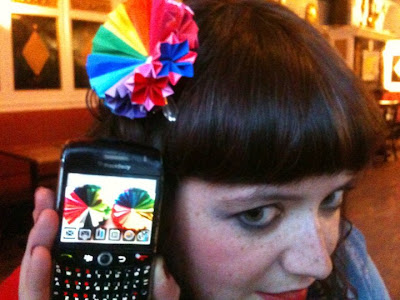 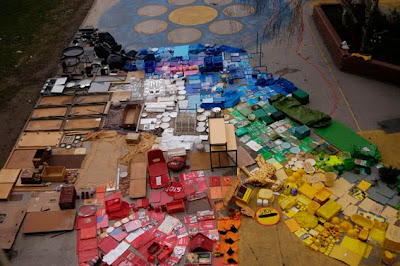 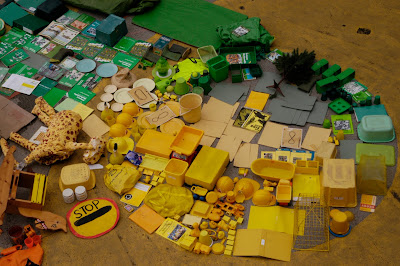 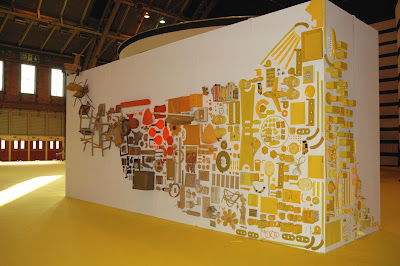 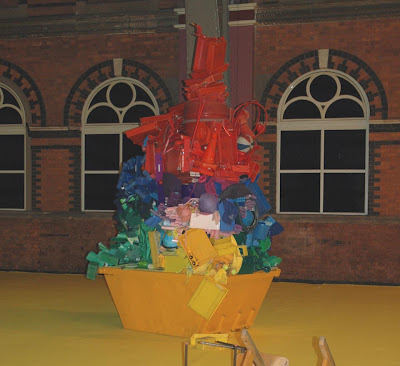 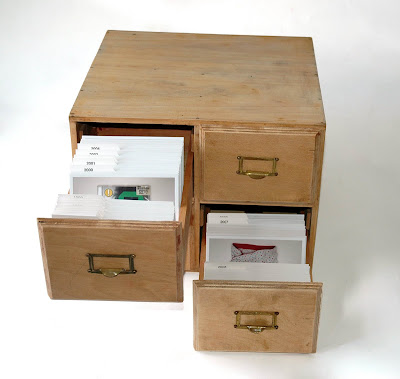 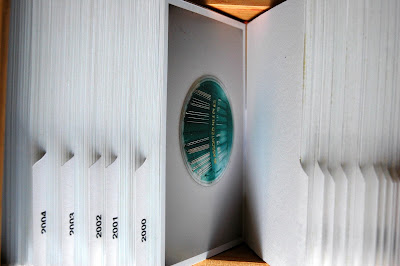 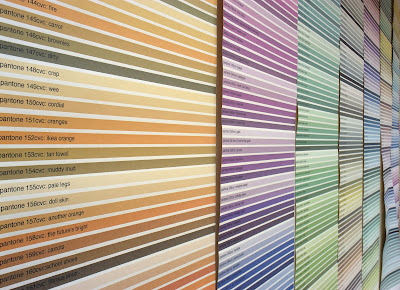 Born only 3 days before me was a girl named Verity. I very narrowly missed out on being called Verity myself but was given Felicity instead………..which incidentally is the name of Verity’s sister. That is only a little introduction to how our lives overlap. The main similarity between our kindred spirit is our total devotion to dedicating our lives to exploring the science of the spectrum and working with rainbows. However Verity has a special quality and upper hand in this department as she has synisthesia. I asked Verity to pull together an introductory selection of her archive to share with Fashion156 readers and here is her cosmic selection, enjoy!
(Here is a portrait I took of her wearing a spectrum hair slide I made for her 30th birthday)


“You've got a real survey of some old and some new work here.
I am from a fine art sculpture background and hail from a bizarre spa town in the south of the midlands which is totally devoid of culture or inspiration. The reason I'm telling you this is that I spent a huge amount of time then, and still do now, looking and thinking about the relationship people have with place and how this manifests itself. I am obsessed with systems, both formal and informal and am constantly looking for them and trying to rearrange them into new ones. I've always looked at the landscape, both physical and social, as a museum. In my recent work, I've been exploring how these invisible histories and stories can be reconstructed to make new mythologised histories.

What turns me on and has been doing so for a long long time:
spectrums
systems
maps
landscapes
process
the dark room
The enlightenment
taxonomy
The British museum
The ashmoleon museum
collecting
buying and listening and playing records in equal measure
positivity
exploring
adventure
etc etc

Screen-printing is my version of a sketchbook. I do very labour intensive precise CMYK printmaking, often a detail taken from 35mm or a slide that I have taken and reframed. This is my thinking time where all the biggest thoughts occur and work gets thrashed out and resolved. For example, the “Leeds Rainbow” print was a detail taken from a piece of film I shot in Leeds of a rainbow which was the most beautiful rainbow, I've ever seen, full arc. I was sat in the back of a car on the way to the Yorkshire sculpture park deeping out in silence.
I've always wanted to know if I could print a full rainbow spectrum CMYK so there we go!


“Dale Declutter” was a four year project at Dale Community Primary School in Derby. In brief, this was the first knee jerk response to the school's biggest issue of having no space, when it was filled to the rafters with defunct equipment and rubbish. A skip was hired and the school was decluttered, the resulting images are all of the rubbish laid out in colour order, again raising issues of value: how can you make something beautiful out of rubbish?
The skip and the wall were then commissioned for the creative partnerships national conference at the Manchester GMEX. The work in Dale had been selected as an example of best practice and we were approached to do a piece. I contacted all primary schools within the local area extending out to the Thames gateway (the shape on the wall is loosely the Thames estuary) and repeated the exercise.


The “Colour Wheel” self portrait film was exhibited on a loop to complete a full colour wheel/portrait (geek). I also made a physical archive, where I separated every object into the year which I remember acquiring them (again pretty exposing in terms of value, nostalgia, materialism etc) I've added a couple of pics to this.
I STILL have my cassette and vinyl collection from the 90's. I also tried to explore value with that project, how a bobby pin can be the same scale as a dress etc

What am I working on now?
I have a very exciting new commission for the Olympics with London Borough of Barking and Dagenham where i shall be devising and delivering a two year project around the borough exploring attitudes towards the games, compiling a living mobile archive all of which will inform an art work (either temporary or permanent, I just don't know yet!! all pretty scary but exciting)”