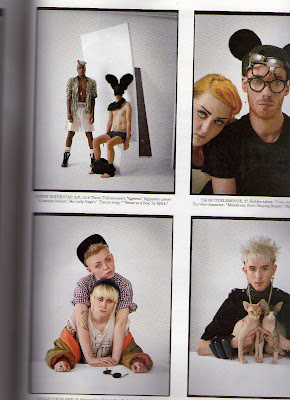 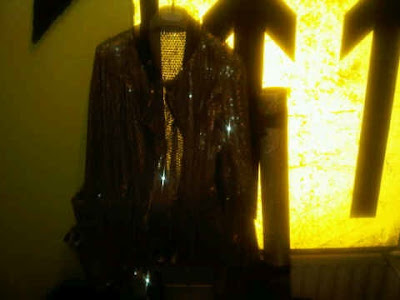 Here is a date to put into your diary..........after a day of menswear shows, go and see ROWDY SUPERST*R perform the first show of material from his upcoming debut album on the 22nd. ROWDY has produced the record with Matthew Herbert who is launching his own album "One Club" at the event. ROWDY is the latest talent to emerge from the Accidental Records stable, which has previously nurtured the likes of The Invisible and Micachu, along with production for Radiohead, Roisin Murphy and Björk. Although this background guarantees that the newest star to ascend from the Accidental calibre cluster will be avant-garde, all I can say is that you have to see it to believe it! ROWDY is like a meteorite that has crash landed from another musical planet and the performance matches the mood. This unstoppable comet ball of fire is set to ignite the stage with both his experimental tracks, lights, costumes and moves. Working in consultancy as a stylist and choreographer for other artists, ROWDY's intuition for all aspects of presenting and compiling a character is 10 fold when the concentration is on himself! For example I can't think of another musician that would stay up all night sewing their own costume for a shoot (see here the silver sequin bomber that ROWDY rustled up for his portrait with Tim Walker in the new W Magazine).

I cant wait to see what he and the HYPE Girls will be wearing for this show...........to get tickts, click here.
Posted by fredbutlerstyle at 04:43