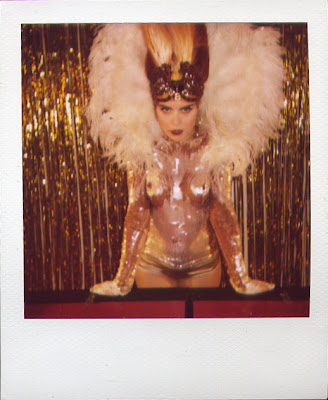 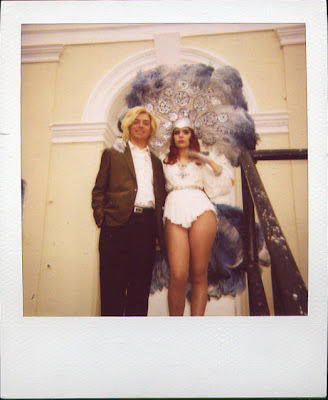 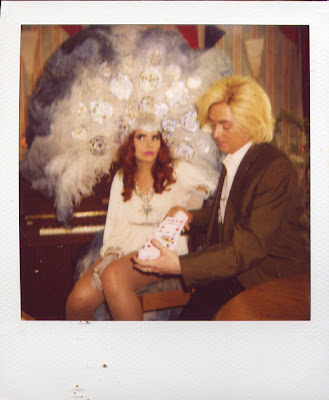 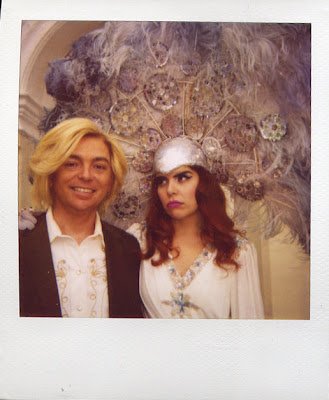 According to Wikepedia and general knowledge, Paloma Faith was once a Magician's Assistant. The previous incarnation which has conveniently contributed to her unique charismatic stage performance is now written into the narrative of her new video. Director James Copeman's kitsch, sharp witted idiosyncratic style has captured Faith's intrinsic British sassy & saucy sensibility for Smoke & Mirrors.

"she wanted to show a miserable and repetitive life of a magicians assistant. I thought of setting it in a very English b&b and that she should murder him at the end :)
He is actually the magician that she used to work with"

Here are some of James trademark Polaroids from the shoot of Paloma in the incredible outfits which she donnes as the Magician's assistant. I love the way the giant sequin plumed headdress knocks the grannies round the head in the b&b as she serves them tea. I also love that this aesthetic is totally true to her Burlesque roots and that she has always held on to her own look without surrendering to record company criteria. I will never forget the first time I saw Paloma perform in an Easter Island tropical theme club in South London wearing a cute little Sailor's outfit.

To see more of Jame's Polaroids and read the 3 part interview I did with him in 2009, click here.
Posted by fredbutlerstyle at 01:52