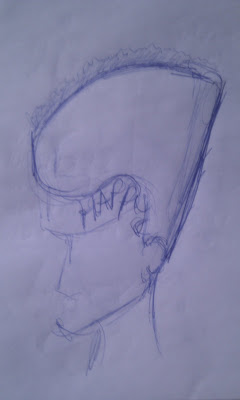 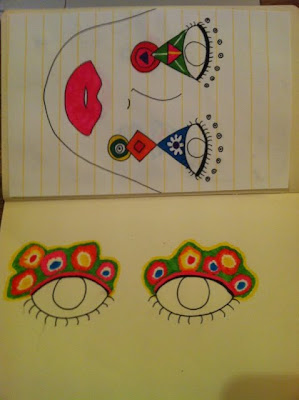 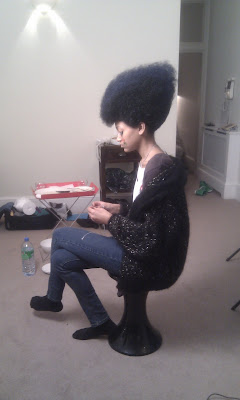 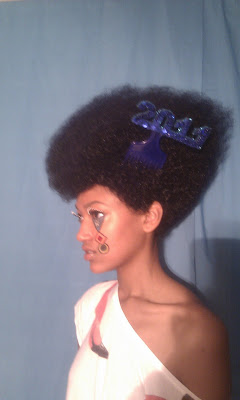 Here are Seema's behind-the-scenes workings from our New Year image for which she constructed a sculptural angular Afro to sit the numerical fro comb in. When I was thinking about how to incorporate "2011" this year, I found some amazing different combs in NYC and also watched the brilliant "Good Hair" documentary by Chris Rock. Both of these reminded me of work I had seen of unusual hair created for shoots by Seema Chopra so I asked her if she wanted to get involved. Seema's specialism within hairstyling is designing wigs, having initially studied graphic design and later trained as a theatre wigs dresser. She now creates bespoke wigs for fashion houses such as Louis Vuitton, Christian Dior and Agent Provocateur and productions for Royal Shakespeare co and The English National Opera. All of which you can investigate further at her site and blog.

(Here is one of Seema's sketches and also one of Megumi Matsuno's makeup test sketches)
Posted by fredbutlerstyle at 07:03