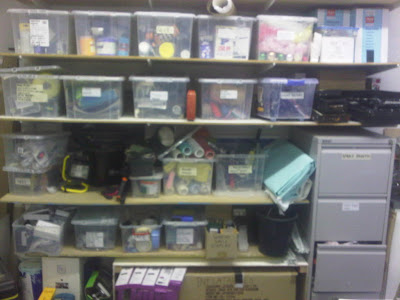 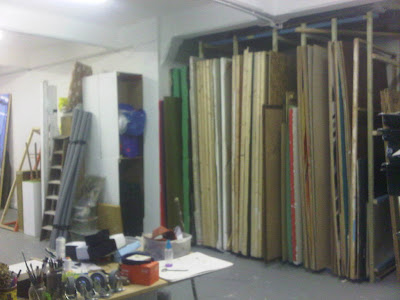 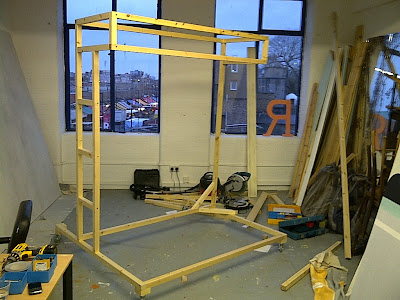 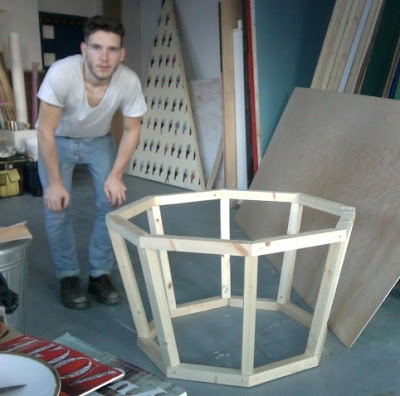 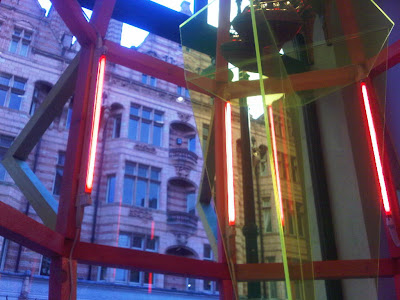 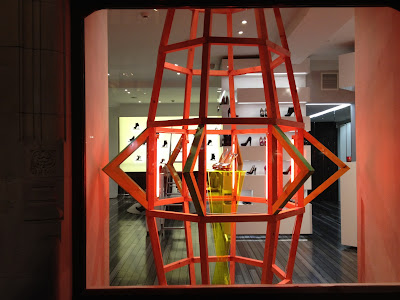 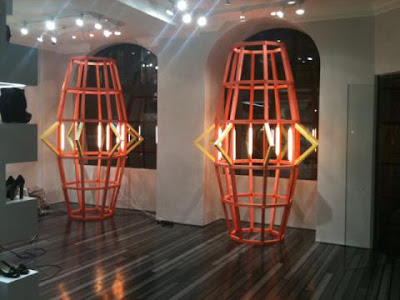 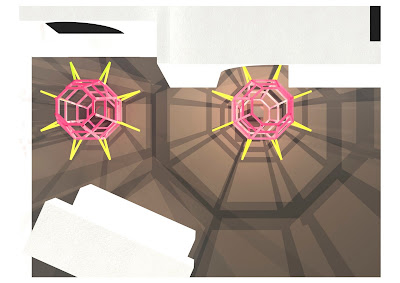 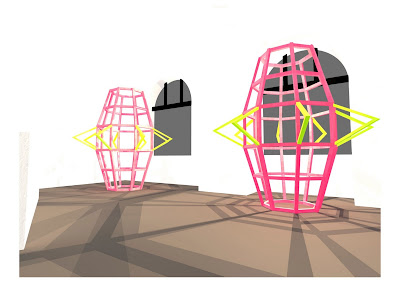 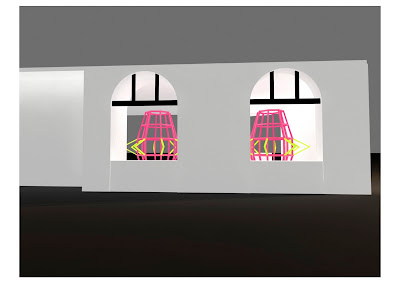 I first found out about set designer Robert Storey when I took part in a TEST fashion film screening last season at Somerset House when Thomas Giddings showed his film "Lavender" for which Robert had built bright orange frames to plant in a field of purple blossom. Since this time I have been blogging his work by proxy via his collaborations with Quentin Jones on her animated fashion films and installation at Darkroom Store. Now I discover that he is based in a studio round the corner from mine and has emerged from the same set design training stable, having assisted Shona Heath. ...........but originally hailing from a fine art sculpture degree at Central St. Martins.
When writing up the British Fashion Awards, I commented that there could easily be an additional award for art department and here is the proof. The sector of the industry has grown substantially since it first became an actual valid position and career with the likes of Simon Costin and Michael Howells. The initial talent gave way for their assistants to take over surplus jobs when the work rolled in and now a third and fourth generation are rising up and many of the names I have been profiling on here......... Emma Roach, Rhea Therstein, Alun Davies, Helen Macintyre, Andy Macgregor, Gary Card, Jiggery Pokery, Andy Hillman, Alex Cunningham, Rosy Nicholas, Kyle Bean ................. its a close community of fastidious, work-a-holic, kleptomaniac imaginative fantasists living out their childhood dreams.
Robert's latest commission (see above) reminiscent of a vintage wooden toy is for a static display at Nicholas Kirkwood's Mount Street flagship store. Here are the technical drawings and final set up snaps of the three metre high colourful geometric structures. From building at his East End studio full of flats to the windows of a West End boutique, the plinths have been designed to house Kirkwood's trademark feminine playful shoes lit with neon strips............... all featured on his brand new website just launched to house his archive of editorial, advertising, still life, installations and moving image.............. click over to have a look and keep up to date with his upcoming projects on his blog.
(All images c/o Robert)
Posted by fredbutlerstyle at 09:06